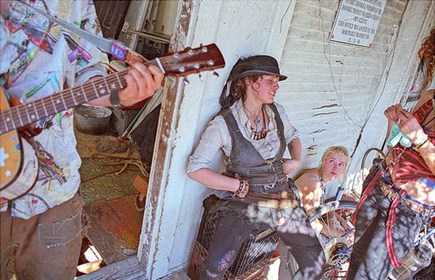 Believe it or not, the world’s only superpower and most industrialized nation has millions of people living below the United Nations poverty line index. What’s more, a considerable number of these people are youths who are actually homeless or lack proper shelter due to various causes. The exact number of homeless youth in America is really hard to pin down, but the Department of Justice through the Office of Juvenile Justice and Delinquency Prevention releases estimates based on field studies.

The last of these reports to be released was some six years ago in 2002, in which the agency put the figure at a modest 1,682,900 homeless youth. Independent studies have put the ratio of girls to boys in this homeless youth figures at more or less equal.

A report by the National Coalition for the Homeless titled Homeless Youth {National Coalition for the Homeless, June 2006} makes a very grim reading. The report cites numerous independent studies which have shown that youth homelessness and general delinquency are on the increase in the United States. The report cites estimates by another group, the National Network of Runaway and Youth Services, which says that up to six percent of the homeless or ‘unaccompanied’ youth fall under what is referred to as GLBT. This simply means that they are gay, lesbian, bisexual or transgender. Compounding the situation is the rate at which homeless girls get pregnant, which a Health Resources and Services Administration report {HRSA, 2001} put at between sic and twenty two percent.

The rate at which American youth become homeless year in year out {seven percent every year} can be pegged to various social and economic problems and causes. The most prominent are to do with problems in the family set up. It is no secret that the fabric of the average American family especially one that is economically disadvantaged is all but frayed. Divorce rates are rising and so is domestic violence. Teenagers growing up in these circumstances are more likely that not to run away from home and join the growing figures of homeless youth in America.

The next major cause has to with the economic disposition of a good number of urban American families. In urban housing projects where a large family is forced to share small apartments drives the youth out in search of some freedom and privacy. Pressure from the society could also be a factor where a youth looks at his or her life situation vis-à-vis the lives of a majority of Americans and starts looking for a way to get a quick buck and improve their conditions.

This erroneous view of life eventually leads to more complex societal problems as youths once in the streets find themselves engaging in dangerous lifestyles, either as a necessity so as to survive or as a result of peer pressure. Street violence, prostitution and exposure to various health hazards become a direct consequence of homelessness, which not only comes to bear on the youths and their families but on the society as a whole.