The thought of mortality has crossed everyone’s mind around the time they turned past 28 and suddenly realized that maybe, just maybe, they are not awesome enough for God to break the most basic laws of the physical world and grant them eternal life. Coming to terms with death is something we all must go through, but then again who says we have to go out without a bang?

In reality there is a number of ways to leave a mark on this planet that will help you be remembered long after your corpse will be burned for heat during the upcoming nuclear winter. One, you can die while committing the most heinous crime in recorded human history, but our legal department has told us we can’t actually support the idea of you blowing up an orphanage for AIDS infected kittens or something, so that really only leaves option number 2: write a bizarre last will. 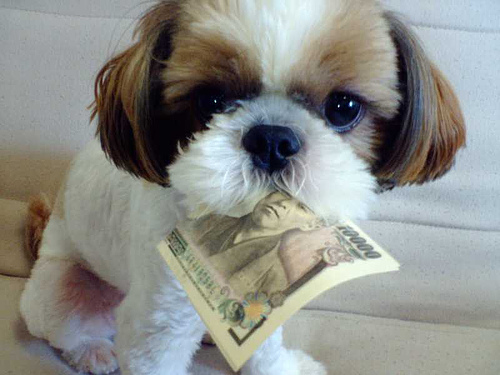 Last Wills are a funny thing. You can stipulate basically whatever you want in them but it really won’t matter to YOU personally, because, well… you will be dead and everything. Last Wills only have an effect on the living, who for some reason treat them like a rough draft of the sequel to the Bible. To disrespect a Last Will is unthinkable, akin to digging up your grandma and slapping her across the face with a rotten salmon – you simply do not do that.

That is precisely why a Weird Will is the perfect way to stay remembered for years to come, even in death. We at Weird Worm firmly believe in this and after we are all dead, we want our earthly possession to be sold and put into a huge trust fund, available for inheritance to anyone who masters the ancient art of Bengal Tiger juggling, which we just made up. Bonus points will be awarded to the individual who does it while being set on fire.

Oh, do you think we are taking it too far? Not in the least. History has known dozens of practical pranksters who struck from beyond the grave, coming up with Last Wills so hilariously bizarre and dangerous they make our will look downright tame and boring. It probably also helps that their wills are real while ours is fictional, created just a few seconds ago for comedic purposes.

With that being said, get ready to take a lesson in Comedy After Death with Weird Worm’s Wormcast about the Weirdest Wills in the World.

You can read more about weird wills here: https://www.weirdworm.com/6-weird-wills/