Do you know the difference between a refrigerator and a fridge? These are words that are used interchangeably to mean the same thing, yet the more you look at it the more questions it raises.

Most of us have a general idea of what a refrigerator and a fridge do, but the origin of these names seems to be unclear to many.

By the 19th century, these refrigerators had been replaced by much smaller units called refrigerators, which were powered by electricity. The word refrigerator was later shortened to ‘fridge’, just as the telephone was shortened to phone. However, some people believe the word fridge was influenced by the kitchenware manufacturer brand Frigidaire.

Initially called the Guardian Frigerator Company, Frigidaire was founded in 1916 and after it became a huge success in the home appliance space, people derived the word fridge from the company’s Frigidaire models.

Either way, it was not practical to spell it ‘frig’ or ‘fridge’, and therefore the letter d was added by analogy with words like ‘bridge’.

Just as with most abbreviated words, it is believed that the word fridge was already popular in spoken English before it was used in print. And since writers wanted to spell the word to sound like it is pronounced, they add the letter d. Writing it as frig would not have sounded as pronunciation since most words that end with the consonant g are usually pronounced with a hard –g sound, for instance, pig and mug. Since the word ended with a \j\ sound, the writers might have decided to spell it to follow the pattern of other similar English words that end with the sound \j\, for example, bridge, judge, and lodge.

However, as it appears, there are subtle differences between a fridge and a refrigerator. While they are both designed to maintain a standard temperature and help preserve items, the differences are rather uncanny.

Difference between a refrigerator and a fridge

From a casual viewpoint, a fridge is just a short form of the refrigerator, which is a word for a cooling device used in kitchens around the world. A refrigerator is seen as a long word that involves a lot of alphabets, making it quite inconvenient to pronounce or write in labels according to Breezer Freezer.

But, many professionals never use the fridge to mean refrigerator, since this exudes a rather casual appearance of the device.

The main difference between a fridge and a refrigerator is that the latter is an upgraded version of the former, and they often come with a built-in freezer and are usually more powerful than fridges.

On the other hand, a fridge comes in a wide range of sizes and designs, and it usually doesn’t feature a freezer.

So a refrigerator combines both the freezing and cool functions, while a fridge eliminates the freezing function in order to enhance compatibility.

You will find a refrigerator in residential homes or commercial kitchens. They usually feature a huge glass window and are huge. Fridges are usually small in size and you will find different versions of them in hotel rooms and bars in the form of a mini-fridge.

What are the purposes of refrigerators and fridges?

By now, it is evident that what differentiates a fridge from a refrigerator is size. And because of this, the two models are used for different roles.

While both of these two can be used to preserve items such as food and beverages in lower temperatures, fridges have less freezing and cooling power compared to refrigerators. 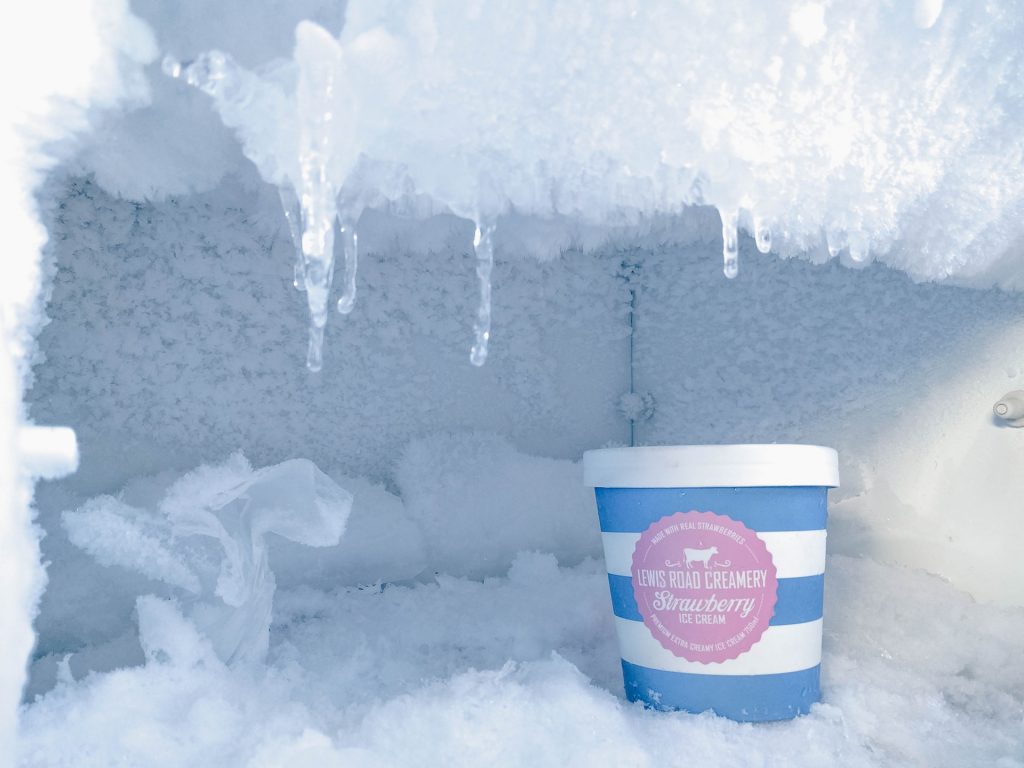 When it comes to the functionality between a fridge and a refrigerator, the latter is designed to maintain the temperature a couple of degrees above the water freezing point for optimal temperatures for conservation.

The freezer part on refrigerators enables the model to keep the temperature below freezing point, allowing food to be stored until when needed. Fridges are usually designed to maintain a lower temperature to allow their interior features to maintain a cool temperature.

However, still, the cooling power of a fridge does not compare to that of a refrigerator and thus cannot maintain the preservation standards of a huge refrigerator.

Which one is better?

I think this comes down to what to need the device for. A refrigerator is appropriate for storing large amounts of domestic goods that can be used in the future. It can also last for a long time and thus is an ideal investment in the kitchen.

A fridge on the other hand comes in handy when you want to store items like bread, pasta, fizzy drinks, packaged goods, and water among others.

A refrigerator is also perfect for storing edibles such as veggies, fish, meat, poultry, and dairy products.

Nevertheless, both of these versions come with their own pros and cons. The efficacy of either model will depend on your needs and cost. For instance, while refrigerators can accommodate more items and are more efficient in terms of preservation, they are also costly and take up too much space. Fridges on the other hand are compact and can fit into any space in your kitchen and are less costly, but they are not as efficient as refrigerators and accommodate few items.

Who invented the fridge?

According to the records, the first form of the artificial cooling system was invented by William Cullen from Scotland. Cullen was first to demonstrate how the rapid heating of liquid to gas can lead to cooling, a principle of refrigeration that is still in use today. However, Cullen did not try out his theory, but many engineers were inspired to turn it into practice.