The gaming industry is rapidly growing, and there are new titles introduced each year, with more advanced graphics and gameplay. This industry became so popular that it holds a bigger share on the market than the music and movie industries combined. A large percentage of people enjoy playing all sorts of video games every day, and you can choose between many genres. Live streaming of matches is also very popular, and you can watch some of the best players on platforms like Twitch or YouTube. Over the past few years, tournaments in some of the most widespread video games became so popular that we will have an eSport competition on the next Olympic games. The price pools on some great tournaments are over $5 million, and even more in some cases. The most popular titles are competitors’ games like Counter-Strike, Dota 2, Call of Duty, League of Legends, and many more. There are even some TV channels where you can watch these tournaments.

In that matter, the fact that many people are interested in betting on these matches is not a surprise, and many bookmakers and online casinos already introduced this feature. We have to mention that online gambling is also on the rise, and it became more popular than standard land casinos. The main reason why people prefer online casinos is because of convenience and the ability to gamble whenever you want without the need to live your home. There are numerous online casinos available today, but you should choose only those that offer security and great deals in terms of bonuses and high RTP. If you are interested in an online casino with a great status and the ability to gamble on eSports, visit Unikrn.

There is a great rise in the popularity of betting on eSports. However, you have to be familiar with these games and players, along with their teams, to be more successful in gambling. For people who are not gamers, it might seem as there is always the same chance for both teams to win. However, as in common sports like soccer, basketball, and others, you need a lot of experience and advanced skills to become a professional gamer. Also, there is still plenty of space for the improvement of the betting industry related to virtual sports, and many think about how that is the future of gambling. Here are the main reasons why eSports gambling is the future of betting.

1. The Trend is Following the Growth of the Industry 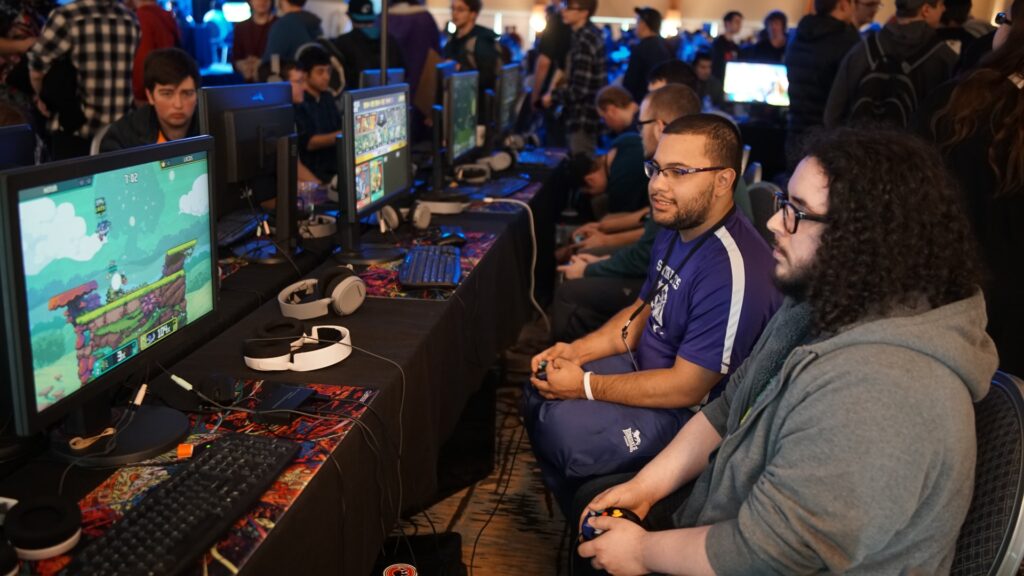 The eSports industry is still far away from mainstream sports competitions like the NBA, NFL, or most popular soccer leagues in Europe. However, with current progress, it might reach their popularity in the next 5 to 10 years. According to the statistics, the revenue of eSports is over $1.5 billion in 2023, which is around 5 times less than the NFL and some other popular leagues. However, virtual sports are growing much faster than any other competition. When it comes to betting, there is the same projection related to the huge rise of people interested in betting on eSports.

2. The popularity of Live Betting

For many people live betting is the most interesting part of any sports events, because you can place a bet during the match while predicting the outcome according to the current situation in the game. For example, when it comes to common sports, you can gamble on which side will score first, who will have more points in a quarter, or which player will have the most points. You can use those bets on eSports games as well. For example, if you are watching a Dota 2 match, you could bet on who will destroy a tower first, who will get the first triple-kill, killing spree, and more. The same thing is with other games, and there is a variety of odds available depending on the game. With these features, watching live streams will become even more exciting.

Since it is still a new feature, online casinos and bookmakers don’t have much experience in setting odds for various events. Therefore, you can use that as an advantage if you are a real gaming enthusiast and follow the current situation with the best teams. While trying to predict who will be the winner is simple, and can be easily predicted by previous performances of players, some other types of odds can be predicted only by people who are more often watching those players. For example, you can predict the number of frags in Counter-Strike, and there might be even a feature where you could bet on the duration of games such as Dota 2 or League of Legends. Many opportunities could be implemented and make this type of gambling even more attractive.

What Are the Challenges?

Besides the many opportunities, there are also potential issues that could slow down the rapid growth of betting on eSports. First of all, there must be some regulations involved related to gamers to avoid rigged matches. That is one of the reasons why many people who still avoid placing a bet on some video game. They will have to implement a special organization of experts who could determine whether some game is fixed in advance. Furthermore, bookmakers will have to expand its selection of odds and available games. Currently, there are only a few tournaments available for betting. However, implementing hundreds of tournaments would not be an issue.

Also, there should be more stats available online about the performances of teams, which could attract people to research them and decide to gamble. Moreover, most of the older generations are not so interested in this sort of gambling, but that could also change with more TV shows related to the gaming industry. The most interesting part of virtual games gambling is that represents something new and you can have a unique experience while placing a bet on a video game. It will change how people are looking at live streams, while TV programs that feature these events will become much more popular.