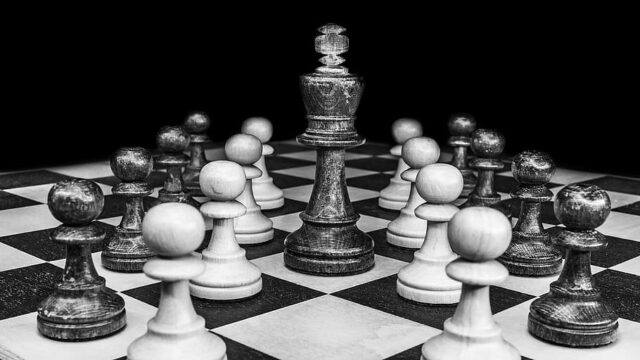 2020 was a year in which online gaming reached new heights. More new players than ever before packed online gaming lobbies either just to enjoy competing against others from around the globe or to try and become the next big thing in Esports or streaming.

This charge was also led by a number of big title releases, rounding out the year with Cyberpunk 2077, which even boasted an appearance from Hollywood A-lister Keanu Reeves.
However, not everything has been hunky-dory in the world of online gaming, with the aforementioned Cyberpunk release flopping badly and some updates to popular battle royale games also receiving underwhelming reviews and player feedback.
All this has given rise to a surprising trend, whereby ancient and classic games, which were once seen as being too old hat to stay the course online, are now making major inroads into the player bases of more graphically superior games.

Some such classics include chess, poker, and even backgammon, all of which have seen a huge uptick in player registrations on PC and mobile throughout 2023.

In this article, we delve into exactly why that is, as well as looking at if this is a trend that is here to stay for 2023, rather than a fleeting flash in the pan.

Here are all the reasons that classic games hit the comeback trail in style throughout the twelve months of 2023.

Board games like chess that challenge players to the max and surging in popularity, thanks to gaming companies reinventing them for online audiences There is no doubt that one of the main aspects behind more people moving into online gaming in 2023 has been the fact that the overall cost of playing has dropped, with everything from top strategy games to raging battle royales now being available to players partly free of charge.

Purveyors of classic games have keenly followed this trend, which prompted many to either make their games completely free to users or partially free, dangling the carrot as they found out if people wanted to continue playing or not.

Some good examples of this include Chess.com, which gives almost completely free access to everything from live chess tournaments to video tutorials. Approaching things slightly differently are PokerStars, who enable new players of Texas Hold’em and other poker variants to try them out using what is known as ‘Play Money’. Last but not least there is 247backgammon.org, where games of backgammon can be played at any hour of the day or night at a minimal cost.
As many online gamers get used to free-to-play payment structures, these classic games and their free versions will continue to bring more and more players into their midst.
Many online gaming streamers are turning to games like poker and chess because the breaks in play allow them to interact more with their followers and build compelling storylines

One of the major upsides of games like chess or poker is that they are easy to pick up for new players but are equally impossible to master for experienced players.

This means that players are constantly being challenged to improve as quickly as their peers, developing healthy levels of competition while maintaining interest in the game as a result.
This is in stark contrast to other more modern gaming titles, where the interest can wain quickly once a game is completed or a certain skill set is fully grasped by a player.

3. Classics are Conducive to Online Streaming

These days the boundaries between someone being a gamer, a broadcaster, and a content creator themselves are being blurred, thanks in large part to streaming platforms like Twitch and Facebook Gaming, where gamers are encouraged to market themselves as entertainers in return for donations from their followers.

When it comes to games that do well on platforms like these, they tend to fall into two categories.

The first of these is one based around all-out action. Streamers who fit into this category include huge names like Dr. Disrespect and Nick Mercs, who consistently stream high-quality content of them playing Call of Duty, Valiant, and other battle royale titles.
The second variety of gaming streamers tends to be one that focuses more on building a rapport with their followers, as they play games like poker or chess, games which often allow ample time in between moves or hands for the streamer in question to engage with their stream’s chat.

Of course, the more people there are watching top-level players on Twitch and other streaming platforms means that many will become players themselves, as they look to emulate their streaming heroes. This is undoubtedly helping to drive the increased numbers seen on classic gaming sites and apps.
Many top pros who specialize in classic games act as additional media outlets and advertising avenues for companies that run classic games online

4. Young Successful Players Act as Ambassadors for the Games

While streamers have played a huge part in driving the online success of classic games, such individuals are often so caught up in the broadcasting ventures that they never manage to reach the elite levels of their chosen Esport.

However, that does not mean there are not highly engaging individuals leading the way at the pinnacle of these games.
A perfect example of this is the chess grandmaster Magnus Carlsen, who’s smart and youthful approach to the game has brought untold amounts of new interest to chequered boards online and offline.

5. History Shows that Playability Endures Above All Else

At the end of the day, games like chess, poker, and dominoes have been around for centuries, and some even date back thousands of years.

What this shows is that what ultimately makes a game successful is its adaptability and the sheer number of possibilities and experiences it can offer to players.

By continuing to home in on exactly these qualities, classic games will undoubtedly continue to thrive in the online sphere and beyond, as developers of other games get too distracted by flashy graphics and overblown dynamics.