Home Celebrities Who Was Ted Jorgensen? 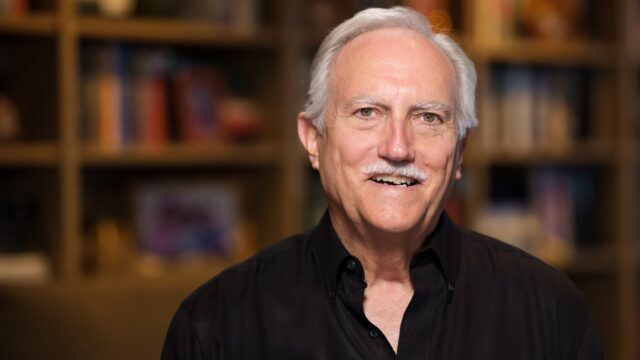 Ted Jorgensen, 69, who owned a bicycle shop in Arizona, is the biological father of Jeff Bezos, the founder, and CEO of Amazon.com.

Jorgensen, however, did not know that Bezos was his father until the end of his life.
I didn’t know where he was, whether he had a good job or not, not even whether he was alive or dead – Jorgensen told Brad Stone, author of The Everything Store: Jeff Bezos and Amazon’s Age.

I was not a good father nor a good husband – added Jorgensen, who planned to re-establish contact with the Bezos family.

According to USA Today, an assistant at a bicycle shop in Glendale’s city says that Jorgensen did not come to work on Thursday, although he comes every day. These are just some details from the book about Bezos and his $ 140 billion company.
Bezos, whose real name is Jeffrey Preston Jorgensen, was born in 1962. His parents, Ted Jorgensen and Jackie Gise were teenagers at the time. According to USA Today, in June 1965, his mother filed for divorce and later married Miguel Bezos.

Three years later, they moved to Houston, when Jackie asked her ex-husband to allow Miguel to adopt Jeff and not to go between in their lives. Jorgensen agreed, believing that his son would have a better experience that way. A few years later, he lost contact with his family and forgot their last name, according to Stone’s book.

Jorgensen moved to Phoenix in 1974, and six years later, he bought a store in Glendale. The shop’s name is Road Runner Bike Center, and it is trendy and famous among the local people. Like his son, Jorgensen is focused on good service and competitive prices – his shop is rated five stars in a local guide.

After the heartbreaking divorce between Ted and Jacklyn, he remarried to a woman called Linda. They were in a marriage long 27 years until he died in 2015.
According to Stone, Bezos views Amazon employees as “consumables, allowing them to make rational business decisions where others might allow their emotions and personal relationships to get in the way.” It is also stated that Bezos is known in the company as a “madman” who can shout at employees when they fail at work.

“These things may have contributed to the company being among the worst in terms of technology in terms of employee retention,” Stone writes.

Ted Jorgensen was born on October 10th, 1944, and raised in Chicago. Ted also has spent several years in Albuquerque, New Mexico, and then Glendale, Arizona, where he lived the rest of his long life.

Ted would not have been aware of his son’s existence if Stone, the writer of the book, had not contacted him and explained to him, and it is said that Bezos never got in touch with his biological father again because his mother demanded it of him.

Before he died, Ted’s last wish was to meet his son, shake his hand, and nothing more. Unfortunately, that wish did not come true.