Home Home Weird Things People Have Been Arrested For

It’s not really a secret that there’s a lot of crime in the world, and there are some real, tough, big time criminals out prowling the streets, making you feel unsafe with their guns and ski masks and gruff demeanor. All criminals have those things, right? We don’t really know, we write most of our articles from a gated community.

Anyway, it just makes you appreciate the police officers who put their lives on the line to keep us safe, day in and day out. You know, from the murderers, thieves, and snowball throwers. Wait, what? One of those things doesn’t really fit in. I mean really, what’s wrong with a little larceny? The bottom line is that there are a lot of things that people have been arrested for which, frankly, seem pretty messed up.

Let’s be honest, at one point or another, those of us who celebrate Christmas have probably snooped for presents or shaken gift boxes to try to get a hint of what’s inside or begged our parents to let us open a present early. And then there are some folks like one 12-year-old South Carolina boy who had the audacity to open a present early, finding a Gameboy inside and, at the same time, earning the ire of his mom. By the way, she promptly called the cops on him.

Yes, you read that right. The boy’s 27 year old mother phoned the police after the kid opened the present without her permission, and they actually arrested him for petty larceny. The best (worst?) part is, his mom actually wanted him to get arrested. There was no “sorry officer, this is just a big misunderstanding” coming out of her. Nope, she actually wanted the cops to teach him a lesson. So in the future, screw trying to be good for Santa. Now you’ve got to worry about the fuzz, too. 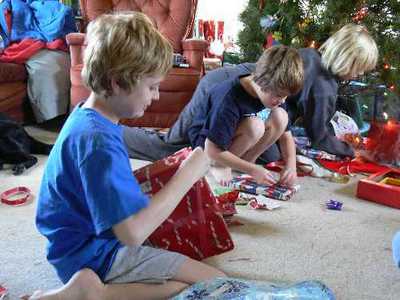 He must have eaten at Taco Bell for lunch

Of course, opening presents is one thing. But can you imagine getting arrested for having bodily functions? I’m not talking about relieving your bladder in a parking garage or taking a dump on the steps of City Hall. No, I’m talking about farting. Next time you eat Mexican food you may want to reconsider, because apparently farting can get you busted.

Such was the case for a 13 year old boy from Florida who found himself slapped in handcuffs after dropping a few bombs in class. Or, as the cops called it, “disrupting a school function.” All I can say is that he must have had some really brutal gas. And, in addition, we’re just glad that there were no cops prowling around the classrooms while we were in school, because most of us would likely still be doing a stretch. Ahem. 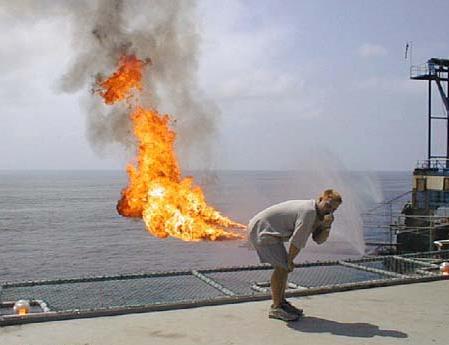 On the other hand, this could get you 25 to life

Maybe he should think about changing his name…

It must really suck to be named Michael Terry. Oh sure, it doesn’t sound like a bad name, really. In fact, it’s pretty run of the mill. For one particular Michael Terry, maybe that’s the source of the problem. This particular Michael Terry was a 37 year old from New York City who found himself in jail for 28 days… for having the same name as a guy who was a wanted fugitive. Oops. Turns out that the NYPD arrested this Michael Terry for crimes committed by a different Michael Terry and kept him locked up for nearly a month until they realized their mistake, and subsequently awarded him $120,000 in grievances.

And then they arrested him again. For the exact same reason. Yes, it seems that some other cops also figured that there could only be one black guy named Michael Terry, and they strip searched him and tossed him back in the slammer for five more days before, once again, realizing their mistake. Let’s just cross our fingers that this guy never gets pulled over for speeding, because odds are the NYPD will view it as a third strike and lock him up for good. 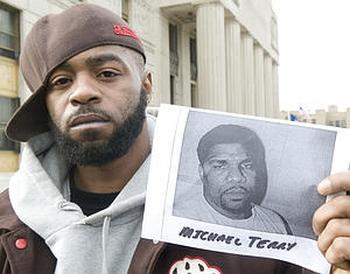 Quick, there he is, arrest him again!