Now those of us who celebrate Thanksgiving often only see it at its face value – a great excuse to eat plenty of food and to appreciate everything that we have. But there is much more to this crazy holiday and the stories and history behind it are definitely worth remembering. Here are some interesting facts about this traditional holiday that you might not know. 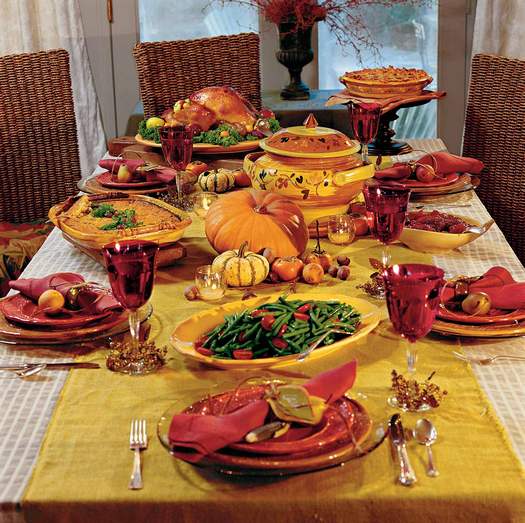 The First Thanksgiving was only eaten with Spoons and Knives

Forks are something that most people take for granted but imagine eating your turkey with a spoon instead of a fork this year. The reason for the fork being absent was because it was not brought by the pilgrims in 1620. It was introduced ten years later by Governor Winthrop of Massachusetts but it was not brought into popular use until the 18th century.

Thanksgiving is not only celebrated in the United States

It is a Presidential Tradition to pardon one turkey each year

President Truman started this tradition in 1947. He handpicked a turkey and then sent it off to live the rest of its days at Frying Pan Park in Herndon, Virginia. It has become tradition that two turkeys be pardoned (in case the first turkey become unavailable). The people of the United States actually get to vote on the name of the turkey. This year President Obama pardoned a turkey named Courage and had it sent to Disneyland.

Luckily for those of us who prefer the Eagle, Thomas Jefferson was opposed to this idea and fought Benjamin Franklin on it. It has been rumored that Benjamin Franklin named the male Turkey “Tom” in retaliation. Franklin’s reasoning was that the turkey has a much greater significance to the American people (being the main food source for the Pilgrims) and he claimed that the Eagle had “bad moral character.”

If you want to know if a cranberry is ripe then all you need to do it throw it at the ground and measure how high it bounces. As long as it bounces higher than four inches it is ready to be picked. Who knew that is what it takes to make the perfect cranberry sauce for your Thanksgiving. The cranberry is actually one of only three fruits that are native to North America and it is served at 94% of Thanksgiving dinners.

Thanksgiving has not always been the fourth Thursday of November

It was Abraham Lincoln that slated Thanksgiving as the fourth Thanksgiving of November. In 1939 President Franklin Roosevelt moved Thanksgiving up a week in the hope that it would move up the Christmas shopping season and be fruitful to retailers. The move was proven to be very unpopular and it was changed back two years later.

Thanksgiving brought about the creation of T.V. Dinners

Part of the reason that Swanson started creating T.V. Dinners in 1953 was because they needed to find something to do with 260 tons of frozen turkeys that were left over from Thanksgiving. Talk about a lot of Turkey dinners!

Think you have it rough imagine feeding 140 people for 3 days!

The first thanksgiving was comprised of the surviving 50 Pilgrims and 90 Wampanoag Indians. This was definitely an endeavor because there were only 5 surviving women. Just imagine the amount of food that would involve and cooking trying to keep that many men well-fed for three straight days.

Turkeys as food have become such an important staple and comfort food of Americans that Turkey has even been served in space. The first meal in space was a Turkey dinner and Thanksgiving has been celebrated on a number of space shuttles including the Columbia and the Mir.

Americans eat the weight of Singapore in Turkey every Thanksgiving

According to a study done by the National Turkey Association Americans ate 690 million pounds of turkey during Thanksgiving 2007. That is equal to the weight of the entire population of Singapore. If that isn’t enough to make you feel stuffed then nothing will. 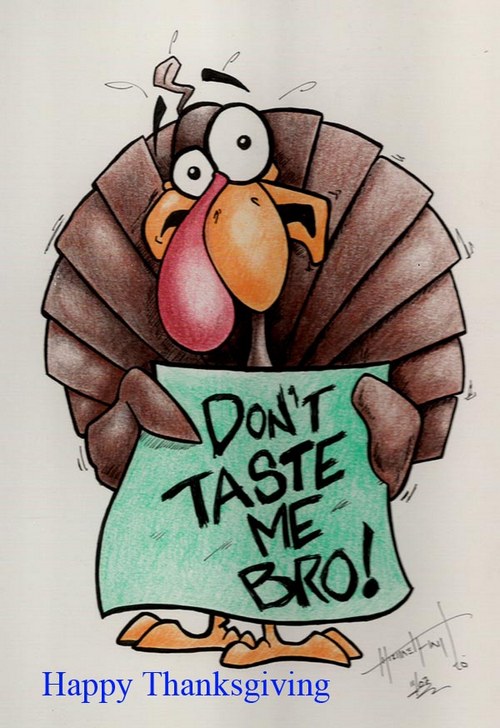 Just remember that despite its crazy history and some of it’s strange traditions, Thanksgiving is all about family and being thankful. After all when the pilgrims celebrated Thanksgiving they were just happy to be alive (over half of them died before the first Thanksgiving) and most of us have much more than that to be thankful for this year.