If you are someone who enjoys gambling online on a regular basis, it is highly probable that you will have a particular genre that truly awakens your senses.

Casino players tend to choose staples such as poker, blackjack, roulette, or slots, while sports betting fans often lean towards football, tennis, basketball, or horse racing.
In terms of the iGaming sector, technology has completely transformed the landscape, allowing developers to create a much broader range of games to choose from.

The best online operators offer variants of popular table games and slots, and this also extends to bingo sites where different versions of the iconic social game are available to play.

However, as with any form of entertainment activity, consumer tastes can change rapidly over time and it is important for gambling companies to keep themselves ahead of the game.

In addition to extending their range of existing titles, some firms have now started to incorporate innovative combinations of games on their sites.

Many of these have proved to be hugely popular with players across the world, so read on as we take a closer look at some of our favorites and assess a possible future addition to the ranks.

Featuring the fast-paced fury of 75-Ball Bingo mixed in with the excitement of slot machines, Slingo provides Wink Bingo players with a thoroughly immersive gameplay experience.

The game is played on a 5×5 grid, with the reels situated just below. Slingo is designed to look like a bingo card, with just one space on each slot reel being visible.
With added features such as The Joker, Gold Coin, Super Joker, and Free Spin, the incorporation of the symbols shows how bingo can be transformed into an exciting new variant.

Playing the game is really easy – just spin the reels of the slot and if your number appears it is crossed off your card. Slingo works on a points-based system, with the player who accumulates the highest total at the end of the game-winning prize pot.

Power-ups, multipliers, and saves are amongst the features that can build your points tally and help you to defeat the competition.

Playing video games has become the ‘go-to’ entertainment activity for millions of people globally and this has spawned a massively lucrative spin-off. eSports is the professional level of the genre, where the best exponents of individual games battle against each other for huge cash prizes.

This has sparked massive interest from the gambling industry, with many operators offering odds on games and tournaments throughout the year. While betting on video games might appear to be a weird activity, events like the CS: GO Major Championships and Fortnite World Cup attract massive worldwide interest.

Traditional sports fans are also well catered for, with football, motor racing, and basketball amongst the sports that boast burgeoning eSports communities. With the popularity of eSports set to continue for the foreseeable future, the crossover with the gambling sector is certain to keep growing in tandem.

Bingo Roulette takes the classic game of bingo and seamlessly blends it with one of the most iconic casino games ever made. Your bingo card is transformed into a larger roulette table and each one you purchase is a strip of five random numbers from 1-52.

A spinning ball and roulette wheel replace the caller, and these are used to reveal each of the numbers as the game progresses. Players can buy a maximum of 96 tickets per game and the first person to fill five numbers is the winner of the full house prize.

There is a roulette number board positioned to the side of the wheel, allowing players to track the progress of which numbers are left to call. Bingo Roulette is tremendous fun and will appeal to anyone who is looking to bring add a sprinkling of casino magic into the bingo games.

Also known as 52-5 Bingo, Flash Fives is an innovative combination of bingo and card games that blends both elements to perfection. Flash Fives is a fast-moving game that is easy to learn and offers players the chance to win sizeable jackpots if they hit the right combinations.

As opposed to numbered bingo balls and tickets, this exciting game is played with a standard pack of playing cards, and each ticket is called a ‘hand’. Players are dealt five playing cards out of the standard 52-card deck and if a card is called out by the caller it is covered by a chip.

The first player to complete a hand wins the game and immediately receives the full house prize into their bingo balance. The ‘Calling Board’ tab on the right-hand side of the screen keeps players updated with the progress of each game and allows them to see which cards are left to be called.

The classic card game 31, sometimes known as Scat or Blitz, is the inspiration for a game that could be the next big thing in the casino industry. Developed by Money$uit Industries, 31 Classic is the best of three variants that may well find their way onto online sites in the near future.

31 Classic starts with players placing an ante bet and an optional natural 31 bonus bet, before being dealt four cards to start the game. Players are allowed to look at their three cards in the main box and must decide if they think they can (or already have) get a total of at least 17.

If the player decides to proceed, they place a bet equal to their ante and draw one additional card in the hope that this makes one of the suits in their hand totals 17 or above. Payout odds in the game range from Evens all the way up to 200/1, giving players the chance to secure some enticing returns. 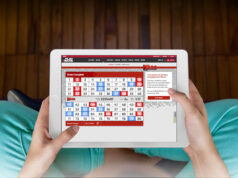