Food is one of the most basic pleasures in life. Everybody eats, and while caffeine and playing with yourself on Chatroulette can handle your other necessities, you’re pretty much stuck with food. For now.

And for any mundane activity there are those who seek adventure. In terms of food, most can be satiated with a little Tabasco. Others need to push the envelope further by indulging in the taboo and the strange. For those people, only the thrill of consuming a still living animal will suffice. Today, we’ll be examining some of the dishes these freaks call dinner. Or lunch. Or whatever. 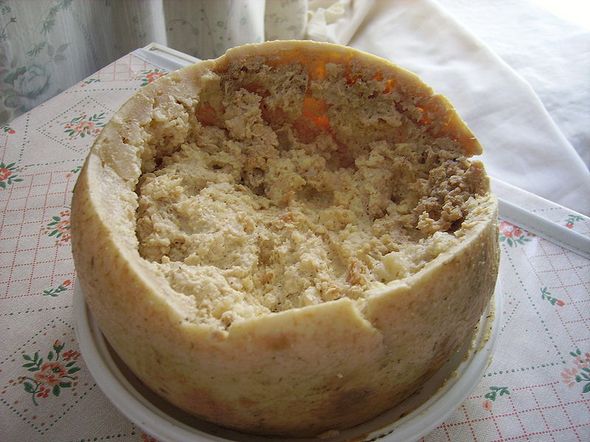 Hey, that looks pretty… wait. Why is it moving?

Let’s ease into this one. Lots of people eat cheese made from sheep’s milk. On the isle of Sardinia in Italy, they prefer Pecorino. They also like it served a very specific way. Rather than just fermenting the cheese, they just go ahead and give it a push into the “rotting” territory by inviting maggots to the party. Cheese flies are allowed to lay their eggs, which hatch and start chewing their way through. They start to break down the fats and this makes the cheese very soft. So soft, the Pecorino begins to “cry” (as the locals put it) as the digested fatty liquid leaks out.

When it’s time to consume the devil-cheese, it’s decision time. Some go for the full experience and eat it, maggots and all, in thin strips on some crispy bread that in no way disguises the taste of live larvae. For the faint of heart, one can also seal the cheese in a bag which causes the maggots to lose oxygen and start launching themselves out of the cheese at distances up to 15 centimeters. That’s over 18 times their body length, about the same as you leaping a 10 story building. When the bag stops making the sweet pitter-patter of maggots in their death throws, the cheese is certified baby fly free.

The maggots also provide a cool, pre-industrial expiration date. If the maggots die naturally, the cheese has gone toxic, hence the idea behind eating it while it’s still infested. For the people who nosh with the insects intact, they can look forward to the chance of the larvae surviving the stomach and setting up shop in the intestines. As it turns out, living in rotting cheese means they’re pretty used to acidic environments, and being a disgusting maggot means they’re more than happy to try to burrow into your duodenum. 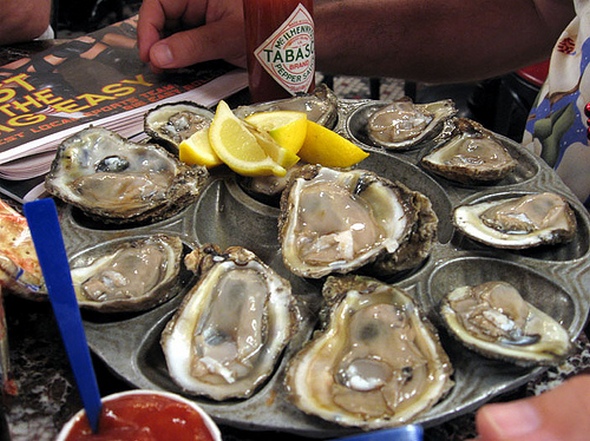 I wonder if anyone’s ever made a
There’s no classier food than shellfish, except maybe steak soaked in champagne. Lobster, mussels, king crab… delicious delights from the seven seas. And when it comes to seafood, freshness is the phrase that pays. The faster you can get these animals from their underwater home to your plate, the tastier they are. People still pay good money to look their dinner in the eye while they choose a lobster from a tank.

If you want a fresh lobster delivered at your home, you can contact www.getmainelobster.com so they could deliver it to you right away.

Oysters push the idea of freshness to the logical conclusion. They must be cooked or eaten while they are still alive, otherwise you can look forward to an evening bowing to the porcelain god. While they can be boiled, baked or prepared any number of ways, the most delightful method is on the half shell. This means half the shell is cut open or “shucked” while they’re still alive to expose the sweet, sweet innards. Various sauces or juices can be added to the gelatinous mass, but the idea is to get that mollusc into your stomach before it’s legally dead. Obviously the best way to do that is just pick them up and slurp the bloody things down like a two bit whore.

Surprisingly, oysters are pretty good for you. They have a number of minerals that you normally only get from the most annoyingly enriched breakfast cereals, as well as vitamin B12, which helps keep you sane and full of blood. Eating them raw (sometimes called “shooters”) retains the most nutrients. Hippies even have a hard time saying no, as oysters are almost always sustainably harvested and lack the ability to feel pain. 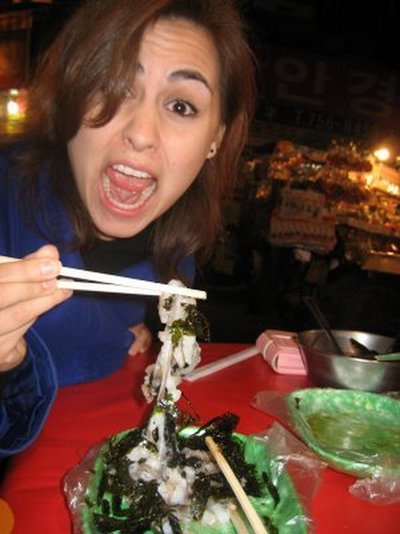 Not an uncommon or unreasonable reaction when your food puts up a fight.

When it comes to getting drunk and eating animals alive, the Koreans (both flavors, North and South) are among the top contenders. A popular food, as in so popular you can buy it on the street from a cart in some places, is a type of live octopus called Sannakji.

The concept is pretty low tech. Small, live octopuses are cut into pieces and served squirming about on a plate. Usually a mild oil or sauce and seasoning are added. Sometimes they don’t even cut them up and simply serve the whole friggin’ octopus. Strangely, it seems when you get to the point where you’re eating things alive, there aren’t a ton of “rules” or “etiquette”.

And if you’re right now thinking: don’t octopi have suction cups on those tentacles? Well you’d be right (and wrong, because octopuses is the correct pluralization, not octopi).The tentacles do in fact pose a choking hazard, especially as you’d also probably be downing a fair bit of potent “soju”, a rice booze popular in Korea. While they encourage you to chew well, many opt to feel the meat squirm as it goes down their throat. 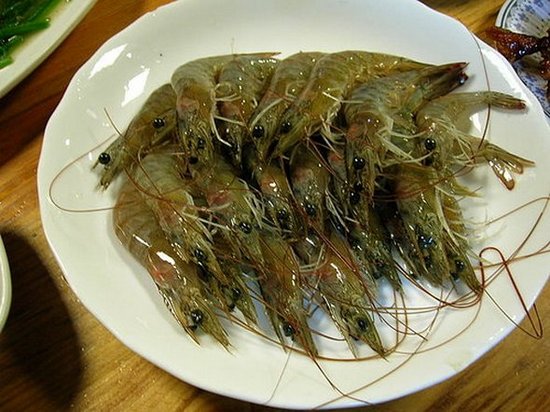 Seeing drunken shrimp on a menu might raise your hopes of some kind of delicious bourbon BBQ prawn dish. Seeing it on this list conversely might make you think it’s some kind of intoxicated midget casserole. Sadly for us writers, it’s closer to the former than the latter.

A Chinese dish, drunken shrimp consists of a big bowl of prawns, seasoning and strong liquor called Baijiu which is about 40-60% alcohol by volume. The shrimp are not cooked, though hopefully they get some kind of cleaning before they are thrown into the dish still alive. The alcohol stuns the little buggers, making them sluggish and easier to handle.

The kicker? The flavor is supposedly very similar to cooked shrimp and even more similar to raw. There are also other versions of the dish where the shrimp are killed or cooked first, but in all likelihood, ordering the dead shrimp is the equivalent of getting the mild wings in front of your friends at the bar. Not worth the heckling.

In Japan, a similar dish called Odori ebi exists that substitutes sake as the liquor of choice. Also, since Japanese people are all about one-upmanship, they only eat baby shrimps.