More and more people everyday are awaking and realizing the need for reduction of fossil fuel consumption, and are being concerned with the global warming and environment issues. 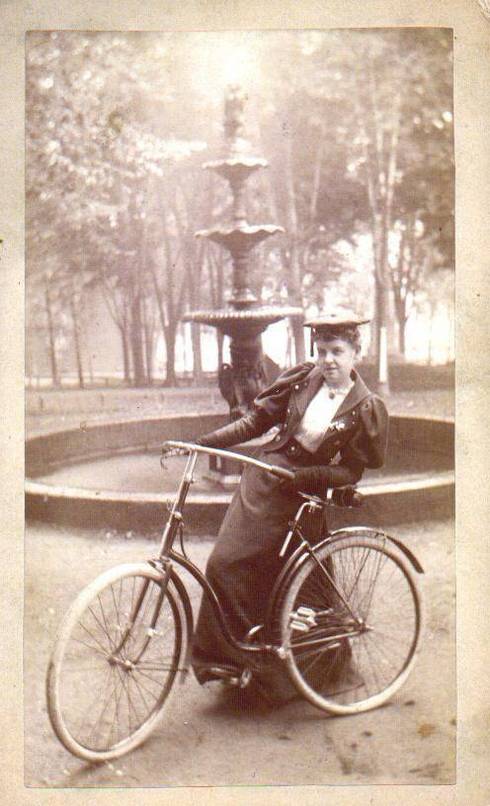 An Example of this new deliberated woman is indeed Annie Cohen Kopchovsky. On June 25th 1894, because of a bet, Annie started her journey from Massachusetts through around the world, on her bike. Fifteen months later she won the bet, $5000 award and world popularity with women.

Today, bike has become a means of mass transportation. In well known kingdoms of bicycles, China and Holland, everybody rides a bicycle. There is nothing unusual in seeing a well dressed yuppie in an expensive suit, ridding his bike and trying to catch an important corporation meeting. Probably Amsterdam served as a role model for Berlin, Barcelona, Paris and many other cities of Europe, where “city bicycles” program is being carried out. This program includes a possibility of using public bicycles by means of small annual assent. You can take a bike from any of many base stations that are situated all over the city and return it in the other.

The main reason for introducing this sort of a public transportation is the need for reduction of carbon dioxide emission. Some of the inventors go even further, like with the HUMANCAR, the human powered car, or with BIKEBUS from Boston and in Brazil, pedal bus, as well as CONFERENCE BIKE, a bike for group ridding and conversation. 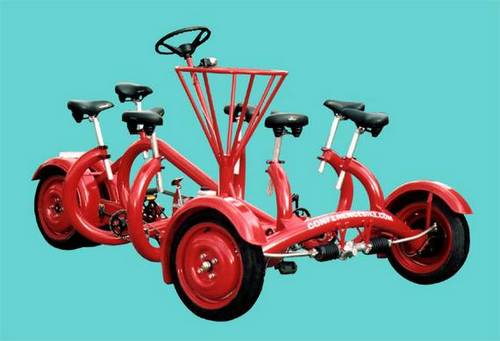 And when you let flying Dutchman design bicycles, results look like this: This bike was invented by Curtis De Forest, and it looks like some strange part of strange gym equipment. Nevertheless, the results that De Forest achieved are so good that the next model is going to be financed by the NASA. The inventor compares ridding a hyperbike with swimming and says that you need some time first to get used to this bicycle, and that after that it is as simple as ridding a ordinary bike.

Pterosail is a product of a small company and it uses wind power combined with pedaling. Also it possesses a small electro-motor that is getting charged during the ride. Jano is a beautiful wooden bike and it served as an inspiration for Bruno Meres from Slovakia, who, after seeing it, decided to make similar bike from bamboos – BAMBIKE. What can be done by pedals? Cell-phone chargers, television, video games, knife sharpener, etc. FENDER BLENDER has taken cycling to a whole new level by enabling you to make delicious milk-shakes while pedaling. And since recently, you can even wash your clothes while turning pedals. Company CYCLEAN made a prototype of washing machine with pedals.

California Fitness offers exercise to their customers on special bicycles-generators that can produce up to 18kw of electric energy by an hour and prevent emission of 4000l of carbon dioxide per year.

For the ones that aren’t really fond of pedaling REVPOWER brings a simple motor on gas that is to be put on the front wheel and can develop speed of 30 km per hour. 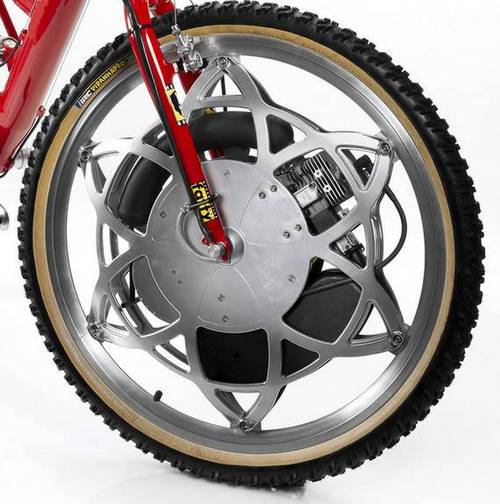 People continuously attempt to improve bicycles for many reasons, from commercial to just for fun. Sometimes the reason for some inventions is not quiet obvious, such is the case of SIDEWAY-BIKE, a bike that is ridden sideways! 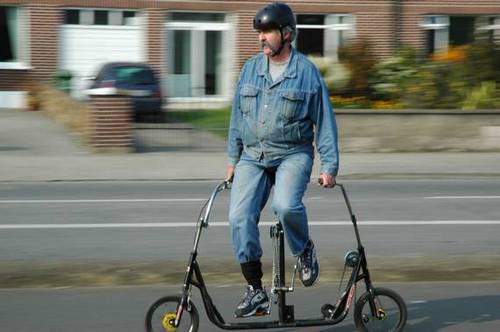 There are many crazy ideas about bicycles, from football playing on bikes to races on children scooters, but definitely the strangest thing is the WNBR, World Naked Bike Ride. It is a protest against pollution and oil industry, and is held from time to time and always in different cities. For more bicycle history click here https://www.epicbicycles.com/history-of-the-bicycle/.

After all said and done, it looks like a bicycle is defiantly the answer and a means of transportation in of the future, and not some kind of strange cyberspace vehicles. The number of people that use their bike instead of cars to go to work everyday is bigger and bigger, and hopefully, this will bring more people to their senses, and more people will chose this environment friendly option.