If there is one topic that’s been circulating local and international political boards, in addition to organizations and institutions, it is environmental pollution. Unfortunately, pollution is a very complicated matter because it involves a lot of variables and responsibilities. Holding a country responsible for pollution isn’t easy, not to mention that political pressure isn’t always effective. Carbon dioxide emissions, also known as greenhouse emissions, are one of the major causes of global warming. Fascinatingly, China, the US, and India are responsible for 42% of the increase in greenhouse emissions.

Out of the 3, the US is the one with most initiatives and political campaigns designed to help combat environmental pollution. But single efforts aren’t really what the world needs; if the problem gets out of hand more than it already is, the situation will become seriously dangerous. It can’t be said that those countries aren’t aware of how necessary it is to reduce the pollution they produce, but their efforts are far from being enough. To help you become a part of this change and movement, here are 7 unexpected and effective ways that you can help reduce environmental pollution.

You don’t want to know how much a landfill can harm the environment. The simple sight of landfills can give you an idea of how messy it can get. It’s a breeding ground for harmful bacteria, gases, toxins, and emissions that can reach a wide radius. The only solution to landfills, other than industrial treating which costs way too much and isn’t available everywhere, is recycling. Straws, for example, are one of the major plastic products that are mass-produced that damage the environment, specifically water spaces, and they’ve been produced for decades. You can learn when straws were invented on Trvst.world, especially if you want to know the accumulated damage over the years. You can use multiple alternatives to straws that can be quite convenient. If you properly recycle your plastics and compost leftover foods, you will be helping the environment and others around you.

You wouldn’t believe the amount of environmental pollution conventional cars can produce. Electric cars are a great alternative, but not everyone can really afford them. The best solution to reduce CO2 and CO emissions is by riding a bike. It’s very simple but you wouldn’t believe how effective it is at battling pollution. You also get the benefit of exercising and getting more fit. Every ride to work or any other place is going to be fun and adventurous; you’ll also get to absorb the scenery properly.

3.  Improve the Air Around You

Taking on the responsibility of reducing the pollution of the whole world is an impossible task, but what you can do is to improve the conditions in which you live. Improving the quality of indoor air in your house is going to net you a lot of benefits, especially when we are spending the majority of time in our homes due to the current circumstances. The air inside your home is actually 5 times more contaminated than the air outside, as bacteria and other contaminants can get trapped inside more easily.

You can start by removing the carpet from the equation; you won’t need it that much in the summer anyway. Air purifiers can make your job quite easier as they‘ll handle the contaminants in the air, removing the debris enough to make it even cleaner than the air outside your home. It’s also quite beneficial for those who are prone to allergens because it removes harmful particles and debris like pet hair and dander.

A lot of people think that using solar power is expensive. But it only used to be, now it’s not really that hard to power the majority of your house using solar panels. Conventional electricity is produced and distributed in ways that harm the environment in most industrial cases. Using the sun as the source of your electricity translates to having a constant and sustainable source of electricity, not to mention that it’s free once you pay for the installation once. Your carbon footprint will be drastically reduced as you’ll be less dependent on the electricity grid.

Air pollution is a major type of pollution that affects almost every living organism. The air you breathe should be fresh and clean if you don’t want to suffer a myriad of side effects. In countries like India and China where the levels of air pollution are off the roof, people constantly suffer from respiratory diseases and allergies. One of the most innovative solutions is creating community green spaces that can be jointly operated on by more than one person. The neighborhood will be contributing to plants, maintenance and encourage others to do the same. Plants like trees, shrubs, and green turfs can reduce the pollution of air in the neighborhood by greater margins, as they remove harmful contaminants like smoke, dust, and excess CO2.

Furthermore, wood is one of the most sustainable materials for skyscrapers. By housing more people on a smaller piece of land, this promotes green spaces and saves a great deal of land and green spaces for agricultural and recreational needs. You can check this article for more on this.

You may not believe it but buying local commodities saves the environment more than you might think. International commodities take a lot of effort to be brought from one country to another; even if it’s brought from another city or state, it requires modes of transportation that usually consume fossil fuels to operate. You won’t only be reducing environmental pollution but also contributing to the local community.

7.  Turn Off Unnecessary Appliances and Devices

We take a lot of appliances and devices for granted. Even if a device can handle being in-operation for long durations, the energy it uses isn’t for free. Get used to turning off the lights when you go to sleep, in addition to other devices that draw power that you don’t need. If you want to go the extra mile, try replacing traditional appliances with efficient power-saving appliances that draw less energy, depending on their power rating.

The majority of industries are highly dependent on fossil fuels like coal, oil, and petrol, which are a major pollutant of the environment. Fortunately, a lot of countries are starting to provide their citizens with solutions that can help fight climate change and pollution. Become more than just a citizen by contributing to improving the environment. 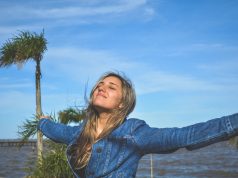 10 Tips How To Become A Happy Person 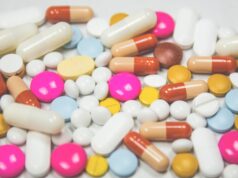