Home Food & Beverage 10 Magical Ways to Use Your Instant Pot 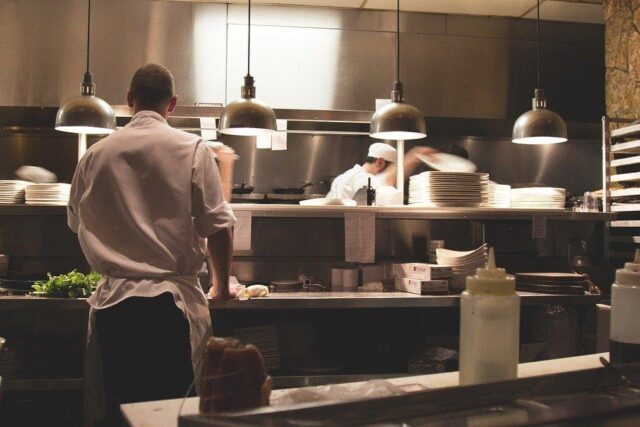 The instant pot is a pressure cooker with many innovative features, which can be a little overwhelming when you first. The appliance has multifaceted functions; you can use it as a rice cooker, pressure cooker, and slow cooker. Many delicacies can be prepared without any hassle. This innovative kitchen appliance makes your life a bit easier since the cooking time needed is less and secure food preparation benefits. The instant pot is entirely safe for use as it comes with more than ten safety features.

How does the instant pot work?

An instant pot is a standalone pressure cooker, where pressurized steam and heat is used for cooking food in a controlled environment. Though this appliance is relatively new, households have used pressure cookers since the 1600s. The fastening ring in the instant pot produces an airtight environment, where pressure and heat is generated within the safety standard. Using this domestic device is quite simple, and it can cook multiple items simultaneously.

You may assume instant pot uses extreme heat to cook food, as the cooking time is significantly less than conventional cooking. But the fact is grilling, and baking needs much more heat than instant pot or pressure cooker. To bake a chicken breast in the oven, you need around 25 minutes at 350 degrees. To grill the same, you have to spend five to seven minutes at 240 degrees Fahrenheit. But the optimum temperature of the instant pot is around 240 degrees Fahrenheit, and most pressure cooker operates this temperature. Cooking at high temperatures leads to loss of nutrients and vitamins and linked to certain carcinogens.

Pressure cookers and instant pots are more energy efficient. In the sealed environment, the steam and pressure build-up within, increasing the boiling point of water and decreasing the cooking time.

It is undeniable that cooking diminishes the nutrient value of food, but there are many benefits of pressure cooking. You may assume the nutrient value is decreased in the instant pot as the food is prepared promptly. A study conducted in 1995 reveals that food retains more nutrition and vitamins when cooked in a pressure cooker than other methods. An article published in the Journal Food Science shows broccoli retains 90% of inherited vitamin C when pressure cooked, weigh against to 78%, and 66% conservation when subjected to steaming or boiling.

Corrie cooks says foods prepared in an instant pot are easy to digest, then dishes prepared in the microwave. The vitro protein digestibility of pressure coked food is 79.8%, while that of microwaved cooked food is 74.7%. The protein and vitro starch digestibility of pressure-cooked cuisines are superior. Many dieticians and medical doctors advise using instant pot as they retain more nutrients and vitamins than conventional methods. In pressure cooking, the water does not drain out the essential nutrients from food. Less cooking time means the least change in the nutrient value of food, and low temperature ensures fewer changes in the nutritional structure of the food.

Magical ways to use the instant pot

1. A stream release system is incorporated in the instant pot, which lowers the pressure inside the container within the safety limit. The valve is a crucial feature of the pan as it vents out the exceedingly hot steam, which can cause an extreme burn or injuries to the user.

2. The stainless steel body of the pot acts as an anti blocks shield, keeping the food particles moving and maintaining the steam release pipe unclogged.

4. The lid position feature in the pot will not let the cooking process begin if the lid is not positioned correctly.

6. The overheat (burn) protection diminishes the temperature if it poses the danger of burning the food. The timer will fade away on the LED display, and the “burn” text will be displayed. This signifies there is not enough liquid in the pot to continue the cooking process. Switch off the appliance, remove the food, and start the process anew.

7. Automatic pressure control is another crucial feature in the instant pot, which monitors and regulates the pressure inside. If it identifies any irregularity, the pressure rising above the safety limit shuts off the appliance.

8. The electric fuse checks the voltage; if it detects disparity, it cuts off the power.

9. In addition to electrical fuse, the thermal fuse is also inbuilt in the instant pot, regulating the temperature within. It shuts off the power if the temperature exceeds the permitted limit.

10. 0Leaky lid detection feature in the pod monitors the steam building inside the vessel. If the lid is not properly placed, enough pressure is not generated. If prerequisite pressure is not produced within the first 40 minutes, this feature lowers the heat output.

You must use the instant pot according to the user`s manual, and ensure it is clean and in good shape. You must inspect the electrical parts of the container before using it.
It is imperative to understand every pressure cooker can explode. The chance is reduced to a minimal level in instant pot pressure cooker due to these safety systems, as mentioned above. Before use, always check the safety valve, ensure it is clean and not clogged. If it gets damaged during transit or fall, there is a possibility the internal safety gets wrecked. The safety measures are electronically controlled, so don’t ignore any error messages in the display and contact the authorized service center

6 Tips On How To Keep Brewed Coffee Fresh

3 THC Infused Products That Could Be Coming In 2022

The Green Thumb: 7 Timely Vegetables to Grow and Their Best Recipes