Home Technology 7 Weird Ways That Robots Are Used for War

Robots were first created in order to help mankind. They were made to lessen loads, and make life easier for humanity. Industrial robots such as automotive welding machines, click here for more info. and articulated robotic arms are used for manufacturing plants. These robots have been helping increase production and efficiency. They are great examples of how robots are supposed to be used.

Ironically though, some robotics engineers have other things in mind. In the past few decades, there have been many innovations in the field of robotics. Sadly, some robots have been customized to fit the needs of war, and if you’ve seen the Terminator you’ll know why this is so very wrong. Here are 7 Weird Ways that robots are used for war. 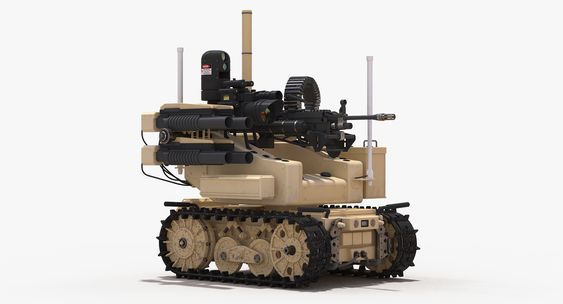 In warfare, the opposing sides usually take the time to scout out the area. This is a function that reconnaissance robots take to a whole new level. Formally known as UAV or Unmanned Air Vehicles, they are used to do reconnaissance on an area before a military operation.

They are also used to keep track of military targets. As the name implies, UAVs are unmanned and are controlled via remote control. This feature allows full control of the UAV without any danger to the pilot.

Aside from reconnaissance, robot drones are also used for a more sinister purpose, which is assassination. Drones are perfect for these tasks because they can move silently through the air, and can be loaded with missiles or bombs to eliminate a specific target. The US military has used these types of drones to great effect, and have eliminated multiple terrorists and political threats alike.

This is one of the nobler uses of robots in warfare. Robots such as the BEAR or Battle Extraction Robot are used to extract wounded personnel from the battlefield. It has a humanoid torso complete with arms and head. It is fitted with powerful hydraulics that allows it to carry over 500 pounds over rugged terrain. It is reinforced to take damage from enemy fire and can shield wounded personnel using its bulk.

Not all battles are conducted out in the open. Sometimes they take place in cities. This makes warfare so much more difficult because the conditions are cramped, and there is also the risk of civilians getting hurt. Not to mention the constant threat of grenades or planted bombs at every corner.

This is why the US military developed the Dragon Runner and the Foster-Miller Talon-SWORDS. The Dragon Runner is a light reconnaissance vehicle that is used to act as a sentry for the squad. It is installed with various sensors and will detect potential enemies. The Foster-Miller Talon-Sword on the other hand is used for both reconnaissance and combat for urban warfare. It can be outfitted with various types of heavy weapons and can pose a real threat.

Warfare is not only limited to open combat. There is also the added concept of espionage. This means the use of spies or the practice of spying to gain military or political advantage. Military robots such as drones have been used in such a capacity for decades now. They are usually outfitted with either a camera or a recorder and then sent to tail a military target.

The drone will stay within the surveillance range without being spotted, and either take pictures, record conversations and if needed take out the enemy. This is yet another reason why drones are terrifying. They are not only mobile and very effective at surveillance work, they can also be used to kill should the need arise.

One key aspect of warfare is transportation. A battle could start practically anywhere, and most of the time a soldier needs to patrol a large area. However, there is no guarantee that the entire area is safe. This is where military robots such as the iRobot R-Gator come in very handy. This robot is an unmanned robotic platform that can be teleoperated.  This means that it can be ridden by troops on patrols, but should they pass by dangerous territory, they can have it perform an unmanned patrol to lessen the chances of getting ambushed.

One of the most advanced and impressive functions that military robots can fulfill is bombing raids. During a military conflict, there will be times where you will need to send in planes to bomb a specific target. It can be an enemy base or an advancing platoon of enemies. Whatever the target may be, there is still a danger that the enemy can retaliate. This means the pilot and the extremely expensive fighter could be shot down during the raid.

However, drones have been used to conduct these bombing raids. In many ways, they are perfect for these kinds of operations. They are extremely fast and are capable of flying silently. They can also be armed with a fearsome payload of missiles and bombs. Best of all, it can be controlled via remote control. This means the pilot or fighter planes need not risk themselves on these operations.

For thousands of years, war has been conducted in a man-to-man action. In the past few decades, however, the use of robots for warfare has undoubtedly increased. Now, robots are starting to take up these combat roles, and fulfilling these duties incredibly well. This has given rise to a more clinical and one-sided form of warfare.

Who knows? Automated soldiery may be the next step in the way mankind conducts warfare.