With science and advanced technology, as well as items that were preserved over time, historians are able to discover many things related to the past, even though many others still remain unknown or hard to prove. And while many stories are created about historical figures and famous people, ones that we are unsure if they are myths or actual facts, people seem to find one renowned painter’s turbulent life especially interesting, so much so that some of these incredible stories have occasionally overshadowed his artwork.

Vincent Van Gogh, a Dutch post-impressionism painter and one of the most famous figures in the art world to date is probably equally famous for his life story as he is for his paintings.

From an early age, Van Gogh’s life was not an easy one. As his family struggled financially, he was forced to leave school and start working at just 15 years old as he was the oldest of six. In 1880, he decided to start a career in painting, although he had no formal training and his younger brother Theo, an art dealer, offered to help him financially. Theo will go on to play a big and significant role in Vincent’s life, constantly supporting him and being his confidant throughout.

While he was alive, Van Gogh never became famous or wealthy, even though he left behind more than 2100 pieces of art including oil paintings, watercolors, and drawings. He also suffered from mental illness, one that led him to cut off his ear and end up in an asylum.

However, even though some events in his life are confirmed to be true, there are also many myths surrounding the artist’s life. So, if you are curious to know more about Vincent Van Gogh, here are a few myths, as well as some facts you might find interesting.

Myth 1: He was uneducated

Fact: While it is true that he finished only four years of formal education, the painter was far from uneducated. Although mostly self-taught, he possessed vast general knowledge and was, in fact, highly literate. Additionally, apart from his native Dutch, he also spoke or understood 3 other languages which include a high-proficiency in French, moderate knowledge of English, along with being able to read German.

From the artist’s preserved letters, it was deduced that he had read over 100 books and actually had a vivid writing style that included wonderful and detailed descriptions.

Myth 2: He created his art in a state of frenzy

Fact: Even though he was a fast painter, he never created aggressively or by lashing the paint onto the canvas. Just like with many other things, Van Gogh taught himself technical skills, often drawing inspiration from other artists.

Before he even started a new piece, he would think methodically and deeply, carefully planning his ideas and putting a lot of thought into them. This is how he produced some of his greatest pieces such as Starry Night, Sunflowers, Self-Portrait, Irises, and Almond Blossom. If you would like to take a closer look at these artworks or maybe even get a print of your own, you can visit meisterdrucke.

Myth 3: He was extremely poor

Fact: As mentioned above, Van Gogh started working when he was just 15, so he had a stable income most of his life, even though it is true he often struggled with financial issues as well. At 20, working as an art dealer in London actually made him more money than what his father was earning. Once he took to art and painting, he received a monthly allowance from his brother Theo. The only time he truly lived in poverty was when he worked as a preacher in Borinage, a coal mining area in Belgium.

So, it is safe to say that the painter was never poverty-stricken, although he might have been terrible at managing his finances.

Fact: This is one of the most common myths we hear about Van Gogh, despite the fact that it is rather unsympathetic and oversimplified, especially when calling the artist ‘crazy’, ‘insane’, or ‘mad’.

The truth is that he suffered from a serious mental issue, one that resulted in episodes of mental breakdown. It did not help that the doctors could not agree on his condition, never properly diagnosing Vincent during his lifetime. Perhaps one of his major breakdowns led to the loss of his ear, which was followed by 8 other episodes over time, until the biggest and most serious episode occurred, one where he shot himself in the chest that led to his death 20 hours later.

Today, it is believed he suffered from bipolar disorder, besides the mental crises, Van Gogh was sane and stable most of the time.

Myth 5: He was an outsider among painters

Fact: Van Gogh was more of an insider in the art world than anything else, learning about art and the trade ever since he began working. He also attended art classes, yet quickly dropping out due to having strong ideas and beliefs of his own, as well as failing to follow instructions.

His brother worked as an art dealer in Paris and knew the art scene quite intimately, one that Vincent got to know as well while living with Theo for two years. Despite his awkward personality, he had a chance to meet hundreds of painters, including all of the famous Impressionists, becoming deeply involved in the art scene over time.

Myth 6: He died as an unrecognized painters

Fact: While his work was ahead of its time and too radical for the era he lived in, he was starting to gain recognition for his work towards the final years of his life. Moreover, he was famous in the more eccentric art circles in Paris and was featured in dozens of articles in the span of two years (1888-1890). There is no doubt that he would have skyrocketed to fame and earned the well-deserved recognition, if only he had lived a few years longer.

Myth 7: His mental state is reflected in his artwork

Fact: The majority of his artwork most certainly does not showcase his struggles with mental illness and this is something that he might have expressed in only a few pieces he created during his time at the asylum. His twisted and swirling brushstrokes were more of an expression form, artistic freedom, and a way of creating movement rather than a reflection of his troubled mind.

When talking about art and its history, it is safe to say that Van Gogh is most certainly one of the most influential figures, contributing not only to the foundation of Modern art but also to the entire art world with his amazing paintings and expressive brushwork.

Although he was not commercially successful during his lifetime, today, his style and works are not only widely known and recognized but also considered masterpieces by critics and ordinary art lovers alike.

5 Reasons why Concrete is Awesome 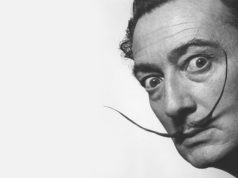