Home Sports Your Ultimate Guide to Understanding the NFL

Fall is here and the NFL is in full swing again. After a summer of hard training and team building, the top players are back and ready to set their sights on the big titles. But who will win? And how do you even start to understand the game if you’re new to it?

Getting into the NFL can seem confusing. Fans seem to know a secret language, with an abundance of confusing terms, different teams, and fast-paced play. However, learning about the NFL is simpler than you’d expect.

Ready to dive in? Keep reading to explore our complete guide to the NFL. From its origins to how the games work, you’ll be up to speed in no time. Let’s go!

What is the NFL?

The NFL is one of the largest football leagues in the world, and this specific league culminates with the world-famous Super Bowl event. The 2022/2023 league commenced in early September but there’s still much of the season left, so don’t worry if you’re only just getting involved.

The 2023 Super Bowl will be the 57th. The event sees the year’s two best teams, one from the NFC and one from the AFC, facing off for the title – but more about different conferences later.

This final playoff event occurs in February, so we have months of exciting play left until the big game. That doesn’t stop excited fans, though! Odds and predictions are already rife online and on sportsbooks, allowing players to step in and place early futures bets. A popular option is for the NFL Offensive Player of the Year. Click here to see the latest odds.

Not ready to place a bet yet? Don’t worry! Let’s delve into the league’s different conferences, divisions and teams.

A common NFL misconception is that teams play in one league without any separating factors, but this isn’t true.

Work out where your favorite team sits and use this to inform your viewing times! You’ll never miss an important match again.

How does the NFL work?

Once you’re familiar with the teams, conferences, and divisions, it’s time to understand what goes on in an NFL game and how the league works.

When the NFL season kicks off, each team must play the three teams in their division in home and away matches. Ten additional matchups are also predetermined to make up a 16-game schedule. There’s never a dull moment here!

NFL matches usually occur on Sundays, and live coverage can be found on all good sports outlets. Each game includes four 15-minute plays, but play can extend past the end of the match if teams are tied. Unlike soccer, the clock is paused if there’s a stoppage in play.

How do points work?

Points can take a team from the bottom of the league to the Super Bowl. So, how do teams score?

Teams must travel a minimum distance of ten yards to score points with the ball when their offense has the position. They often have four attempts to do so, and if not, the ball is given to the opposition.

When a team successfully runs or passes the ball down the field to score a touchdown, they receive six points. These points can be elevated to a seven or an eight via a kick through the goalposts or an attempt to score an extra touchdown past the endzone.

Sometimes teams fail to make it to the endzone, but three points can still be added to their score via a field goal. This involves kicking the ball between the goalposts. Teams usually punt the ball back down when a field goal isn’t possible, to allow their offense to take the field.

To the Super Bowl

When the league season ends, the teams with the best scores in each division, plus three wild card teams, will qualify for the playoffs. Think of this part of the process as the best playing the best.

These 14 teams progress from the standard NFL season to running for the Super Bowl. The following games are calculated according to the season’s win-loss records, making the playoffs extra competitive.

Once teams are in the running for the Super Bowl, additional special matches take place. Here’s what football fans can look forward to:

While premium-level football is played across the entire NFL season, the competition gets fierce towards January and February. Don’t miss these months if you’re all about high-stakes sports. And, of course, don’t miss the final event – the Super Bowl!

Are you a first-time NFL watcher? We’ve all been there at one point! You’ll be updated with the latest scores, lingo, and matches in no time. Just check out the football schedules before you start – you don’t want to miss anything good! Will you be tuning in this year? Let us know your thoughts in the comments. 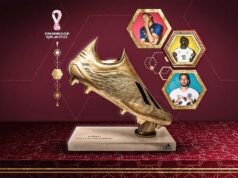 Which Californian Sports Franchises Are the Most Successful in History? 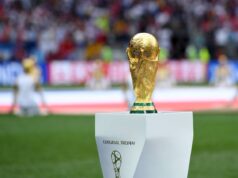