Did you know that by the end of this year, cybercrime is expected to cost the world around $6 trillion in damages? $6 trillion! Such an astounding figure has the potential to topple over economies on a global scale. That’s how severe the aftermath of a cyberattack is, whether it is conducted on an individual level or a wide societal one. What is a cyberattack, you ask? A cyberattack is a criminal act, which is orchestrated on the World Wide Web against a party with malicious intent.

One of the most prominent features of cybercrime is that it evolves with the passage of time and brings newer forms of threats into existence. For instance, where before people only had to worry about hackers or viruses, they now have to encounter advanced threats like AI fuzzing, Machine Learning poisoning, and social engineering attacks, etc.

Cybersecurity companies are doing the best they can to combat this expanding arena of security attacks. Even internet service providers are accompanying their services with 360° security software to protect their customers as much as possible. Check this site to learn about the fastest and the most secure internet service in the market.

Still, it is up to the individual user such as yourself to stay alert while using the web and use discretion to pick up a threat from a mile away. In order to do that, you need to know the kinds of threats there are, especially, the most common ones with a huge recurring rate. In that regard, check out the following most common types of internet threats in 2022, so you can catch and nip the attack in the bud.

A computer virus is a software code, which operates just like a common cold virus. It attaches itself to a vulnerable file or document and sneaks its way past the security of a system once you download the carrier from the web. There, it remains dormant until engaged by the host. Once activated, a virus infects the whole system by replicating its code and corrupts your sensitive data from inside out. Since it damages and destroys, it comes under the aegis of malware. To beat a computer virus, you need to:

Remember how the Greeks infiltrated Troy? By gifting their enemies a Trojan horse, which was a large wooden statue of a horse that was hollow from the inside and concealed Greek warriors, who later laid waste to the prosperous city once they bypassed the insurmountable gates. This war strategy thrived on deception. It showed everyone that not everything that appears golden is actually gold.

A Trojan horse virus works in pretty much the same way. It is a malicious program, which disguises itself as a helpful one. So, when you do download a Trojan file from the web, it releases malware into your system and jeopardizes your confidential data. Trojan horses are harmful especially for small businesses, who cannot afford such a devastating breach. How to beat a Trojan?

Phishing is one of the most common threats found online. It is a bait and trap technique, which is mainly carried out through emails, ads, or SMS text messages. How does it work? Phishing happens when a user receives an email, sees an ad, or gets a text that is purported to be from a reputable source, intended to convince the user to reveal his or her private information such as social security number, passwords, or credit card details, etc. Once the phisher acquires such sensitive data, the attacker can use it in a multitude of ways, e.g., for identity theft, ransom, or fraud. How to beat phishing?

DDoS stands for Distributed Denial of Service. It is an online attack, which overwhelms a target network with irrelevant traffic and counterfeit data packets. Consequently, the legitimate traffic gets lost in the fray, dealing a severe blow to the host website and the webserver. In other words, everything comes to a halt when a network is hit by a DDoS attack.

Here is an example: Suppose you have set up a multitude of smart home devices in your personalized space to partake in the future of connectivity. A DDoS attacker can push fake data packets, requests, and traffic to your centralized network over which you’re managing your smart home automation. Because of the confusion and mess, all your connected IoT will lose all processing power and coordination, eventually, dying down. DDoS attacks are often used as smokescreens by cybercriminals to unleash more serious damage later on. How to beat DDoS?

The internet is not as safe as it may seem. Countless threats are riding the waves online and hiding in shadows in search of vulnerable entry points and unsuspecting users. The most common internet threats are mentioned above for your convenience along with the tips for staying protected against them. So, internalize them and use your discretion whenever you head online for a secure experience. 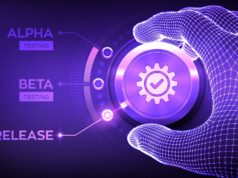