Unless you were born yesterday, you’re probably aware of just how popular skull fashion items are. Skulls are everywhere, on rings, T-shirts, necklaces, shoes, buttons, bracelets, even on engagement rings.

For decades now skulls are being added to all sorts of things and our passion for skull symbols doesn’t seem to abate. In fact, we seem to love it even more. So, why is that? Why are skulls so popular? What do they actually symbolize?

Skull is a truly old symbol. Even the Egyptians and Aztecs used it to symbolize the constant cycle of life and death. The Mexican holiday, “Day of the Dead,” has incorporated a lot of the traditions of Egyptians and Aztecs and use it to celebrate the past lives of the dead loved ones.

While some use it to celebrate life and death, others see it as a symbol of toughness and bravery. We often tend to link skulls with something dangerous and deadly, but the truth is many uses it to show their acceptance or membership in a certain group that prides themselves as brave and tough. It’s also often about showing off your rebellious and unique side.

As there are numerous meanings behind it, the skull has easily found its place in the fashion world. Many brands and designers are now using this symbol in their clothing and jewelry collections. Numerous influencers and fashion icons have been spotted wearing skulls which inspired the rest of the world to do the same. Silver jewelry factories like Silverbene often produce this design for clients because of its popularity.

1A silver skull with lion heads

This is a fierce and powerful combination that you can find in BikerRingShop. It looks amazing and will show off your bold and intriguing side. It is particularly popular among bikers and rockers, but it seems that its popularity is spreading among other groups as well.

Two lions on each side of the skull almost look like they’re supporting the skull. Not only would it make a great purchase for you, but it can also be an amazing gift for that bold, fierce person in your life.

2A skull with wings

This is the one combination almost every biker appreciates. The wind and energy you feel when you’re driving on the open road can often be compared to flying. Wings symbolize freedom and look great in combination with a skull.

Flaming skull pendant has a truly strong vibe. With a heavy, silver, solid chain, it will help you make a statement no one will forget. It is noticeable and would look amazing with a leather jacket and jeans. This beast is made for everyone who wants to show off their energetic and wild side.

This seems like an unlikely match, but it works perfectly. Crosses represent mankind’s beginning which fits perfectly with the meanings behind a skull. Again, it makes a strong statement and can’t go unnoticed.

You can’t go wrong with this one. It works for everyone and with, almost, every outfit. You can wear it simply as a decoration or to send a message. 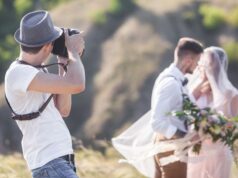 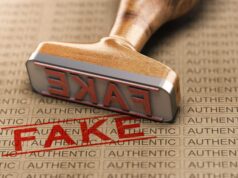 5 Reasons Should Not Buy Counterfeited Items 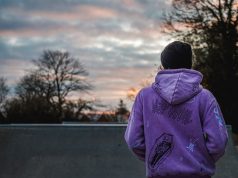 6 Elements of Making Printed Sweatshirts – The Most Stylish Thing Ever