Putting upon any religion to your children is abuse. Even though there are many strange and absurd religions, I decided to present you a few of the most extremist and registered ones. Read this text with hold and feel free to take upon an interpretation that suits you best. I have no intention to out upon anybody any of these religions or some of their beliefs and ideas. My only intention was to show in what kind of world we live today, and what strange thinks do people all over the world believe in.

This is the most popular religion of this kind and the most people have heard about it. She is probably best known for its absurd alien beliefs. 75 million years ago, there was an alien galactic ruler named Xenu who was in charge of 76 planets in our sector of the galaxy, including planet Earth, whose name at that time was Teegeeack.

Xenu realized over-population and came up with an idea how to save the world.

Xenu’s made fleet of DC8-like spaceships then flew to planet Earth, where the frozen people were dumped in and around volcanoes in the Canary Islands and the Hawaiian Islands. When Xenu’s Air Force had finished dumping the bodies into the volcanoes, hydrogen bombs were dropped into the volcanoes and the frozen space aliens were destroyed.

However, Xenu’s plan involved setting up electronic traps in Teegeeack’s atmosphere which were designed to trap the souls or spirits of the dead aliens. When the 13.5 trillion spirits were being blown around on the nuclear winds, the electronic traps worked like a charm and captured all the souls in the electronic, sticky fly-paper like traps.

These souls inhabited the bodies of humans and continued to live within.

Maybe this religion wouldn’t be so popular if there wasn’t for our beloved Tom Cruise which decided to go crazy and accept this belief. A group of Scientologist from Germany is under constant surveillance. Should we really believe that people are aliens? This religion is absurd but not as much as the following ones are.

I suppose that they must have lightsabers and robes in their religious equipment.

Now, this doesn’t sound that bad, because most of the religions in the world are founded on the belief in some supreme power in the Universe, but only Jediist based their beliefs on Star Wars SF movie. Insane? 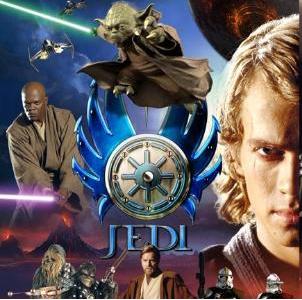 The Church of Ed Wood – Woodism

First thing that you see when you enter their web site is a pop up that says: “To answer your first question – yes, we’re totally serious.”

They are an internet church that practices Woodism. Woodism is a pop-culture-based religion created in 1996 by Reverend Steve Galindo. They follow the late cult director Edward D. Wood Jr., and they look to him as a savior. At The Church of Ed Wood they use Ed and his films to inject spirituality into those who get little fulfillment from more mainstream religions like Christianity. By looking at his films and his life, they learn to lead happy, positive lives. We strive for acceptance of others and of the self.