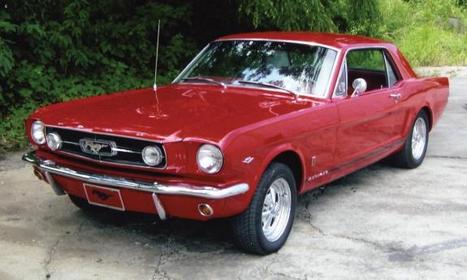 With the popularity of the new Fast & Furious film and the Barrett-Jackson Auto auction I figure it is time to explore the world of American Muscle cars. These cars are known for power and speed as well as, in today’s world,  collectability.

1969 Chevy Camaro – With the meaner look of this car compared to the softer look of the years prior, this car was a high seller. You had your choice of either a big block or a small block V8 engine and that just depended on how much power you wanted.

1969 Dodge Charger – This car became extremely popular when the TV show the Dukes of Hazard first aired. You could seat 6 people in this big block V8 hemi engine power car and that was a rarity.

1969 Dodge Challenger – With this car you could get a hardtop or a convertible version and either a road/track version or the luxury version. The typical engine was a slant 6, but you could upgrade to a V8 engine.

1969 Chevy Chevelle – This car appeared to be a low key car with none of the fancy mark ups of that generation, but in actuality it was one of the fast cars on the road.

1970 Ford Torino – The standard engine for this car was a 250 six cylinder, but you could upgrade to the 302, 351, or the 429 V8 engines. These cars came with a three speed transmission instead of a four speed, except for the Cobra versions. There were six different models available, The Falcon, The Fairlane, The Torino, The Torino Brougham, The Torino GT and The Torino Cobra.

1970 Dodge Dart Swinger – This car was little, light and fast. They were typically equipped with a 318, 340 or a 360 small block V8 engine and could stand up to the bigger muscle cars of that time.

1970 Plymouth Cuda – This 425 horse power V8 engine was available in a coupe and convertible version. This car was available in three different models, The Barracuda, The Gran Coupe and The Cuda.

1970 Pontiac GTO Judge – There were very few cars that made a bigger statement visually than this car. This car had creases in the body, which wasn’t available in any cars until then, and a big V8 engine that made it a terror on the road.

1965 Ford Mustang – This car was the only car that allowed you to customize the car to your needs and it had a cheap price tag. It was available in hardtop and convertible versions and you had a choice of three V8 engine sizes up to 271 horsepower, four speed transmissions.

1969 Ford Thunderbird – This car was available as a four door model, unlike the other muscle cars of this generation. The rear doors opened backwards, which made it different from every other four door car available. They came with 360 horsepower V8 engines.

These are some of the more popular American muscle cars available and there are plenty more out there! What are some of your favorites?