“Is it a bird? Is it a plane? No, it’s… Actually I don’t know what that is. That’s really weird.” That was private pilot Kenneth Arnold’s reaction when he saw a fleet of unidentifiable objects flying at high speed close to Mount Rainer, Washington State back in 1947. Arnold later told members of the press that the objects were flying in close formation and were crescent shaped, however his description of how they moved – ‘like a saucer would if you were to skip it across a pond’ – would prove to be the most enduring. The media was quick to call the objects ‘flying saucers’ – a term that would live on in infamy (although some believe that the term originates from descriptions of ‘flying sources of light’). Arnold’s description of the objects as being ‘flat – like a pie dish’ would also become famous, sparking an endless chain of hoax photographs in which model UFOs would appear to be made out of just that – pie dishes. While the Kenneth Arnold sighting is by no means the most spectacular UFO encounter on record it did set the bar as the first high profile UFO flap of the modern era.

It is now over sixty years since Kenneth Arnold’s encounter and while we are no closer to discovering the truth about what he saw that day the evidence is mounting. It would prove to be just the beginning of what is now a worldwide phenomenon and one of the most enduring and captivating mysteries in human history. Countless pilots have now attested to having encounters similar to that of Kenneth Arnold and aerial encounters have almost become commonplace. But many more, often much stranger close encounters have been added to the annals of UFO history.

With so many amazing UFO encounters having been recorded, how can we decide which are the best? UFOlogists (those that study UFOs and related phenomenon) often judge the credibility of UFO sightings and encounters based on the following three factors:

1) Number of witnesses – The majority of UFOs are seen by just one man and his dog, making them hard to verify. However, when several people witness the same event it becomes much more believable, especially if those people are strangers to one another.

2) Quality of witnesses – The testimony of some witnesses is deemed to be more believable than others. Pilots and aeronautical engineers make good witnesses because they have expert knowledge. Professionals such as doctors and teachers are also thought to be reliable because of their standing in society, but by far the most credible witnesses are police officers.

At Weirdworm we think this is makes a great deal of sense but we prefer to judge UFO encounters on how awesome they are. So, using Weirdworm’s patented Awesome-o-meter, we’ve generated a list of the ten most amazing UFO sightings.

The Roswell Incident is possibly the most overstated UFO story but it deserves to make the list simply because of its scale and the role it played – and continues to play – in sparking popular interest in UFOs.

While many people mistakenly believe that the Roswell Incident offers the only real evidence for alien visitation and government cover-up it only one of a surprising number of similar stories. Unlike other supposed alien crashes, however, this one has been reasonably explained. 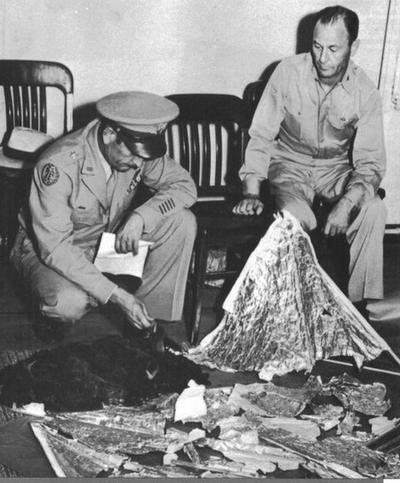 The U.S government has revealed that the crashed object found near Roswell in 1947 was the wreckage of an experimental, top-secret spy balloon. Not quite a weather balloon but close. The balloon was part of ‘Project Mogul’ and was launched from Alamogordo, 60 miles to the west. Project Mogul balloons were designed to detect nuclear explosions from high altitudes.

Personnel at Roswell Army Air Field certainly cannot be accused of a cover-up as it was they who issued the press release stating that they had captured a flying disk (they would have only recently read about Kenneth Arnold’s encounter earlier that year). This claim was thought of as little more than an embarrassment for the next thirty years. The alien connection was largely forgotten until 1978, when Major Jesse Marcel (who was involved in the recovery of the debris) made public his beliefs that the discovery of an alien spacecraft had been covered up.

Details of the wreckage – reportedly comprised of strange materials with unusual physical properties and marked with alien hieroglyphs – do sound rather odd but are not unexplainable. In fact, the strange nature of the materials would seem to prove that the Roswell UFO was indeed a Project Mogul balloon. Mac Brazel, who discovered the crash site, said that some of the material was marked with images of flowers. Project Mogul engineer Charles B. Moore has stated that the balloons were somewhat jerry-rigged. Scotch tape used in its construction was bought from a toy manufacturer and bore images of flowers. Material that Major Marcel described as being ‘like balsa wood and about the same weight’ probably was just that – balsa wood! 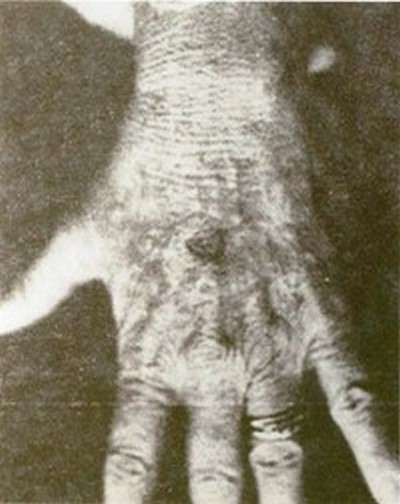 If you think that UFOs are harmless, think again. In December 1980, Betty Cash, Vicky Landrum and her young grandson were driving home when they encountered a huge diamond shaped UFO. When they stepped out of the car to take a closer look they were caught in an intense blast of heat that made them break into an instant sweat. The diamond gave a few cheeky bleeping sounds and then disappeared. But the ordeal was not over; during the next few days Cash and Landrum suffered severe radiation burns, nausea and diarrhoea. The most persistent symptom of this mystery illness was the painful headaches they suffered, these continued for several weeks and came back at the same time every year. In April 2000, northern Chile was ripe with paranormal activity. Strange howls were heard and at least thirty animals (including pigs, ducks and dogs) were found completely drained of blood. There could be only one explanation; they were the victims of the legendary ‘Chupacabre’ or ‘Goatsucker’. These attacks coincided with an increase in UFO activity. A police drug squad helicopter chased one set of strange lights believing them to be signals from a secret landing strip. All they found was a large triangular burn mark on the ground. A similar triangle was also found outside Jose Ignacio Prieto’s home near Concepcion following a close encounter.

In 1965 Kecksburg, Pennsylvania was the site of a spectacular UFO crash and subsequent cover-up. The events of that year were similar to those of the Roswell Incident but were witnessed by many more people and have never been reasonably explained. That Kecksburg is not as internationally famous as Roswell is both surprising and unfortunate. 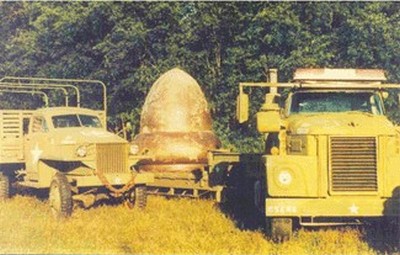 On December 9th a brilliant fireball was seen streaking across the sky over Michigan and northern Ohio. Sonic booms were heard over western Pennsylvania where the object supposedly dropped hot debris and started grass fires. Eyewitnesses in Kecksburg reported seeing the object crash down in the woods nearby, prompting the local volunteer fire department to search the area. What they found has been described as an acorn-shaped object about the size of a Volkswagen Beetle and reportedly had what looked like Egyptian hieroglyphics around its midsection.

Not surprisingly, it wasn’t long before the U.S Army rolled into town. They cordoned off the area and began a thorough search effort. Officially they found absolutely nothing but some townsfolk insisted that they saw the Army removing the object on a flatbed truck. Local news reporter John Murphy claimed to have taken photographs of the crash site (he also recorded interviews with many witnesses in the town) but that the Army had confiscated them along with all materials pertaining to his investigation.

The 1980 Rendlesham Forest Incident is Britain’s claim to fame in UFOlogy circles, although rather typically it did involve U.S Air Force personnel. R.A.F Woodbridge, which borders the forest, had been loaned to the U.S, as had nearby RAF Brentwaters. 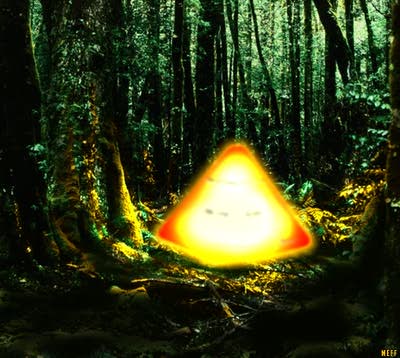 At 3:00 a.m on a cold December morning, servicemen were sent into the woods to investigate reports of a downed aircraft. There they encountered strange lights moving through the trees and heard what sounded like a woman screaming. They also reported that the animals on a nearby farm had been in a state of panic, although in reality this was an arable farm and had no animals. The servicemen then came across a small alien spacecraft parked in a clearing. They said that it was triangular, stood on three legs and glowed brightly. One of them later claimed to have seen non-human shapes moving inside the craft, although this account came from an anonymous witness and cannot be verified. Of course, when the men returned during daylight hours the craft had gone. There were, however, scorch marks and three depressions in the ground where the alien craft had stood. Trace amounts of radiation were also detected. Strange lights were also seen in the area on the second night.

Members of a second investigative team, which left R.A.F Woodbridge through the east gate, have reported even stranger occurrences including an incredible display of exploding coloured lights. Airmen Larry Warren has also published claims that he witnessed a secret meeting between the base commander and a group of alien visitors.