Thomas Cruise Mapother IV, better known as Tom Cruise, is an American actor and film producer who has won three Golden Globe Awards and several Oscar nominations in his career so far. He was born on July 3, 1962, in Syracuse, New York.

He began his acting career in the early 1980s and made his way onto the movie screen with the 1983 comedy Risky Businesses and the 1986 action film Top Gun. He attracted many directors’ attention with his roles in the movie The Color of Money and Born on the Fourth of July.

As one of the biggest Hollywood stars of the ’90s, Cruz made dozens of commercially successful films, such as A Few Good Men, The Firm, Interview with the Vampire, Jerry Maguire, which brought him a new Golden Globe in the Best Actor category. And a recent Oscar nomination. He received the same accolades for his role as a motivational speaker in the 1999 film Magnolia. The hero Ethan Hunt, whom he interpreted as many as six times in the period from 1996 to 2018 in the Mission: Impossible franchise, brought him planetary popularity.

From 2001 to 2014, Cruz made several commercially successful films, such as Vanilla Sky, Minority Report, The Last Samurai, Collateral, War of the Worlds, Knight and Day, Oblivion, Edge of Tomorrow, and others.

The actor was married to colleagues Mimi Rogers, Nicole Kidman, and Katie Holmes. He has two adopted children and a biological daughter, whom he got married to Katie Holmes. He is an outspoken advocate of Scientology, which he says helped him deal with dyslexia. During the 2000s, he caused numerous controversies because he worked on promoting Scientology to gain the official religion’s status in Europe.

Childhood and education Tom Cruise was born in Syracuse, New York, in 1962. His mother was a teacher, Mary Lee Pfeifer, and his father, an electrical engineer Thomas Cruise Mapother III. The actor has three sisters, Lee Anne, Marian, and Cass.
Tom grew up in a poor Catholic family. He often described the father as a bully and a coward who beat his children. In an interview, he admitted that Thomas the Elder brutally beat him and his sisters whenever something went wrong.

At the end of 1971, they settled in Bacon Hill, Ottawa. He finished the fourth and fifth grade at the Robert Hopkins State School, and already there, he started acting in theater plays.

He then attended Henry Munro High School in Ottawa. In the same year, the mother left her father and moved to the United States with her children. She married Jack South in 1978, and Thomas Cruz Sr. died in 1984 of cancer. As a Catholic Church scholarship holder, he spent a short time at the Franciscan seminary in Cincinnati. Before he became interested in acting, he wanted to become a priest.

With a salary of over 570 million dollars, Cruz is considered one of the world’s highest-paid actors. His films have grossed over four billion dollars in North America and over 10.1 billion worldwide, making him one of the film industry’s wealthiest people. 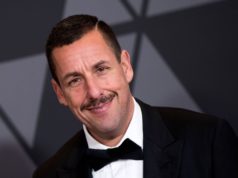 Adam Sandler Net Worth 2023 – How did He Earn His Money and Wealth? 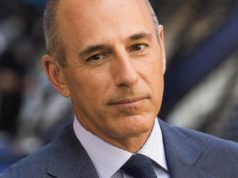