It’s pretty rare for your name to echo throughout eternity, and there are two surefire ways to do it: be one of the most awesome people ever, or being so pants-crappingly scary that people will say you’re a bloodsucking monster because that’s the more pleasant alternative. Here are three people who took that latter route. 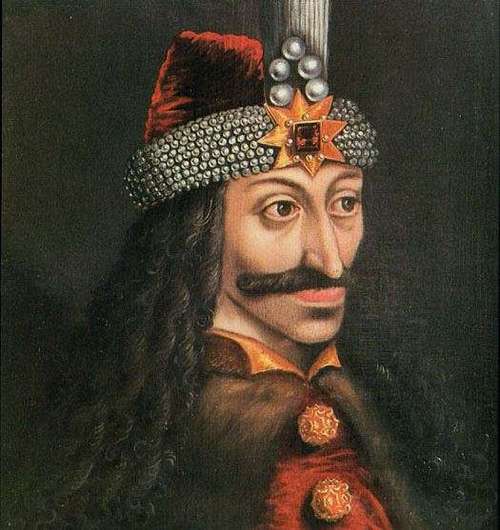 OK, so if you’ve got a nickname as cute and cuddly as “The Impaler”, you’re probably going to leave a legend or twelve of how bloodthirsty and murderous you are behind you. Granted, Vlad wasn’t exactly going to have a life full of sunshine and puppies, since he was born in one of the most war-torn areas of Eastern Europe and his infamous last name, Dracula, literally means “son of the dragon”. Sure, nowadays that kind of sounds like a Bruce Lee exploitation movie, but back in the day meant you were going to take a crap in a lot of people’s cereal bowls before your ticket got punched.

On the other hand, it kind of shows you how the rich write the history, because depending on who you were, Vlad actually wasn’t that bad. He was put on the throne because some of the Wallachian nobles, supported by the Hungarian ruler Janos Hunyadi, murdered his father, and then tortured his brother with hot iron stakes and buried him alive. He was deposed, kicked around Europe a bit, and then wound up befriending Hunyadi. Luckily, Vlad knew his way around the Ottoman Empire, who at the time were pretty much laying siege to all of Western Europe.

So, Hunyadi gave his buddy Vlad Wallachia back. In addition to being run by the guys who’d murdered a good chunk of his family, he found crime everywhere, no trade, and no agriculture. So, after defeating and killing his rival Vladislav II, he got to work getting rid of the guys who’d run the country into the ground.

This is where that nickname comes in. To be fair, the boyars were pretty much totally corrupt, and he had to get it across to the new management that he meant business. And to be even fairer, this was a guy who was up front in battles: he died on the battlefield, defending his country. Still, dude, you couldn’t just behead them or something?

But what he should have done was hire a good PR agent. Most of the stories about him being a monster come from German and Russian reports: namely, the survivors and family of all the people he, granted, murdered horribly. He cultivated this reputation for a reason: it scared the crap out of people who’d otherwise try to invade. But after he died, it didn’t do him many favors.

So on one hand, the Romanians still like him, considering he saved their country, restored order, and got bread on the table again. On the other, he killed tons of people and his inspiration to modern vampire myth is indirectly responsible for the Twilight saga. We’re sticking with monster. 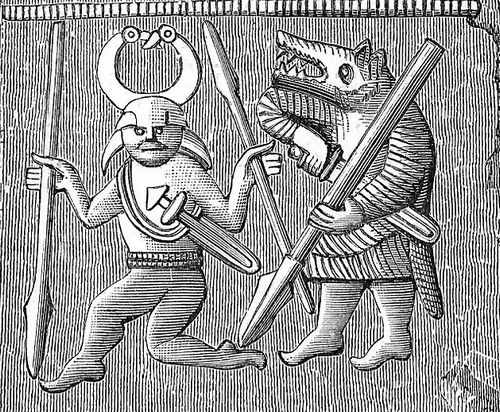 It’s pretty rare that an entire group of people can inspire a legend, but then again, maybe they just rode on the coattails of a legend.

Werewolves have been with humanity pretty much from our humble beginnings right up to the modern day, where they’ve been turned into ab models with all the emotional ferocity and raw fire of Justin Bieber after he’s been kicked in the nards. However, back in the day, people were really, really scared of werewolves.

Viking berserkers were a little different: they wanted to BE werewolves. The name actually comes from Old Norse for “bear shirt”, which means they wore bear pelts into battle. But bears would be ashamed of how these bear shirts acted. Even rabid bears.

Berserkers are among the few types of people who don’t have a good reputation in Viking mythology. Keep in mind, it’s certainly among the manliest of mythologies, where feelings are for wusses and even Sam, Viking lawyer (yes, look it up, there’s a Viking lawyer in many classic sagas, and he really is named Sam, or Saam depending on the translation), could put boot to posterior when called upon. But by 1015 Berserkers had been banned.

Berserkers get a bad rep among Vikings because they got Vikings a bad rep among everyone else. The Vikings, for all their raiding and pillaging reputation, were actually a fairly law-abiding and orderly people. So when some of your population is running around pretending to be bears, and worse, inhaling magic mushrooms that made them immune to pain, fear, or common sense.

So, this really helped push along the legend of the werewolf. After all, it wasn’t just a legend; people really DID see a big hairy guy shrug off terrible wounds and rip people to shreds with their bare hands. It just got a little garbled. We’re still trying to figure out where the moon comes into it. 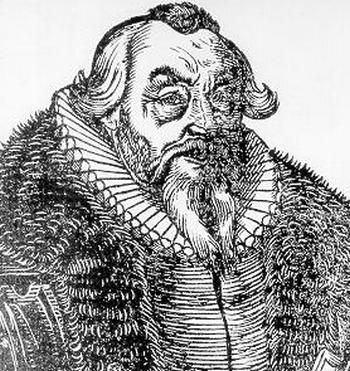 Not everybody can inspire a word in their lifetimes, and usually it’s something pretty humiliating. Ask King Phyrrus if he likes have “Phyrric victory” as his enduring legacy. But it tells you something when the term “Faustian” has lasted for hundreds of years.

Faust is the classic example of the guy who’s just not satisfied, so, like a bonehead, sells his soul to the devil and it winds up destroying his life and turning him into a monster. So he must have really annoyed somebody at some point in his life, or been a really nasty character, right?

Well…we don’t know. Historical records were so sketchy that for a long time, people thought he was just made up. But there was, in fact, a Johann Faust: alchemist, astrologer, medical doctor, and depending on who you ask, a con man, or possibly a pedophile that had a dog that turned into a servant and could walk through walls.

That’s the thing about the real Faust: people either hated his guts or respected him. In fact, the record is so inconsistent, some people think there were actually two Fausts, both wandering the German countryside and scaring the crap out of the peasants because, heck, it was fun, maybe? People wrote about his tendency to boast, that he a big enough jerk in places like Ingolstadt that he got banished, and Nurnberg wouldn’t even let him in the front door.

His reputation for being in league with the devil seems to come partially from his performing of horoscopes and magic tricks, and partially because the church said so. Back then, the church was considered an authority on these things, and that probably made Faust’s life difficult. Writing a few treatises on alchemy, considered the devil’s work, probably didn’t help.

What definitely didn’t help was accidentally killing himself in an explosion. Now, as we understand what chemistry is, we know that Faust was probably goofing around with something he shouldn’t be, and blew himself up. But back then, people insisted it’d been the Devil showing up to collect him. After all, he was covered in horrible wounds and his face kept turning back to the Earth! He must have sold his soul to Satan.

And it pretty much went to hell for his reputation from there. Faust was a boogeyman for decades after his death, even after Marlowe and Goethe lent him some literary respectability.

Well, he was a magician, and he should have known better than anyone: that’s showbiz for you.

Know some other horror legends were based on the real deal? Post them in the comments below!