Home Finance 5 Things You Can Actually Buy With Bitcoin

Now as the cryptocurrency mainstream is increasing, many companies have started accepting cryptocurrency and many are planning to accept the payment in the form of cryptocurrency. The first cryptocurrency was launched in 2009 which was bitcoin and after it now there are many crypto launched and are launching in the market daily. So in near future many things can be bought by bitcoin like from a computer to a cup of coffee and even an apartment also.

But soon after the launch of cryptocurrency in the market it became a conduct of many criminal activities also because there is no third party involved or even know about the transaction.

The list of things is now increasing daily of what are the things you can buy from bitcoin if you’re not any criminal. All thanks to growing knowledge about cryptocurrency like bitcoin that it can now be used to purchase a wide range of services and products. From luxury watches to electronics and even cars can be purchased by bitcoins and the number of retailers accepting bitcoin as a payment has increased in a few years.

Over the past few years consumers and retailers started accepting bitcoin and due to which many cryptos started launching and covering the market. In a few years many companies are planning to integrate bitcoins in their operations and many retailers back in 2017 also announced that they would like to accept payment in the form of bitcoins in their stores but backaway their decision later.

There are reasons for why companies integrating bitcoin in their operations:

How to Buy Bitcoin

Many institutions started accepting bitcoin as payment. The easiest way to buy bitcoin is through a crypto debit card. These cards come with a preloaded cryptocurrency of your choice.

When you spend crypto the retailer receives the flat money in the form of payment. Crypto debit cards also partners with different payment-processing merchants like Visa and Mastercard so as to ensure the transaction occurs smoothly.

What can you Buy through Bitcoin

The most convenient and easiest ways to make purchases using cryptocurrency or bitcoin is via a cryptocurrency debit card. These cards are available from providers to major crypto exchanges and also allows you to withdraw cash from participating ATMs such as Visa and Mastercard.

There are a large number of transactions occurring daily nowadays. Large amounts of transactions using bitcoin still are rare. Like, very few real estates started asking for cryptocurrencies like bitcoin as payment. Now a wide variety of products can also be purchased from e-commerce websites using bitcoins. Here are the list of few categories:

Now Paypal which was once the eBay subsidiary, started allowing their customers to sell, buy and even hold cryptocurrency in their accounts. Ebay also allows cryptocurrency to be used on their platform after the hike in the price of bitcoin in 2017. It even bought banners for promotion at cryptocurrency conferences but the San Jose company still hasn’t confirmed that they will allow cryptocurrency based transactions or not.

Many car dealers started accepting bitcoin as payment. Luxury car deals like Lamborghini to others which are favorite of bitcoiners are offering payment acceptance in the form of bitcoins. The biggest electric car maker company Tesla became the most recent one to join the list of companies which started accepting payment in the form of cryptocurrency.

Tesla owner Elon Musk is also a crypto enthusiast and said in one of his twitter feeds that he supports cryptocurrency.

Luxury retailers and makers have also started accepting bitcoin in the form of payment. Online luxury retailers offer Patek Philippe, Rolex and other high end watches in return for bitcoin.

A luxury watchmaker Franck Muller who made many luxury watches even made a watch which is encrusted with diamonds and golds and also has a QR code from bitcoin genesis block. Some other jewelry stores have also partnered with payment processors to accept crypto based purchases from their online stores.

Insurance industry also started moving in embracing cryptocurrency. Things are beginning to change on online platforms. Insurance providers have begun accepting payments for premium using bitcoins and for other portfolios in their schemes.

All the cryptocurrency media outlets have started accepting bitcoin for their services or other subscriptions. The mainstream outlet is Chicago Sun-Times which became the first media platform to accept bitcoin for its services in 2014. 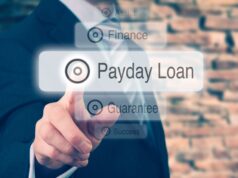 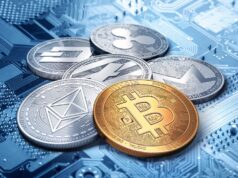 5 Reasons why All Digital Currencies are so Volatile 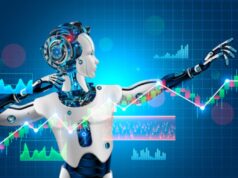 6 Reasons Why Every Investor Should Use Crypto Trading Bots