Nature has a strange way of providing mystic remedies for a lot of negative conditions that we face in our life. People have been using only natural medicine for a very long time, ages before we had laboratories and modern cures in the form of pills and vaccines. Not that there’s anything wrong with the things we have today, but the existence of natural remedies makes us think a lot about their potential. In a perfect world, none of us would ever have to use a cure in any form, but unfortunately, our world is far from perfect.

In today’s article, we decided to talk about Kratom, which is a natural substance that people use for a very long time. Just like everything in life, it has its ups and downs, but like always, we’re here to inform you about both the good and the “bad” side of it. It’s a very interesting topic, so let’s not keep this introduction any longer than it needs to be, and jump straight into the content. Here’s what you need to know.

One of the main things that you need to know about Kratom is what it is, so let’s take a look at some interesting facts. This tree can be found in Thailand, Indonesia, New Guinea and Malaysia, and it grows naturally in large quantities in the previously mentioned areas.

The leaves of the tree have been used as medicine for a very long time according to the citizens. However, in these modern times, Kratom can also be used as a recreational substance, something similar to CBD and THC which can both be found in the Marijuana plant. They’re not exactly the same in terms of the effects, but we’ll get to that in just a bit.

Long ago when people didn’t have any regulations for such natural substances, everybody was using Kratom as a cure. However, since today a lot of people like to abuse the effects, it’s a regulated substance in a few European countries, and in some of the countries that we mentioned above where it grows freely. It’s not banned or forbidden in any way, but it is regulated and you need some kind of a prescription from a doctor in order to get your hands on it.

Obviously, too much of a good thing is usually bad, and the same thing applies for everything in life. Alcohol is allowed in ninety-nine percent of the countries, yet when abused it can be the main cause of accidents.

It’s used as a cure

We already mentioned this, but let’s talk about it a bit more in detail. Kratom is a substance that can help those who feel like they’re constantly under stress and those who suffer from lighter forms of insomnia. Nowadays we have tons of researches and studies about this natural substance, but long ago people didn’t have any of this, so they had to experiment with doses and effects. Basically, they did the tough work for us, but our modern doctors still like to know exactly what happens when you consume Kratom. Even with some of the possible side-effects that can occur if you abuse the substance, it’s still widely used as a remedy for many negative conditions.

In case you’re looking for an alternative remedy for some of the previously mentioned conditions, wekratom is a marketplace that offers various products with the highest safety factor and quality. If Kratom is not forbidden in your country, purchasing from the internet is a legitimate thing to do. Every day a lot of people are reconsidering the use of modern medicine due to the unwanted health risks that come with it, so switching to something natural is a great thing to do every once in a while.

As we said earlier, too much of a good thing is bad, and that’s basically how it is for everything that we do in life, including natural medicine. We’re not going to sugarcoat the abuse of Kratom, so let’s take a look at some of the unwanted effects that might occur if you’re doing this.

– Having a very dry mouth

As you see, most of these things can happen when you abuse something that’s as harmless as a fruit, so make sure that you’re not surpassing the recommended dosage, and definitely speak with your doctor before starting to use these products.

It’s not as addictive

Now some people describe Kratom as a very addictive substance, and although we’re not completely going to deny the fact that it can be addictive, it’s not as much as some people make it to be. Why? Because of the effects, you have manifest differently based on a lot of factors. Just like not everybody responds the same to certain medications or even natural substances such as Marijuana, the same thing goes for Kratom as well.

Yes, it might be difficult to stop using it if you’ve really been attached to it for a long time, but it’s nothing as intense as some other substances that people abuse in these modern days. A few mood swings are what you’re going to experience at most, even if you were a long time user. It takes a lot of misusages to feel anything more serious such as fevers or difficulties falling to sleep.

It has to be used in moderation

This is what we care the most about, and it’s what the World Health Organization wants as well. Nobody would forbid natural medicine if people weren’t abusing it, but sadly it’s just something that will always happen, so they must try to put an end to it one way or another, which is why Kratom is regulated in a few countries. If you ever consider to use this natural substance as a medicine, we advise you to tell your doctor about it and to do all possible research that you can before starting use. Never surpass the recommended dosage and you won’t experience any negatives. We hope that you stay healthy and happy as you should always be in life. 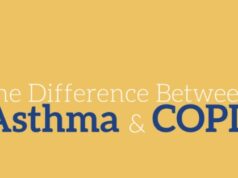 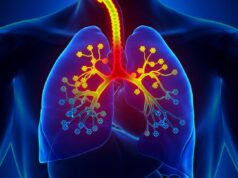