Home Gambling Weird or Not – These 4 Casino Players Made History!

Working in a casino can be challenging at times but the upside is that most nights are nothing short of intriguing events, laughter, surprises, nail-biting moments, magical incidents, and at times strange behavior that leaves everyone scratching their heads. There is no telling what a new day will bring or the type of characters that will end up in a casino on any given day. All you can be sure of is that casinos are the ground zero for the devil may care personalities and with this comes many peculiar stories you will find interesting.

Below are some real-life stories of big winners and losers some casino workers will never forget!

You might have heard of Terrance Watanabe, the successful businessman who lost his wealth at the famous Caesar’s Palace. The level of sheer stupidity expressed by Watanabe left many wondering how he became a millionaire in the first place. The big roller was enjoying his night out in Vegas trying his luck on the high stakes table, everything was just fine up until the complimentary entertainment, food, and drinks started coming his way.

Without a question, Watanabe was downing bottles and fondling the all too willing damsels cheering him on as he wagered. After all, it was in the house. Every reasonable gambler knows that Casinos will go out of their way to make sure players staking big money do not leave the table. The management is usually more than happy to part with top-shelf drinks and has a couple of gorgeous girls on standby to get their target charged up. Watanabe had fallen hopelessly for the old trick and was now wagering his millions away.

The morning after, poor Watanabe was down $127 million. Even the casino managers had never seen the old casino tactic work this effectively. Watanabe filed a case in court on allegations that the Casino staff had tricked him with alcohol mixed with painkillers to numb his sharp senses. Of course, this did not stand in court and the case was dismissed almost immediately. Watanabe had just been handed a cold and expensive lesson that nothing is free, especially in a Casino.

Such stories make you appreciate the policies used by online casinos when they suspend accounts of gamblers that seem to have lost control over their bankroll management (explained here). 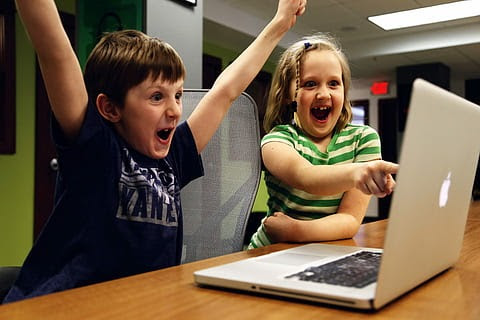 In India, the story of Aashish Nanak still puzzles many who hear it. The 8-year-old stumbled on his uncle’s old computer, who had left open tabs of his online gambling account. Now, the most logical thing that we expect an 8-year old to do is unknowingly plunder the account dry. Contrary to this, Aashish quickly learned the game and started cashing in on every round. By the time he was done, he was at the half a million-dollar mark, which converted to 22,912,500 Indian Rupees. Imagine the look on his uncle’s face when he logged into the account later on.

Following the story, the betting company refused withdrawal of the money claiming that Aashish had violated terms and regulations, as children below the age of 18 were not allowed to take part in any form of online gambling. We cannot ascertain the credibility of the story but what we know, the uncle could have gone about it differently and gotten a clean payout. It seems they were too excited to keep it a secret before getting paid. What would you do, run to court like the millionaire from the first story or count your losses and move on?

Archie Karas is a name forever engraved in Vegas history. He had no fear when it came to gambling, turning his life into a gambling rollercoaster ride. Born in Greece, Karas came to the USA working on a cruise ship. Eventually, he settled down in Los Angeles, where he made his first big winning streak, earning him $2,000,000. Unfortunately, he lost it all soon after.

After arriving in Vegas, Archie became a legend, earning the nickname ‘The Run’ after a few crazy winning streaks. During his famous winning streak, from 1992 to 1994, he managed to turn $50 into $40,000,000. The same drive that led Archie to his legendary status was also his weak point, leading him to lose everything. Archie’s life went on to follow this pattern of unbelievable winning streaks, followed by soul-crushing losses.

You have probably heard of the multibillion-dollar FedEx transportation company. Do you know that a few years back, the business was going under and almost declared bankrupt? The owner, Fred Smith, had $5,000 left in the account and a massive debt that could barely be covered by the money. Throwing caution to the wind, he decided to make his last stand in Vegas gambling what was left of his company in a game of blackjack.

In just one weekend, he had made more than enough to settle his company debt. Today, FedEx has over 300,000 employees who owe their jobs to that lucky weekend in Vegas.
There are many more fascinating stories told by casino operators like people intentionally soiling their pants to be kicked out of a gambling tournament, a grandmother who recorded a 154 game winning streak in craps, and a sore loser who urinated on the blackjack table before getting tackled down by security. 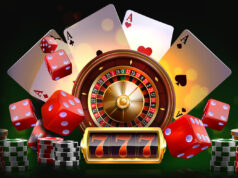