Living is hard, dying is easy. And you would think being dead would be easiest of all. But as the weird experiences of these seven people show, sometimes death is just the beginning of the crazy things that can happen to you.

From 891-894 AD the head of the Catholic Church was a guy named Formosus. While his time at the top was short, his reign was fraught with controversy since he ruled during a period of complex divisions within the church. Many important bishops did not agree with his decisions, despite the doctrine of papal infallibility. After his death he was succeeded by Boniface VI who reigned for a whopping 15 days. One of Formosus’ biggest critics then got the top spot as Pope Stephen VI. Not one to just let a grudge go, Stephen disinterred his predecessor and charged him with various crimes. He then ordered the corpse to defend itself at trial. Formosus was dressed in his vestments and answered questions on his guilt or innocence. Ok, actually it was a guy hiding behind the throne doing the talking, but the intent was there. Unsurprisingly, since he was dead and all, Formosus was found guilty. His body was desecrated and thrown in the Tiber. He got his revenge though, as Stephen was killed a few months later. 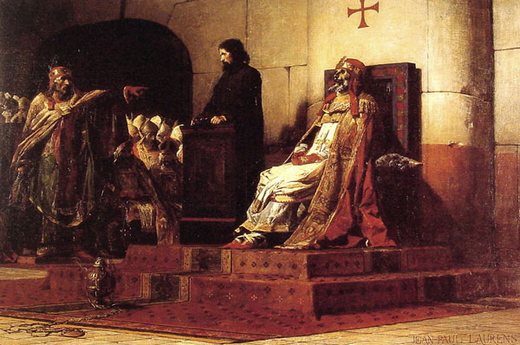 Before he became king, Pedro I of Portugal had a beautiful mistress whom he loved very much named Ines de Castro. This must have pissed off his wife something fierce. Never-the-less, their illicit relationship was happy and the pair had four children together. When Ines died in 1355 (most likely executed on the orders of Pedro’s father) the prince was distraught. After ascending the throne he begged the pope for permission to make his children with Ines legitimate, so that they and their descendants would officially be in line for the throne of Portugal. The pope, who was kind of a hard ass, refused. He said the only way the children could be legitimized was is Ines was crowned queen. Obviously this was impossible, since she was dead. Well, it’s impossible if you aren’t an absolute monarch who is used to getting their own way. Pedro disinterred his beloved and by now partially decomposed mistress, dressed what remained of her in regal robes and held a coronation. Ines was crowned Queen of Portugal, complete with a crown, and courtiers kissing her hand — after being dead for 5 years. That must have been a trial for everyone involved. 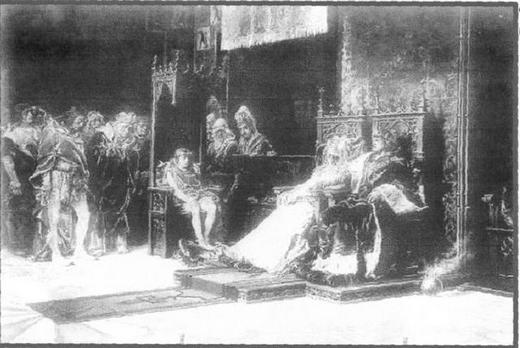 As his name implies, Philip, King of Castile in the 1500s, was a looker. His wife, Juana (no la Loca yet) was madly in love with him. Unfortunately, he had other interests, namely anything in a gown that wasn’t his wife. When Philip died young his wife, always a bit unstable, went over the edge. She refused to let any other women anywhere near his corpse. She had his coffin opened regularly so she could caress his by now much less handsome face. On one occasion she even took his body out into a field for the night and ordered everyone else to stay away. As this was very shortly after he died, many people close to her thought she had actually had sex with Philip. If necrophilia isn’t a good reason to be saddled with the name “la Loca” for all history, then what is? 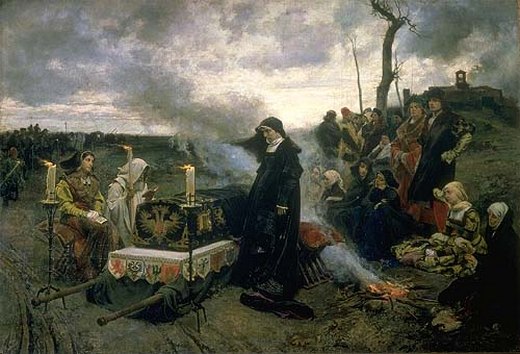 Sex with your wife after you have been dead a few days is one thing. Bishop Braybrooke took necrophilia to a whole new level, whether he liked it or not. The Bishop died in the 1400s and was buried in St. Paul’s Cathedral in London. 250 years later the great fire of 1666 destroyed part of the crypt he and others were laid to rest in. When people started exploring the crypt, they discovered the Bishop’s body was almost perfectly preserved “all tough and dry like a spongified leather.” Since life was a lot more boring then without flat screens and Wii’s to play with, people had to get their kicks somehow, and the Dean of St. Paul’s decided they would put Braybrooke on display for people to come gawk at. Charles II’s main mistress, Lady Castlemaine came to see the fun and while there instructed the keeper to leave her alone with the body for a minute, which he did. After she finally left the keeper discovered that the Bishop’s penis had been removed and for whatever reason concluded that Castlemaine had done it with her mouth. Poor guy, he just couldn’t catch a break.

The beautiful courtier Hortense Mancini lived a privileged life as one of King Charles II’s many mistresses. Unfortunately, her husband had a problem with being cuckolded and spent years trying to see his wife at court, getting angrier each time he failed. Hortense managed to avoid him for almost three decades, but then made the mistake, as so many of us do, of dying. After that there was nothing she could do to avoid him; hubby had her right where he wanted her. And where he wanted her was right beside him, no matter what. He embarked on a grand tour of Europe, his estranged wife’s smelly corpse by his side. Eventually his family, by that time realizing he was completely unhinged, finally convinced him to put poor Hortense to rest. 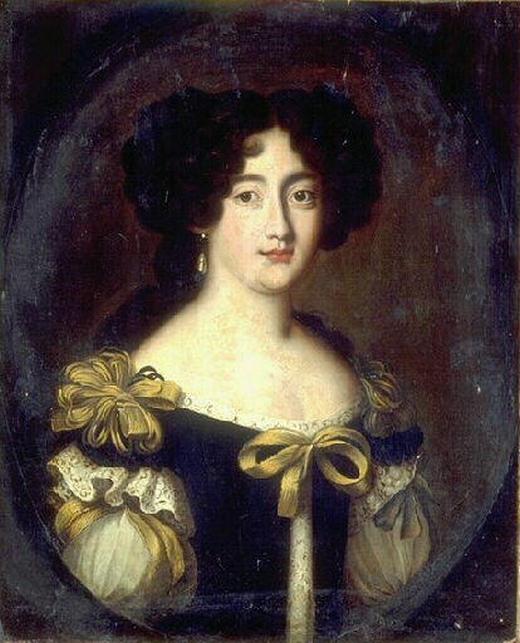 The Olympics used to be more blood sport and less friendly competition. It was not uncommon form participants to die fighting. However, as far as we know only one athlete won even though he was dead. Arrachion of Phigalia was a competitor in the event of pankation, sort of a mix of boxing and wrestling. Almost any move was legal, similar to cage fights today. Arrachion and his opponent we having a particularly vicious battle when Arrachion finally expired. However, the other athlete was also close to death and failed to notice the guy he was kicking the shit out of was already there. Finally, exhausted, he realized he couldn’t win and made the sign of defeat. Arrachion was declared the winner…even though by then everyone had figured out he was long gone. 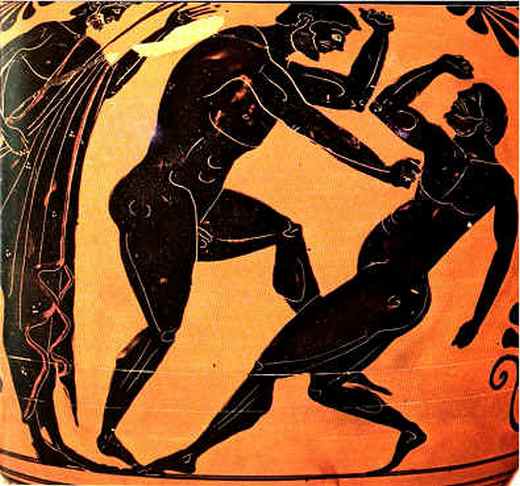 Many children (and let’s face it, adults) dream of becoming actors one day. Since 99% of those people will are untalented and will never actually do any training or other things necessary to become a star, they die with their dream still unfulfilled. One pianist didn’t let death stand in his way. Despite his demise in 1982 André Tchaíkowsky has recently starred in a Royal Shakespeare Company production of Hamlet in the role of Yorick alongside David Tennant, one of the most famous actors in Britain. Those of you who know a bit about Shakespeare have figured it out by now; for the rest of you: Yorick is not a speaking role, he is a skull. Mr. Tchaikowsky had to die to play the role, which is some serious method acting (top that Sean Penn). In his will Tchaikowsky left his skull to the RSC for use in plays. While many actors playing Hamlet have rehearsed with his skull before, Tennant was the first to actually use it during live performances. Creepy. 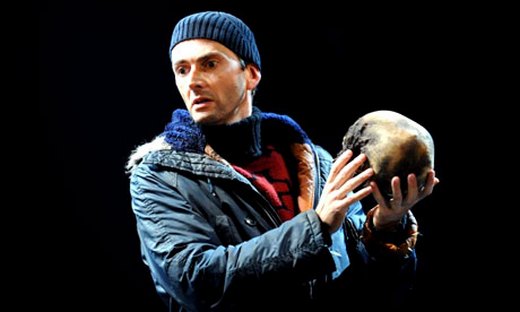