Twitter is one of the greatest things to ever hit the Internet. First of all, it has eradicated any boundary that might once have existed between the public and the private by letting people update their status from anywhere they can bring a cell phone, even if that’s the bathroom or in the middle of walking down the aisle at your own wedding. Second, it has created a way for people to spread democracy… or talk about intelligent artists like Justin Beiber. Lastly and most importantly, it has also managed to eradicate the last vestiges of faith in humanity regular Internet users might have had. 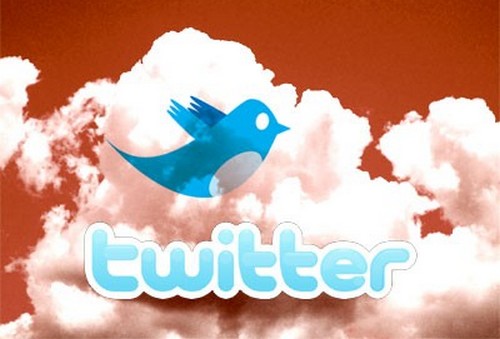 And, in a stroke of genius, you don’t even need to be alive to be tweeting! Yes, with a few simple programming steps, you too can teach a computer to retweet random phrases all over the Internet. Sure, it’s not going to make any sense. Sure, it’ll reveal just how much time you have on your hands and how few friends or even people that are willing to talk to you there actually are out there. But on the other hand, there’s nothing quite like being able to reply to every Big Lebowski quote on the web, or scold people for not sharing your manners. Here are ten Twitter bots that are simultaneously awesome and very, very sad.

Basically, it’s any preteen girl during the mid-90’s.

No, this is not a drug pusher’s retweeting device. Instead, it constantly tweets Backstreet Boys songs. Seriously, that’s all it does. Not Backstreet Boys news, not updated from any of the has-beens in the band, just links to their emotional, skillfully composed pop turds. It’s out of Brazil, which we suppose explain why anybody would run this feed. Us, we’re just wondering why there’s such a need to retweet links to Backstreet Boys songs. Aren’t they on the Internet? Can’t you just torrent it? We guess the links get the Backstreet Boys paid, but you don’t reward criminal behavior.

Get a couple of drinks in him and the REALLY filthy stuff comes out.

Anybody who is on Twitter and speaks like an adult (that is, by dropping f-bombs like a B-52 over the North Vietnamese jungle) is eventually going to run into swear_bot. Swear_bot is on a mission, has a goal, something that must be done: scold you, usually by dropping f-bombs itself. Swear_bot exists to collect data on using bad words all over the Internet, and ironically adds heavily to the percentages. Currently, it’s on saying ‘That’s what she said” to various users, but it’s also kicked people in the uterus, told people to stop f*[email protected] swearing, and generally serving as a rich source of tasty irony.

This does for art weirdoes what Pitchfork does for hipsters.

We know what you’re thinking; it’s just an art retweeting feed. It offers links to classic art. Well, no, actually. The title is “alloilpainting”, and they mean it. But alloilpainting isn’t looking for image links, it’s looking for eBay links. Yes, an abstract painting of tulips, a painting of what looks like a nurse barfing up tentacles, or a painting of Saddam Hussein; it doesn’t matter to alloilpainting! If it’s painted in oils, and on sale at eBay, alloilpainting will gladly retweet it to its over two thousand followers. That’s value!

I dreamed of a day when stupid internet bots were no more. Also, a nice pulled pork sammich.

You might mention your dreams on Twitter, just like you mention your deepest thoughts, darkest desires, and how often you complete your bodily functions. That’s what Twitter is for, to absolutely eradicate any semblance of privacy or dignity, and thedreamstream is there to help by retweeting anything with the words “I dreamed” in it. It doesn’t matter if you’re talking about the lyrics to the song from some terrible musical or something you actually dreamed, thedreamstream will be happy to retweet it to a wide variety of strangers. This is why we love the Internet!

Odds are, this was set up by a snarky 20-something whose parents told him to get a job.

Of all the things you could set a robot to retweet, we guess the word “opportunity” has the most chance to be inspiring. After all, opportunity knocks and there are all sorts of chances to discover new opportunities on the Internet, mostly of the “I am a Nigerian prince” variety, but hey, they’re still opportunities. On the other hand, this mostly means that it’s retweeting random news stories that happen to have the word “opportunity” in them, whether the opportunities are a job or a chance for a terrorist to blow things up. OK, so maybe it’s not that inspiring.

We understand being a huge fan of “The Big Lebowski” because it’s the greatest movie ever made. Heck, it’s arguably the greatest achievement in art in the history of human endeavor (the Mona Lisa can take a flying leap). So making a Twitter bot that replies to any Big Lebowski quotes you mention with a Lebowski quote of its own isn’t just amusing, it’s important. Profound, even. Spreading the wisdom of the Dude is a true achievement that doesn’t just improve Twitter, but betters humanity. Or at least cracks us up repeatedly.

Anything that might result in less tweeting is ok by us.

You might think this is a retweeting bot dedicated to Family Guy references, and we forgive you for believing we’d go anywhere near that festering waste of celluloid, ink, and paint that hates us all. Fortunately, shutupmeg is dedicated not to retweeting stale pop culture references pretending to be jokes, but rather people telling other people to shut up on Twitter. It’s kind of like a portable Jerry Springer episode of people telling other people to shut up. It’s a repository of hatred, violence, and hostility, which the Internet doesn’t nearly have enough of and we all need desperately more of.

“All the cheese in Italy” never caught on like “All the tea in China”.

We’re not shy about proclaiming how much we love cheese. Cheese is tasty. Cheese is beautiful. Cheese makes everything better, even other kinds of cheese. That said, we don’t really understand why somebody set up a Twitter bot whose sole job is to obsessively comb the web and discover who has tweeted the word “cheeses”…and then retweet it, for anybody who cares. And somebody MUST care, because this bot has over 1500 followers. What is the allure of cheese if you can’t eat it? Are those 1500 people desperately cheese-deprived?

Good news everyone! I’ve discovered a Twitter feed that speaks just like me, Doctor Hubert J. Farnswoth of Futurama! Whenever you read the tweets from this retweeting robot, you’ll hear my voice announcing important news like somebody closed their window or that the iPad can survive getting dropped by a twelve-year-old! Meanwhile, I’ll continue to ramble because that’s what old people do, and the elves have stolen my Finglonger! Why, why do the elves keep stealing my Finglonger?

…OK, yeah, we admit it, we just beat that joke to death. But a Twitter bot that retweets every instance of “Good news everyone!” is hilarious.

Up until now, all of the bots we’ve been talking about have a larger purpose. A goal, as far as machines can have a goal. Or at the very least, a specific phrase it wants to latch onto. But we saved the weirdest for last.