Sequels are one of the facts of life in Hollywood, just like gay actors pretending to be straight, executives ruining everything, and Michael Bay being a hugely successful director despite being a hack. If a movie is even remotely successful, they’ll put out a direct sequel. Or if they can’t get the original actors back, they’ll put out, say, a “spiritual sequel”. Either way, a movie is likely going to have a part two, even if that’s absolutely pointless. Here are ten movies you won’t believe they’ve turned into franchises. 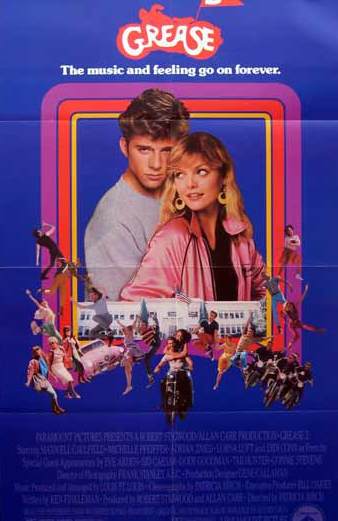 Your author would love to lie and say that he loves “Grease”, but that would be a terrible, shameful, horrible lie. “Grease” creeps out of this particular comedy writer like you would not believe, because so many people actually see high school that way instead of the rancid sewer of hormones, mood swings, and vileness that it actually is. Anybody who thinks high school is the best years of their life needs to get a job. Plus, the songs are just creepy. That “Ramalamadingdong” song could be the theme to every trailer park beating ever.

And even if we’ve ruined the original for you with that above paragraph, the sequel, which so many have gleefully forgotten, will finish the job in ways you can’t imagine. Does Michelle Pfiffer sing? Why, yes. Yes, she does. There’s a reason she hasn’t since. 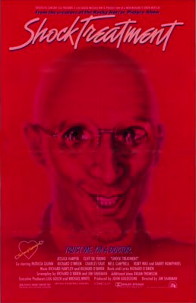 The story of the success of “The Rocky Horror Picture Show” is a pretty weird one in of itself: from bomb, to obscure cult movie, to famous cult movie, to mainstream success of a movie. Only in America can a movie that slams together ’70s gay culture and ’50s sci-fi movies like an eight-year-old bashing action figures together find such enduring success and popularity. Also, we’ve got a lot of closet cases up in here, and they like to watch Tim Curry when he was a quarter of his current weight prance around in women’s clothes.

Anyway, after the first movie, Brad and Janet return to Denton, which is apparently A) in Texas and B) encased in a TV studio. Nobody in the cast returned, because the movie is as weird, and as bad, as it sounds. 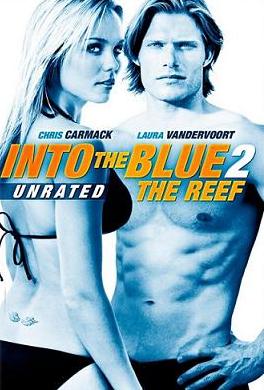 We’re not really sure what “Into the Blue” was supposed to be about. We think it was about skin-diving treasure hunters, but we’re also fairly sure the only reason it was set in that milieu was to feature gorgeous tropical locations and to ensure that Jessica Alba and Paul Walker covered less than a quarter of their bodies in clothing at all times.

The sequel, smartly, did away with the cost of huge stars and just got random hot people. Finally, a studio is thinking! 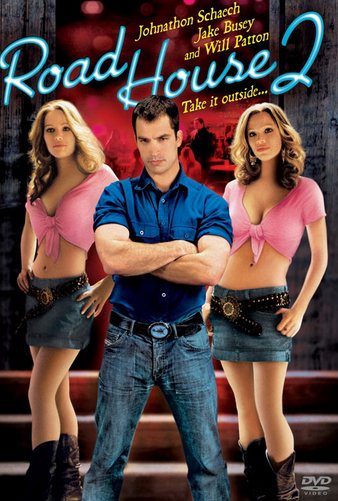 Patrick Swayze’s greatest movie outside of “Father Hood” was one of the most heart-warming and endearing films ever made about ripping another man’s throat out and driving a monster truck through a car dealership for no reason other than it looked cool. Swayze, of course, left us recently, a fact we still mourn. Especially since he was still alive when the above turkey came out.

“The Land Before Time” 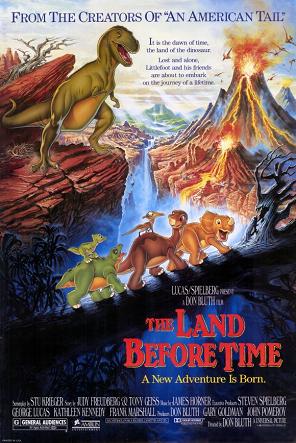 We don’t really have much to say about this because we loved the original, and we love Littlefoot. The idea of mixing Disneyesque animation and dinosaurs, two things pretty much every kid loves between the ages of four and eight, was pretty much brilliant, and that lava-plain finale is just amazing.

On the other hand, Don Bluth loves eating, and it’s not like he’s got much in the way of work these days. As a result, there have been thirteen, yes, THIRTEEN direct-to-video “Land Before Time” sequels. Star Wars fans have nothing on the rest of us when it comes to destroyed childhoods.