Ah Batman. Touted as the “plausible superhero”. I mean, with the right training and gadgets and backstory and billions of dollars, you could be Batman, right? But what if… what if not even Bruce Wayne could be Batman? 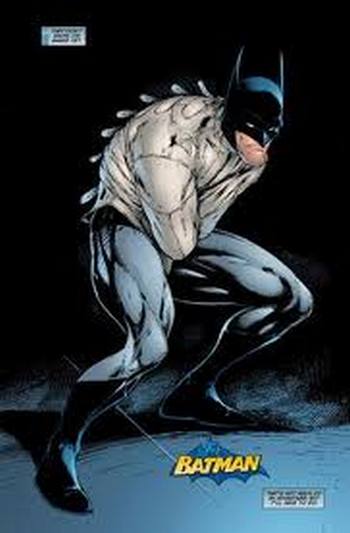 “You don’t understand. I am a crime fighter. I have to get back to fighting crime.”

Imagine for a minute if Bruce Wayne was real. We are not asking you to imagine that Batman is real (but that is part of the discussion), the point is to imagine that Bruce Wayne is real. There are a few tenants of the Batman mythos that are a general constant. If you accept Batman through a certain lens, then there is a compelling picture that Bruce Wayne’s entire life has been sadder than anyone could actually imagine. What if Bruce Wayne himself was a delusional mental patient who had been committed to Arkham Asylum shortly after his parents were murdered? 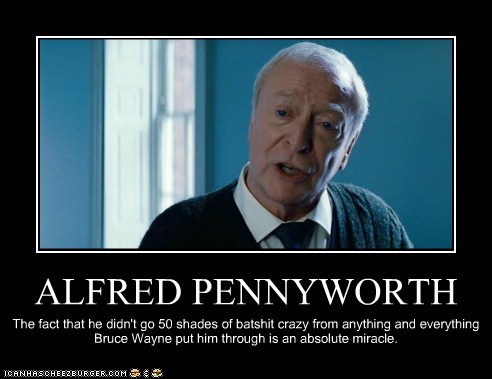 “I didn’t go insane because I am paid by the Asylum.”

The stately Wayne fortune would have certainly had enough money to pay for all of young Bruce’s mental health expenses. Considering the time in which Bruce actually saw his parents murdered, it may have been a logical conclusion. In the popular telling of the story, Bruce’s parents were killed while watching The Mark of Zorro in 1920. This would mean that Bruce was probably born between 1910 and 1914. There was a kindly older orderly working in Arkham. Bruce knew that he had money so it was easy to develop the delusion that the man bringing him food was actually his Butler and not someone employed by the insane asylum. Alfred probably willingly played along with this fiction just to make his job and everyone else’s lives easier. As Bruce grew, he fantasized that he had a ‘secret cave’ which only Alfred knew of. In reality the Bat Cave is little more than a padded cell. 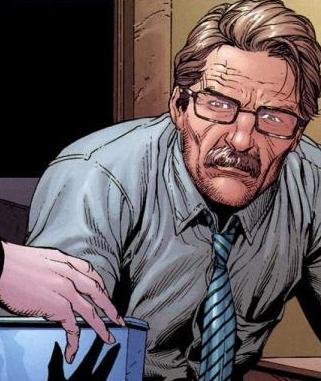 “Police Chief? At what they are paying me? Yeah, right.”

Sanitariums are not without a frequent security presence. Bruce could only process the uniformed officer as being part of his natural world. Therefore, the Chief of Security at Arkham (James Gordon) became Commissioner Gordon in young Bruce’s mind. The Chief of police fantasy probably tickled the old man’s fancy and he just played along. Gordon might even enjoy it when Bruce is transparently pretending to be this odd ‘Batman’ vigilante. 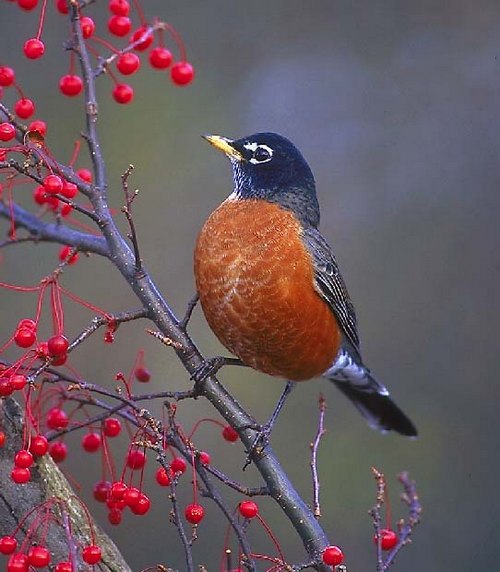 “Genius here thinks I was an acrobat.”

In this light, the ‘Robin’ characters become the saddest as well as the most compelling. In Bruce’s mind, they are young wards who help him in his crime-fighting adventures. In reality, they are really what they say they are. They are lost birds. They are actual Robins. Of course, Bruce has to care for something so he gives them a place of honor and cares for them. The first one was probably found by mistake. The nest had fallen down from an unnatural height. There was only one sad little bird left. Bruce names the Robin ‘Dick’ and cared for him until the sad day that he flew away. After that, Bruce found ‘Jason’ when ‘Jason’ was caught in the spokes of a wheelchair. Sadly, Jason was beaten to death by another inmate. Bruce reacted violently nearly killing the other inmate. The hospital then replaced ‘Jason’ with ‘Tim.’ ‘Tim’ found Bruce in his ‘cave’ and already knew all of his secrets. 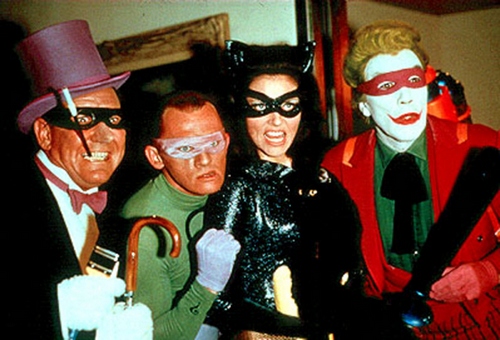 Meet the fellow inmates at Arkham Asylum. Bruce has to be frequently separated from people he routinely attacks for being ‘criminal.’ Why Bruce is afforded such special treatment? Naturally, he is the richest guy there and his estate’s donations probably keep Arkham running smoothly. The Joker is simply the one who needles the solemn delusional ‘Batman’ the most. Think about who played Batman villains in the Tim Burton movies. You had Jack Nicholson as the Joker and Danny Devito as the Penguin. Do you know another movie that Devito and Nicholson starred in together? There are a few but the most telling one would be the 1975 classic One Flew Over the Cuckoo’s Nest. Imagine Randle McMurphy and Martini’s reaction to the middle-aged billionaire ‘Batman.’ Someone that easy to make fun of until they attack you would have practically been a boon to McMurphy’s overall plans. Beyond that, everyone’s peculiar psychoses tend to fit in with Bruce’s delusion anyway. If it was not for his overall violent tendencies, this would be how he made sense out of his life. It would explain why Bruce is frequently isolated and only can escape as well as the attack at night.

The Living Dr. And Martha Wayne 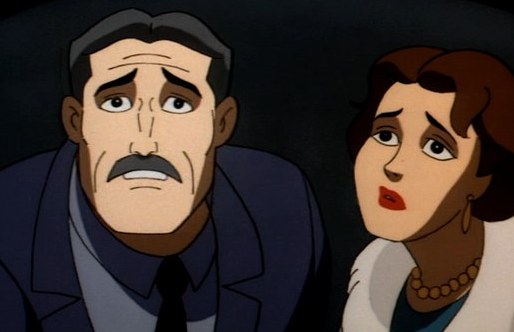 “Well, there was our firstborn…Bruce … but we don’t really talk about him much…”

We will even throw you one better on Bruce’s classic origin. Maybe Thomas and Martha Wayne were not shot at all. It could have been Bruce who lashed out violently at Mr. Joe Chilton for being a ‘criminal’ in the alley that night. Being a Doctor, Wayne knew that he could no longer control his son. This would mean that the Wayne family willingly had this violent embarrassment committed. Bruce’s brain naturally could not handle the fact that his parents had committed and did not visit him. Furthermore, the fact that they would go on to have a family independent of Bruce would process in Bruce’s mind the only way that Bruce knew how. Bruce created the mental fantasy that it was ‘Chill’ who was the villain all along. The chill had killed his parents and then spurred him on to a life of ‘crime-fighting.’ Quietly, the Wayne family continues to pick up the tab for their sick son, ‘the Batman’, for decades. 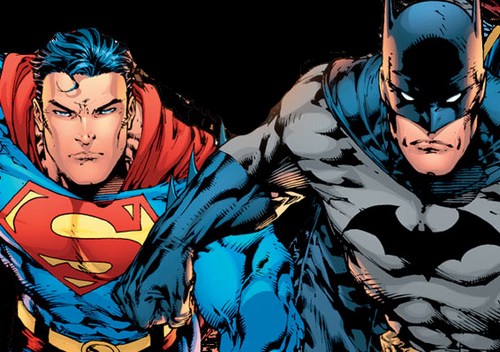 “Welcome to the ‘Hall of Justice’”

Clark? Arkham would deport him tomorrow if they could ever figure out where he … came from. Here is the deal. They found this guy working as reporter Clark Kent. Then one night, he scares half the city claiming that he could fly. They take Mr. Truth, Justice, and the American Way into custody. He is not actually an American citizen, has no birth certificate, no social security card, and claims to come from a small town in Kansas that doesn’t even exist. That’s when everything started to get weird. When questioned further, Mr. Truth Teller starts going into his origins. He is apparently (according to him) the last survivor of a doomed destroyed planet. The planet again (by his own admission) no longer exists. This helps nothing at all in figuring out where he actually did come from in any way. What do we know?

He is clearly not mentally sound and his flight delusion presents a clear danger to himself. He has even claimed to audibly hear his alien father Jor-El. If given half a chance, they found that Clark will actually lock himself in a freezer and call it a ‘Fortress of Solitude’ while audibly hearing commands from his alien father. Most of the time Bruce and Clark have to be separated. Most of the time when they are together is when they are both in the hospital’s infirmary. The most famous time was when Clark was beaten within an inch of his life and Bruce had his back broken by a fellow patient in the same year.