People complain that nobody reads anymore, which kind of makes us wonder about the hobbies of people complaining that nobody reads anymore. But it’s pretty obvious that this isn’t true; people read more than ever. There are paper books, ebooks, audiobooks, all of them selling like gangbusters, which prove that while people do like to read, they just generally like to read crud. And they like to read the same crud, over and over and OVER again. Here are five book series that have remained popular and beloved long after the plots have hit their sell-by dates, and in some cases, long after the original author has bought the farm and the barn to go with it. 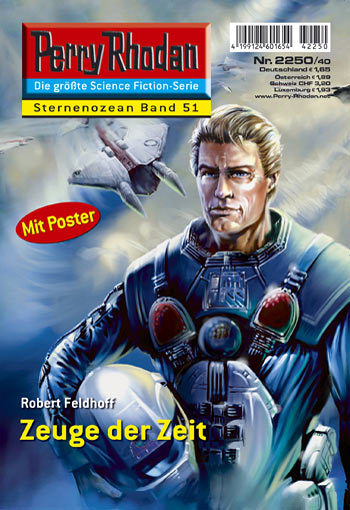 If you’ve never heard of this, there’s a reason: it’s German and the popularity is largely limited to Germany, like many other things our advertisers won’t let us make jokes about. Which doesn’t stop us (the availability only in Germany, not the other stuff) from scratching our heads at how and why this series became and remains so popular.

Perry Rhodan is essentially old fashioned, two fisted pulp sci-fi like grandpa used to read back in the ’30s, when they couldn’t afford hyphens for words like “old-fashioned” and “two-fisted”. It’s even put out like the pulps, in digests that pretty closely resemble the way pulp magazines were printed and distributed on newsstands, although of a higher quality, not that this is terribly hard to do. In fact, we’re pretty sure the Perry Rhodan series has been about the only ones doing this kind of science fiction seriously since the Summer of Love. And it makes money like you wouldn’t believe: the series is still going strong more than forty years after it started.

Granted, the Germans have a deep love of cheese, but this baffles us. Then again, there’s little about Germany that isn’t baffling; they’re like the European version of Japan.

The Wheel of Time 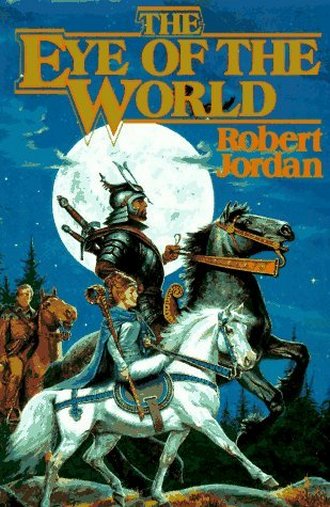 Hey, speaking of pulp, how about this beloved franchise?

Any writer has to be impressed with the output of Robert Jordan. The guy didn’t just write a novel a year, he wrote a novel that could double as a doorstop every year. Say what you will about his talent, there’s no denying the quantity of what he put out.

The Wheel of Time books regularly go over a thousand pages, usually because Jordan never found a plot twist or cliché he didn’t want to somehow work into his books. Seriously, we’re pretty sure he’s featured every single possible high fantasy trope and stereotype at this point. He’s even brought in ninjas. Ninjas! OK, fine, they’re Japanese ethnic stereotypes under another name, but they’re still freaking ninjas.

This is because the Wheel of Time was supposed to be six books long. Which, you know, is long for a fantasy franchise, but whatever, it’s not like six books is an insane number and six thousand pages is enough space for a plot. Then it bloated to nine. Then twelve. And then the author freaking died. When a fan of the books, Brandon Sanderson, took over, he realized that the twelfth book was going to be an even bigger brick than the other eleven books, he wound up expanding the series to fourteen, much to his publisher’s delight.

When a book outlives the author, does that mean it’s secretly a demon? We’re willing to bet that it does. 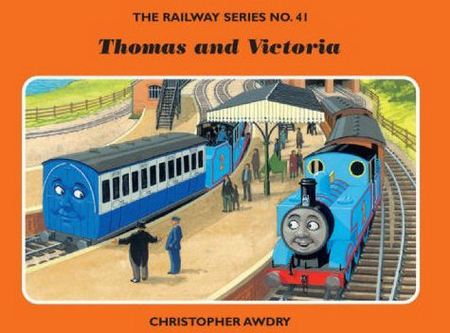 If there’s one thing we’ve never understood about the British, it’s their inexplicable love of trains. We’d get it if Germans love trains, because they love making trains run on ti-

[Ed. Note: due to the sheer bad taste of the above joke, the author has been shot. Please enjoy a replacement author who will endeavor to replicate the tone of the previous author in better taste]

The Railway Series is, of course, a series of books about Thomas the Tank Engine. Until we researched it, we had no idea it took place on a fictional island, or was written by a preacher, meaning this series is a lot weirder than we’d ever thought. And we watched all the episodes that featured George Carlin as the conductor, hoping he’d start ranting about grammar.

It was supposed to stop at book twelve, because there are only so many places you can take a book about sentient trains for kids. Yeah, another fourteen books later, the author, Reverend William Awdry, bought the farm. End of the series, right? Nope, his kid Christopher picks up and writes another fifteen books. The 42nd book will be out in 2011, and will probably be about Thomas going to boarding school and exploring his sexuality.