Home Marijuana The Most Important Health Benefits of CBD

If you’ve been following the news and developments on CBD, you probably heard it helps relieve various health complaints without causing the adverse side effects of traditional medicines. While this might be the case, there is a need for more studies on its safety and effectiveness. This article explores the coming of CBD and its use for treating certain ailments. It also provides information on using CBD safely, risks, and possible side effects.

Cannabidiol (CBD) is a non-psychoactive substance found in hemp. Hemp is a natural part of the Cannabis Sativa L. plant, also called the marijuana plant. But unlike marijuana, it does not usually contain tetrahydrocannabinol or THC. THC is the mind-altering substance that makes marijuana an illegal or regulated drug, depending on your location.

According to flawlesscbd.co.uk, much of the studies on CBD surround the use of CBD oil. The oil is extracted from isolated CBD and comes out as pure CBD oil or full-spectrum CBD oil. In some cases, an oil product, e.g., a tincture, may contain trace amounts of THC. In the case of full-spectrum CBD oils, the THC and other cannabinoids help to enhance the therapeutic effects of CBD.

Moreover, the US Drug Enforcement Administration (DEA) lists marijuana, but not CBD, as a controlled substance. However, any cannabis product containing more than 0.3 percent THC is classified as marijuana. This includes CBD products laced with high levels of THC. If you want to buy high-quality CBD Oil then check this site.

Regardless, the legality of CBD remains unclear or may differ from state to state. In the meantime, scientific studies claim that the hemp-derived substance has wide-ranging health benefits. In fact, the World Health Organization (WHO) reports that CBD is safe and shows no effects that suggest it has a potential for abuse or dependence.

2When Did CBD First Start Being Used?

The use of cannabis for natural healing dates back thousands of years. But Roger Adams is named as the first person to find and extract CBD from the marijuana plant. However, it wasn’t until around the 1960s and 1970’s that studies properly began on individual cannabinoids found in the cannabis Sativa L. plant and their healing properties. In 1964, an Israeli scientist, Dr. Raphael Mechoulam, discovered that CBD is a non-intoxicating compound containing hundreds of medicinal benefits.

Although California legalized medical marijuana in 1996 and the US government patented CBD as a neuroprotectant in 2003, the government still considered CBD as a marijuana product.

Then in 2013, there were claims that a high-CBD strain of medical cannabis was used to treat Charlotte Figi, a child born with an extreme form of epilepsy called Dravet syndrome. By 2017, more states had legalized the use of CBD for medicinal purposes.

3What is CBD Used to Treat?

Scientific researchers conclude that CBD can help relieve a variety of health problems by interacting with the CB1 and CB2 receptors in the body’s endocannabinoid system. Here are some of its most important health benefits:

– Inflammation and Chronic Pain: Millions of Americans suffer from long-term or debilitating pain which may be linked to inflammation or interference with the nervous system. Currently, nonsteroidal anti-inflammatory drugs (NSAIDs) and other painkillers, such as steroids and opioids, are widely prescribed to treat severe or chronic pain. However, there is a high potential for dependence and abuse of prescription drugs such as opioids. As such, CBD may be an effective alternative treatment option for chronic pain, particularly neuropathic pain. It can also reduce the risk of addiction linked to habit-forming drugs. Furthermore, CBD can relieve inflammation and pain in patients with fibromyalgia and arthritis.

– Anxiety and Depression: Anxiety and depression are two common mental health disorders that can reduce a person’s quality of life. Anxiety, for example, causes panic, trouble sleeping, difficulty breathing, and other debilitating symptoms. CBD is a natural option for relieving the symptoms of anxiety, including those from social anxiety disorder (SAD). Its sedative effects provide calm, improve moods, and enhance sleep without the side effects caused by prescription anti-anxiety and antidepressant drugs. Researchers believe cannabidiol relieves anxiety by raising the levels of a brain chemical called serotonin. Serotonin helps provide a sense of happiness and well-being.

– Epilepsy/Seizures: Dravet syndrome and Lennox-Gastaut syndrome (LGS) are two rare but severe forms of childhood epilepsy. In 2017, the US Food and Drugs Administration (FDA) in a historic move approved the first-ever CBD-based drug, Epidiolex, as a treatment for these conditions. This decision followed from the failure of current antiseizure medications to provide relief. Epidiolex is shown to reduce the number of seizures in pediatric patients and may even prevent them from happening in some cases.

The WHO also reports that CBD has analgesic, neuroprotective, antipsychotic, anti-asthmatic, and anti-tumor effects. Meanwhile, other studies claim it can help treat autism in children, obesity, insomnia, and certain mood disorders.

4How to Use CBD Safely

First, you should speak with your doctor or healthcare professional who can help determine if this natural treatment is right for you. Your doctor will decide based on your health status and medical history. He or she can also assess the risk of interaction with other drugs you are using or possible health complications.

Secondly, consumers should obtain their CBD products from authentic sources (online or offline) to ensure they are receiving a product that is safe for humans and legal for use in their state. The marketing of CBD products is currently unregulated by the FDA, which is extremely important to understand; companies can make claims that aren’t verified to be true.

The reason the FDA isn’t regulating CBD is that cannabidiol and products containing it are considered as dietary supplements and not a medicine. In the absence of strict guidelines and regulations, it can be challenging to verify whether the product is pure and safe for use.

Companies like PearlCBD are taking the onus of that responsibility upon themselves by offering NFC tags on their products that will show where the product was grown, how it was cultivated, and more.

This sort of information is crucial, however, because without guidance consumers may end up taking larger doses than needed or end up with a product that has enough THC to cause a mental reaction.

As such, consumers should do thorough research to ensure they are getting authentic CBD oils and other products they plan to use.

CBD comes in various forms. Users can take it by mouth as a capsule or oil tincture. Here are some ways consumers use CBD oil or CBD-infused products:

6Cannabidiol Side Effects and Risks

CBD may trigger some the following mild side effects, although studies are still ongoing to determine the full gamut of possible adverse reactions:

Drowsiness caused by CBD can impair a person’s ability to drive. The hemp-based products may also increase the risk of liver damage or interact with certain drugs, e.g., clobazam.

There is scientific evidence that CBD can effectively relieve certain ailments that do not respond to mainstream medical treatment. It is also a natural treatment that is not habit-forming. This is because it does not contain THC or enough THC (in some cases) to adversely affect the patient’s mental state.

The known side effects are mild and, therefore, the benefits may outweigh the risks of using it. Do bear in mind that studies were done mostly on rats or animal models. In the meantime, researchers are trying to determine the full range of short and long-term effects of CBD use in humans. 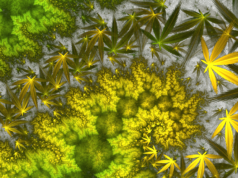 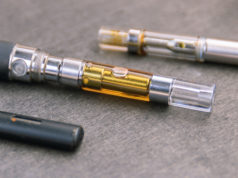 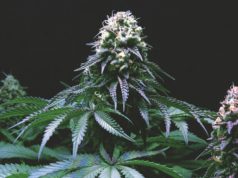 4 Pillars of a Successful Cannabis Producer

Top 10 Benefits of BIM in Construction

4 Tips for Smart Gambling – The Silver Lining Between Having...

Top 10 Benefits of BIM in Construction