Alcohol has always been something of a double-edged sword. We’re pretty certain (and by pretty certain, we mean that we were all sitting around one day and just randomly thought it sounded cool) that people have imbibed since the first proto-human found some old fruit that had surprisingly not gone totally rotten. The proto-human ate the fermented fruit (because that’s what proto-humans do) which caused all sorts of crazy reactions in the body, such as a feeling of giddiness, social inhibition, and being totally awesome at rock-throwing and chest-thumping – what we assume is the proto-human equivalent of parties. Alcohol was used for a variety of purposes, from appeasing and worshipping the gods to just having a good time. Still, there have always been those displeased by the variety of ill effects that can occur from imbibing large quantities of the stuff.

Because of these mixed feelings, temperance movements and their counterparts (illegal drinking, speak easies, the mafia) arose around the world during the 19th century, and occasionally earlier. People who weren’t quite willing to go over to the dark side but who still needed something better than water to drink created various different beverages to satisfy their urges.

To this day, people who want to add a little special something to their drinking without actually “drinking” have continued the trend. 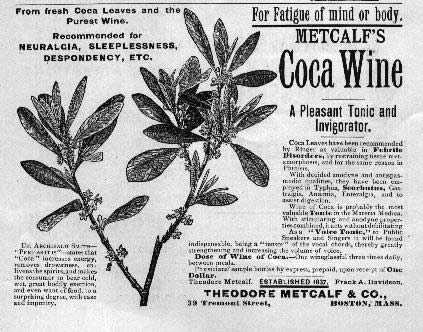 Get ready for something crazy…

Once upon a time (that time being the mid 1800’s) there was a great discovery: a delightful substance that made people feel absolutely wonderful, a magical elixir that strengthened the body, prevented colds, and cured rotten wounds. “Hey,” you might be asking yourself right now, as well you should, “What happened to that awesome concoction? Why aren’t we still using it today?” The answer is: some of us still are. The “magical elixir” is also known as cocaine, and as Sigmund Freud would be only too glad to tell you were he still alive, the effects aren’t all good.

Natives of South America had chewed on coca leaves for thousands of years prior to the “discovery” of the drug but, of course, no one believes natives, so it took a while for the rest of the world to get wind of the properties of the leaf. And what did the more science-y cultures do when they finally managed to isolate the feel-good compound from the plant? They mixed it with wine, of course, to make it even better! And so coca-wine was born. How’s that for a buzz-inducing beverage?

So what does this all have to do with alcoholic beverage substitutions? Well, some time after the creation of coca-wine, Prohibition went into effect in the U.S., and the “wine” part had to be replaced by something a little less alcohol-y. (Of course, the cocaine could stay. That was totally cool with everyone.) So syrup was added in place of wine, people drank and still got merry, and all of this eventually lead to a product that you might just recognize.

And in case you were suddenly wary of that bottle or can in your hand, yes, they did eventually stop putting cocaine in it. But the “coca” part remains as a reminder of its sordid past. 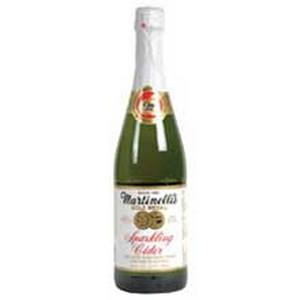 From that very first taste of fermented fruit, people started taking fruit and fruit juices and purposefully letting them sit around until they went bad. Sometimes, these concoctions went bad disastrously, and it is quite possible that some early experimenters died in the process. But sometimes the concoctions turned into sweet, sweet alcoholic bliss.

The most famous of these fruit-based fermentations is wine, but you can ferment just about any fruit (or even vegetables, such as potatoes). Apples are popular; leaving some pressed apple cider lying around easily leads to fermented apple cider; or, if you’re unlucky, apple cider vinegar. Believe us on this one; we’ve tried it.

Of course, people couldn’t leave well enough alone. Companies such as Martinelli’s learned how to produce apple cider that was still bubbly despite the fact it contained no alcohol, just in time to coincide with Prohibition (surprise, surprise) and make a killing off of it.

Sparkling cider is still consumed to this day by people too cheap to buy champagne and kids trying to act like they’re cool – I mean, by people with exquisite taste. We do admit that the beverage is quite delicious.

Non-Alcoholic Beer, a.k.a. “Near Beer” or “Low Alcohol Beer” 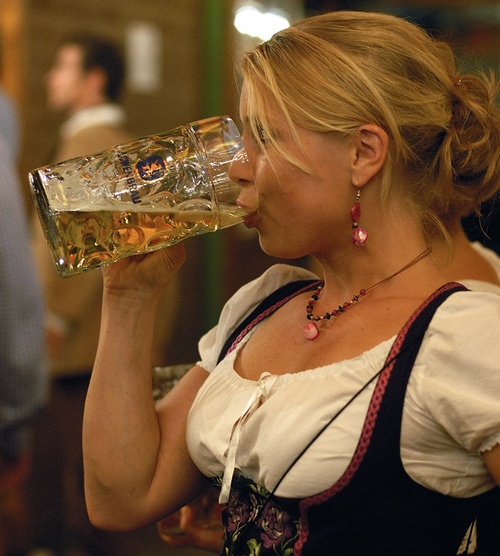 Now you can do this, and still go jogging the next morning at 5 AM!

Ah, beer. Beer, beer, beer, beer, beer. Just the sound of the word rolls off your tongue. Beer was a true product of the agricultural revolution, just like culture and cities and pretty much everything that we take for granted as defining us as human nowadays.

Although beer might have been prepared before people really started settling down into societies and putting up with tons of neighbors and donkey traffic and stuff, its glory days were caused by the rise in production of grain crops such as wheat and barley. Beer, along with the closely related and much more pirate-friendly beverage “ale”, wasn’t just a means of getting people to make merry: it was a method of survival. Fermented grains tended to stay good longer than unfermented grains (such as were baked into breads), and the alcohol in beer and ale tended to prevent the water used in the brewing process from going bad. All of this was very important when people squashed themselves together before basic sanitation was invented, and raw sewage often literally swamped the streets.

Alas, the good times weren’t to last. The Prohibition (again!?!) forced American breweries to reduce the alcohol content of their beers to below 0.5%. (If you paid attention to the title, and didn’t just stare at the girl’s boobs, you’d have noticed that non-alcoholic beers are not necessarily completely free of alcohol. Only, you’d need about 10 times as much to get drunk.) They did this by heating up the beer to remove the ethanol, which pretty much made the beer suck, but people still drank it because they were desperate. Which pretty much explains why people still drink it today. 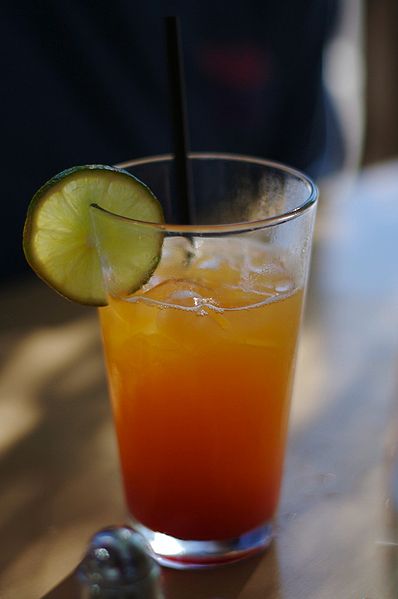 A non-alcoholic cocktail is like that girl who pretended to flirt with you just to get with your hot friend. Who then never called her back.

Wikipedia has an entire list of “non-alcoholic beverages” or “mock-tails” that are various combinations of juice, coffee, seltzer, soda, and just about every other liquid known to man, as long as it does not contain anything alcoholic or fermented.

Many of these drinks originated during Prohibition, when people weren’t quite ready to switch over to “I’ll just have an orange juice, thanks,” and still wanted to imbibe beverages that had cool-sounding names like “Jim Howard” or a “Virgin Mary.” Interestingly enough, many of these drinks were just like their alcoholic counterparts… just without the buzz.

When Prohibition ended, most people went back to getting happily soused on their beverage of choice. However, whenever there is work, children, recovering alcoholics, or Mormons involved, you’re still likely to find people drinking things that are suspiciously similar to alcohol, but not so much so that you can get arrested. Now adays we see the words “barely legal” in a completely different light…