Home Home The Four Most Frightening Roads You Can Travel

Despite the nearly universal allure of the open road, with its symbolic connections to freedom, hope, and the journey of life, there has always been an undeniable dark side to its urban mythology. In the dead of night, when fellow travelers are few and far between, a seemingly ordinary highway can be transformed into a world all its own, removed from the safety and comfort of everyday reality. Although, for the most part, our fears and suspicions about such places are nothing more than the side effects of overactive imaginations, there are roads around the world whose sinister reputations are so pervasive that one has to wonder if there might be an element of truth to the stories told about them. These are the roads you consciously avoid, all the while reassuring yourself that you don’t believe in any of that nonsense.

Annan Road, the name often applied to a particular fifteen-mile long stretch of Scotland’s A75, has been regarded for decades as one of the most haunted roads in the world. Since the 1950s, the site has been home to strange apparitions which frighten motorists. Among the most disturbing accounts is that of two brothers whose late night trip became nothing short of a nightmare. 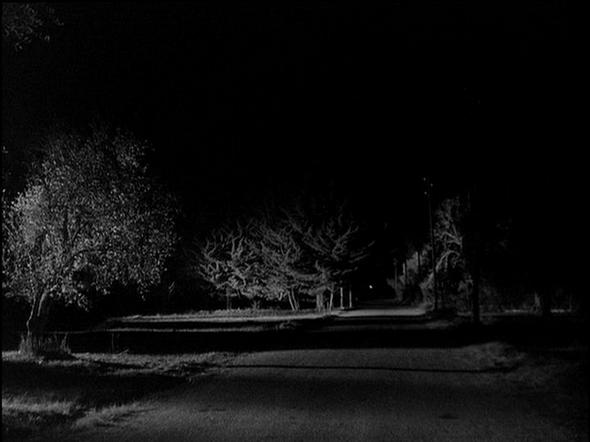 Traveling home together after a vacation, Derek and Norman Ferguson, aged 22 and 14, respectively, expected a fairly peaceful ride. It was around midnight, and their car was the only vehicle on the road. The horror began when, without a warning, a large white bird flew directly towards the windshield. Derek attempted to maneuver around it, but it seemed as if there was no time to swerve around, and the animal was going to hit them. Strangely, though, it seemed to disappear just as it was about to collide with the vehicle. The bird was followed quickly by the appearance of a hysterical old woman who rushed towards the car, a similarly maniacal old man, and an assortment of animals. Although, like the bird, all seemed as though they were going to be run over by the car, Derek never struck any of them; indeed, aside from the shared visions of the two brothers, no evidence whatsoever existed to suggest that any of these beings were real.

To add to the terror of the experience, both young men suddenly began to feel the temperature within the car drop to extremely low levels. The sounds of laughing and mocking voices were heard, and Derek began to feel as though he was no longer in control of the car, which had begun to shake violently. When he stopped the car and got out, the phenomena ceased, only to begin again once he resumed driving. The ordeal lasted until the brothers finally reached the town of Annan.

Since the events of that evening, there have been numerous reports of similar experiences, although none have matched the intensity of what the Ferguson brothers went through. Motorists have reported seeing strange old men or women standing in front of their cars and disappearing just as they are about to be run over. Many local residents maintain that there is something very bizarre about the road, and all travelers should beware when they venture down it.

Surrounded by acres of thick, unwelcoming woods, without a single living human soul in sight, New Jersey’s Clinton Road is a lonely, ten-mile stretch of pavement that has been associated with a tremendous amount of urban legends, indicating that there may be something truly bizarre at work. 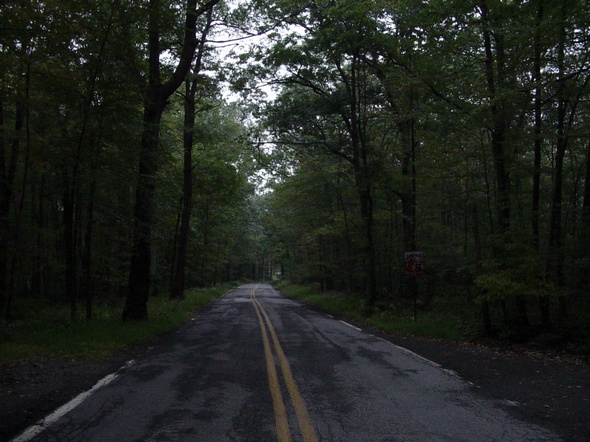 A popular spot for local teenagers looking for some late night thrills, Clinton Road has plenty to offer for anyone who needs a good scare. Stories abound of KKK meetings and Satanic rituals being performed in the woods; some tales even suggest that cults will trap people with makeshift road blocks and proceed to murder anyone foolish enough to travel down the road late at night. The spirit of a young boy is said to haunt a small bridge near an especially dangerous curve. Since the 1970’s, mysterious black pickups trucks have been known to chase drivers off the road at breakneck speeds while flashing their high beams threateningly. Drivers have reported encountering bizarre dogs with glowing eyes that will pursue any vehicles they see. Additionally, individuals have heard strange, faint voices in the woods and seen unexplained lights hovering over the nearby reservoir.

Of course, if all of that alleged paranormal phenomena wasn’t enough to convince drivers that this is not the kind of road that one wants to be on, consider the fact that notorious mafia hitman Richard “The Iceman” Kuklinski used Clinton Road to dump the bodies of his recent victims, due to the fact that the road is not only deeply isolated, but also rests right on the New York/New Jersey state line. 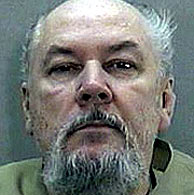