27 Club – it’s a club that the famous are dying to get into, but unlike the nightspots and dives in Hollywood or New York, there’s no bouncer. Anyone can get in, and there is no cover charge.

As early as the 60’s fans began to notice their favorite rock stars were literally short lived. In an industry noted for drug and alcohol induced lyrics it’s almost a surprise when a musical artist actually manages to outlive their career. The strange part is in the number who died at the age of 27 years. Most were at the peak or just on the downside of their fame when fate made sure their fans would never see them grow old.

Brian Jones of the Rolling Stones was born Lewis Brian Hopkin Jones on February 28th 1942. When eclectic clothing came in style during the 1960’s Brain was known for wearing the strangest outfits he could find, but he was also known for being an outstanding musician proficient in more than one instrument. Of course, he was also known for his non-stop recreational drug use. Jones is the one credited with come up with the name Rolling Stones and really being the moving force in getting the band started. In the early days, the original band mates Keith Richards, Mick Jagger and Jones practical lived in each other’s pocket sleeping on the low-rent side of London. As their fame and pocketbooks grew so did their egos and the arguments started. Jones was troubled with legal issues from his drug use, and mood swings. The Rolling Stones had toured the U.S. success early in the decade and by 1969, they wanted to tour again. But not with Brian Jones as by that time their former friend was not only hard to live with his arrest from drug charges left him with a record which could bar them from traveling. His health was deteriorating as well and when the band tried to record this was aptly demonstrated when his mouth started to bleed after a session of playing the harmonica. The band forced him out, but allowed him to make the announcement he was leaving to save face.

Jones had taken on a bloated appearance by that time, but according to friends he was in a positive state of mind. He was talking to other artists about getting another band together and contacted Ian Stewart and Jimmy Miller among others. It was not to be. Sometime around midnight on July 2nd Jones was found by his girlfriend Anna Wohlin and other friends where he was lying motionless at the bottom of his pool. Anna insisted that when he was pulled out, he still had a pulse, but by the time doctors arrived Brian Jones was declared dead. The ruling despite his drug damaged liver and heart was death by misadventure. Jones was 27 years and 125 days old. 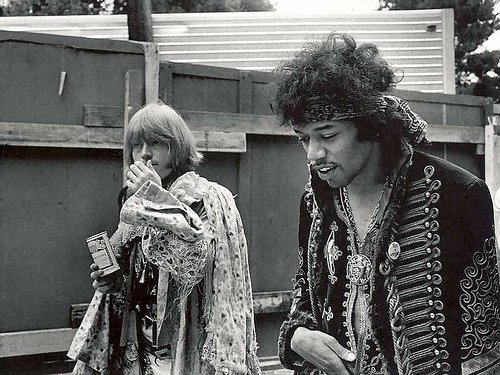 James Marshall ‘Jimi” Hendrix was born November 27th 1942 and by the mid-1960’s, he was considered one of the greatest electric guitarists in rock music history. He toured Europe and the United States. Following his 1967 performance at the Monterey Pop Festival everyone knew Hendrix. The band that backed him The Hendrix Experience short circuited in the glare of Hendrix’s popularity and Hendrix wound up performing at Woodstock with a new group he’d hired. Nothing seemed to dim his fame. On September 18th 1970 Jimi Hendrix died in London in what was at first reported as a suicide. To this day stories keep changing as to how he died. Foul play, suicide or overdose Hendrix was dead at 27 years and 295 days. 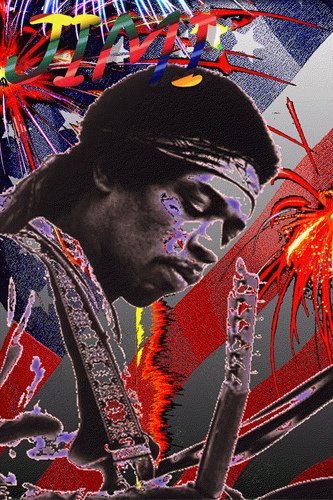 3. Come on, Break our Heart

Janis Joplin was born on January 19, 1943 in the tiny town of Port Arthur Texas, but her need for attention and her amazing talent took her far, far away from small town life. As she moved up the ladder of success, she also discovered the effects of drugs. Overweight as a teen she found drugs like amphetamine lost her the weight and gave her the energy to perform for long hours. She rose to fame, but she didn’t get to ride it long. Her last recordings were made in October of 1970. She was found dead in the Landmark Motor Hotel the change from her last fix still in the hand. She was 27 years and 258 days old. 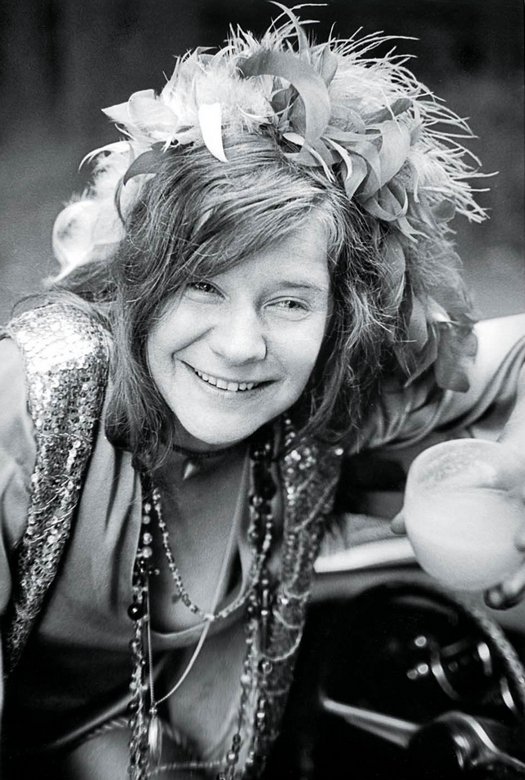 4. Rider at the Door

James Douglas Jim Morrison was born on December 8, 1943. Destined to be the lead singer for the Doors his behavior had always seemed erratic, but fame gave him an even more bizarre edge. Morrison seemed to enjoy exploiting his own alleged emotional pangs while giving little thought to anyone else. His rise to fame followed the predictable path and ended much the same. After a drunken recording session, he was found dead in the bathtub of his Paris apartment by his girlfriend DEHE. As there was no evidence of foul play no autopsy was done leading to speculation that continues to this day about what might have happened to the singer. He was 27 years and 207 days old. 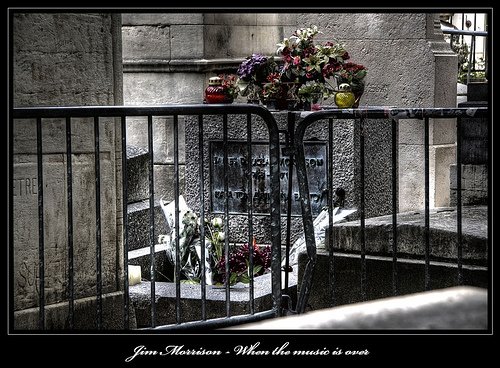 Kurt Cobain was born on February 20, 1967 and he became the voice of Generation X. He started out small in the Seattle grunge music scene which gained wider and wider recognition propelling Cobain’s group Nirvana to fame. By all accounts, this wasn’t what Cobain had expected, and he wasn’t comfortable with the attention. The shy singer complained of lifelong troubles with his stomach, battled addiction and by all accounts was often in a state of combat with his wife the controversial musician Courtney Love as well. Cobain was found dead a shotgun nearby. His death was legally ruled a suicide, but many of his fans believe otherwise. There’s been much speculation regarding the contentious relationship with Love. He was 27 years 44 days. 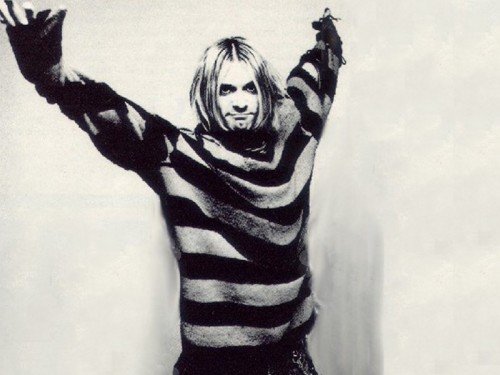 Of course these are just the headliners. The over the top famous, there are many others before and since. Is this the first?

Louis Chauvin was a well known ragtime musician who was born March 13, 1881 and died of neurosyphilitic sclerosis at age 27.

Robert Johnson famous bluesman whose 29 songs influenced generations of musicians who followed him and the artist was so good with the guitar, he inspired a legend. According to the story Johnson, a young black man living in rural Mississippi desperately wanted success. He was instructed to take his guitar to the crossroads near Dockery Plantation at midnight. There he was met by large man allegedly the Devil himself who tuned Johnson’s guitar. The Devil then played some songs on the instrument before giving it back to Johnson. This gave Johnson his unique abilities with the guitar at least according to the rumors the musician probably started himself.

In regard to the 27 Club some dismiss the earliest death that of Chauvin as being part of the genuine group and credit this Deal with the Devil as being the reason for the ‘curse’. Johnson at the height of his fame had a few enemies. He was often in the company of women who were married, and his fame made others jealous enough of his good fortune to kill him. In late 1938 it was not a surprise to friends when Johnson’s body was found an apparent victim of strychnine poisoning. He was as the legend points out just 27 years old.

Fact: Did you know he sold his soul to devil? – Read story… 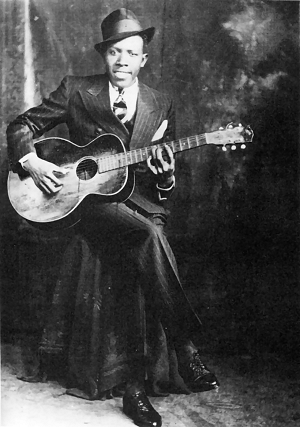 Nat Jaffe was a blues musician who had just become well known. He died 1948 from high blood pressure at the age of 27.

Malcolm Hale was just getting some singing gigs after being a member of Spanky and Our Gang when he was younger. He died when a space heater went out in the room where Malcolm was sleeping filling his closed off sleeping area with carbon monoxide. He was 27 years old.

Ron McKernan also known as Pigpen was the founding member and keyboard artist for the Grateful Dead. He died at age 27 from a hemorrhage probably caused by alcoholism. 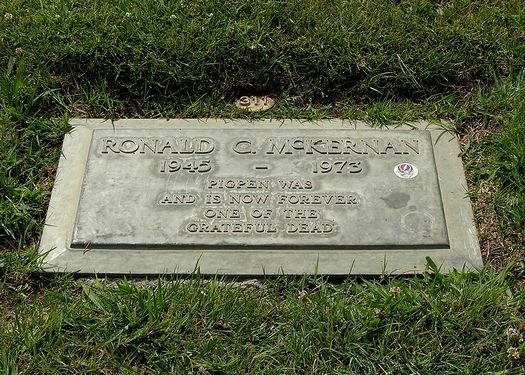 Fame is fleeting it is said, but for these artists it seems so unfair their time was cut so short. What other music could Cobain, Joplin and Hendrix created if they’d been given only a few more years. Would the music world be any different if the 27 Club had a few less members?

There are many more that have strangely died at the age of 27 and some die hard fans have a very difficult time accepting these tragedies as a complete coincidence. Some find it especially strange how many of these cases are still unresolved in the public’s mind. It can leave a person wondering—will there be more to join the club, and perhaps more importantly when?