Superheroes have been with us since the 1930s. With their simple morality, bright costumes, and science-mangling powers, we’ve had literally thousands of superheroes created. And sometimes they get recreated, usually proving that as goofy as the original might have been, it can get a whole hell of a lot goofier. Doctor Fate was one of the superheroes from the 1930s that DC is never quite sure what to do with. And, admittedly, he’s about as weird as superheroes get: he runs around in a big bronze helmet and a blue leotard fighting crime with mystical powers. Also, the original Fate, Kent Nelson, lives in an invisible tower in Salem, Massachusetts. So he’s not only funny looking, he’s got some weird choices in real estate. We mean, come on. Salem?

Doc Fate’s been the victim of a lot of reboots over the years. Some very special reboots, and we do mean that in the “watercolor paints for Christmas” sense of the word. First there was Eric and Linda Strauss. See, the helmet found Eric when he was just a kid, aged him to be an adult, merged him with his stepmother when he turned into Doctor Fate, and reanimated a corpse to be an adviser. So for those of you counting: that’s pedophilia, gender-bending AND necrophilia, all in one go.

Even that’s not as weird as their attempt to make Doctor Fate edgy and modern, back in 1994. Get this: the guy’s a mercenary who melts down the helmet to make a knife and some darts, has an ankh tattoo over his eye, and… a mullet. Somehow, this comic lasted two years before DC cancelled it out of shame. 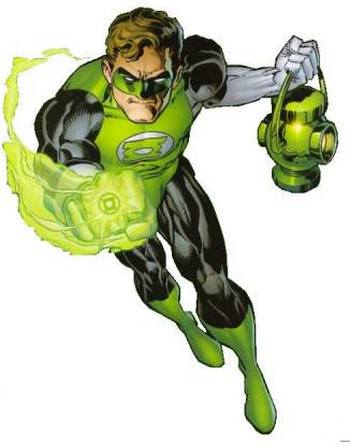 Green Lantern is one of DC’s most beloved heroes that only comic nerds have heard of. But the most beloved incarnation is actually a reboot.

The first Green Lantern was pretty stupid: a dude stumbles over a magic green railroad lantern and a ring that let him project anything he can imagine, and its big weakness? Wood. Yes, wood. It was a simpler time, the 1930s.

So in the 1950s, they brought Green Lantern back, but this time, made him fighter pilot jock Hal Jordan, made the ring turn out to be alien technology, and gave it the weakness of… yellow. Which the writers actually had a lot of fun with, since you could paralyze the mightiest hero in the world with mustard and legal pads.

Over time, the Green Lantern universe became kind of awkward and unwieldy, since there was actually a Green Lantern Corps that included everybody from a giant chipmunk to an entire living planet. This is probably why DC decided “nuts to this, let’s kill ’em all”. So, via a deus ex machina, they decided to make Hal Jordan insane, kill the entire Green Lantern Corps, and give the last ring to a young, hip New Yorker named Kyle Rayner.

The problem with middle-aged comic writers creating young, hip characters is they usually turn out to be ineffectual tools that no one likes, and Kyle, a Greenwich Village artist who just could not stop whining, was a profound demonstration of that. 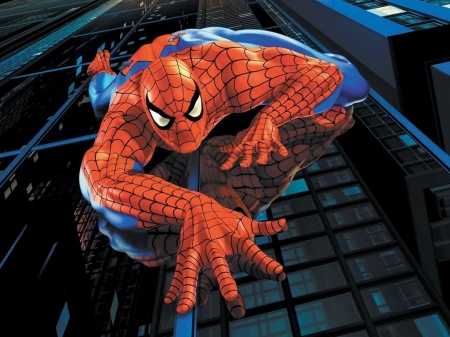 If you ever want to make a comics fan cry, we mean really cry, like complete snot-nosed bawling, just say two words to them: “Clone Saga”.

Way back in the ’70s, Peter Parker was cloned, along with his love Gwen Stacy, by a villain named The Jackal. So Spidey fights his clone, defeats him, tosses him into a furnace, everything’s cool, right?

Twenty years later (in the ’90s: noticing a theme, here?), they send in the clones. Lots and lots of clones. But the most important revelation is that, somehow, despite living in the same city and looking exactly like Peter Parker, some dude calling himself Ben Reilly was the real Spider-Man. Oh, and just so Peter could stay in the game and still be in his own book, they made him “The Scarlet Spider”. Or maybe that was Ben first; trust us, this thing gets confusing real quick and this was before the Internet was around to help us out. Think a red leotard with a ripped blue t-shirt over it, thus somehow managing to combine the worst of ’80s fashion with the worst of ’90s fashion.

After two years, Marvel realized what a terrible idea this all was, and reverted it to the status quo.