Video games have a long and complex history. The Atari crash. Nintendo saving the entire industry. The rise of Sony. And even today a game console designed for simple games that appeal to old people and children and makes them stand up and flail around like loons makes cash by the bucket while “hardcore” gamers scream bloody murder about it and the other two systems fight tooth and nail for second place.

But, although we only remember a few systems, the history of gaming is littered with many consoles. Some were ahead of their time. Some were way behind before they were even released. Others were bad ideas. And still others, five to be specific, deserved the heaping helping of miserable failure that was force-fed to them. Whether it was charging way too much, eating batteries like a fat kid eats cake, or simply not having a reason to exist, here are the five that deserved everything fate gave them and more. 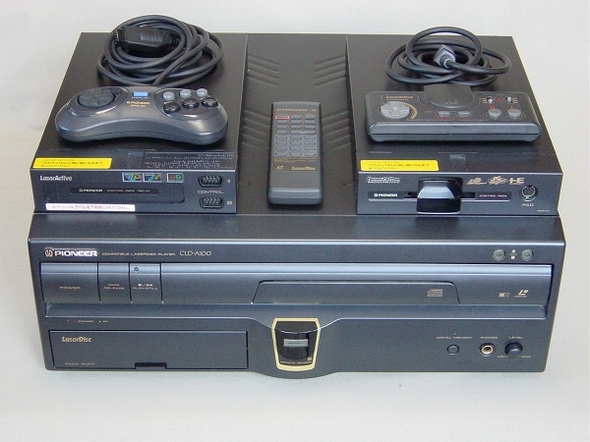 One thing most fans of one console or another have noted is that, oddly, each console seems to want to do a lot more than just play video games. It wants to stream your Netflix, play your movies, turn your TV into a web browser, and generally serve as your living room butler. What they may not know is that this dream was a lot older than they thought: Pioneer first tried it in 1993 with the LaserActive.

We’ll give the Pioneer LaserActive at least this much: by buying add-ons, you could play both TurboGrafx and Genesis games as add-on modules, in addition to the fancy new laserdisc games. It even had 3D goggles. For those of you born after 1990: LaserDiscs are to DVDs as records are to CDs. The problem was that the core system was $900 and the add-ons were $600 apiece, because that’s what people were apparently willing to pay for a Genesis bolted onto a laserdisc player.

And not only was it insanely expensive…there weren’t any games, and what games were available happened to be ports. So basically Pioneer wanted people to pay thousands to play games they could play more cheaply elsewhere. Yeah, that ended well. If there’s one thing old-school Sega fans like to talk about bitterly as they sit in bars, drinking cheap whiskey and reminiscing about the days when Sonic games didn’t make impaling yourself look like whimsical childhood fun, it’s the fact that Sega was perpetually ahead of its time. But no failure was so stupid or so egregious as the Nomad.

On paper, the Nomad was perfect. Back when portable gaming was basically the Game Boy’s monochrome screen and 8-bit technology, the Nomad was a portable 16-bit powerhouse, the perfect way for Sega to keep those Genesis games alive, leapfrog its competitors technologically, and stay relevant. After all, all that needed to happen was for people to keep making Genesis games.

Unfortunately, that didn’t happen because Sega forgot one minor detail: the Nomad was the size of a concrete block and ate double-A batteries like some ravening, acid-guzzling, electricity beast. In other words, Sega made a portable that was barely portable. So instead of beating Nintendo at their own game with a handheld that had a huge library of games and a proven development technology, Sega crashed and burned.

On the bright side, at least it prepared Sega die-hards for the Dreamcast’s failure. 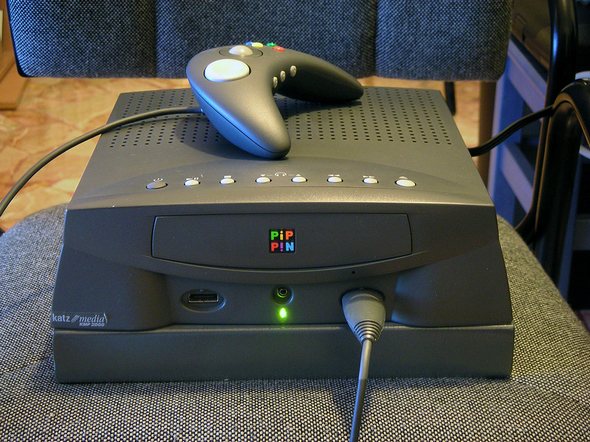 There are many things that define the embarrassment that was the Internet in the early ’90s, but nothing quite sums it up as well as the “TV PC”. For some reason, everybody thought that computers that connected to TVs were going to be the wave of the future, because that’s what we think of when we think of computers: low resolution screens that don’t refresh that quickly. And nobody redefined “embarrassing” in the early ’90s quite like the flailing Apple. The center of this Venn diagram is a device so terrible Apple won’t even speak of it. That’s how much the Pippin sucked.

Yep, before Steve Jobs came back and turned Apple into the well-designed supervillain-y empire it was always fated to be, there was the early ’90s, when Apple just kept inflicting terrible ideas on the world. The Pippin was intended to be a low-cost computer, but, this being Apple in the early ’90s, it wound up being a ridiculously expensive game console. How expensive? Try $600 on for size.

To be fair, it was supposed to be a platform Apple would license, not something Apple produced, but it wound up being their baby. Their thalidomide baby, really. And considered what a steaming pile of crap the Newton was, that’s saying something.