If you work in the media, you want everything you touch to be a hit. You want people to enjoy your work and support you financially (and did we mention our charming and talented advertisers with their delightful banners? You should click on them! Repeatedly!) But some things you just are not expecting to be a hit. Maybe it’s a bit too niche for your audience. Maybe it’s just a goofy experiment. But somehow, against all odds, you touch a nerve and it becomes a huge success. And it turns into a cultural institution, no less. We thought we’d scale up from TV and video games right up to some pretty surprising cultural institutions you didn’t know were replacements, experiments, or even throwaways.

The Wide World of Sports 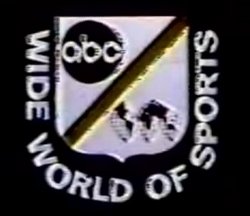 Introducing us to a wide variety of sports and the dulcet tones of Jim McKay (and later the horribly grating tones of Howard Cosell), nobody expected “The Wide World of Sports” to be popular. ABC brought it in as filler, on a Saturday, in the summer, in 1961.

But, like a Sarah Jessica Parker’s face, it became a huge hit because it was featuring stuff you literally couldn’t see anywhere else at the time. Stuff we watch all the time now, like NASCAR and figure skating? Yeah, pretty much impossible to find on the airwaves back in the ’60s. And forget about the really weird stuff or the stuff that didn’t have much of an American audience, like fire-fighter competitions, badminton, curling, and, well, anything that doesn’t end in “ball”.

“Wide World of Sports” paved the way for Monday Night Football and arguably created ESPN, and it even has its own area in Disney World. We wonder if Mickey curls or if he’s more a jai-alai man. 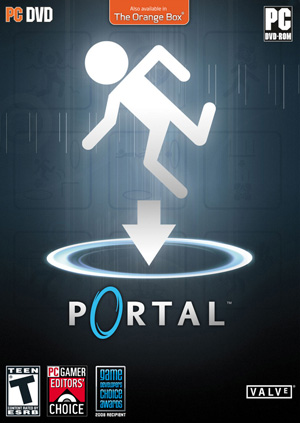 There’s one thing you can safely say about Valve: it’s got some of the most beloved franchises in the history of video gaming, like Half-Life, and they’re always willing to experiment with whatever comes their way. But Portal seemed like a risk even for them.

For those of you new to the Internet, Portal is a first-person puzzle video game where you can create portals and have lots of fun with a highly advanced physics engine, including throwing yourself hundreds of feet, dropping boxes onto annoying little passive-aggressive turrents, and, of course, eating the delicious, delicious cake, which is truth despite what you may have heard.

Here’s the thing: “Portal”‘s mechanic was completely new at the time. Although Valve’s team had polished it to a high sheen, they had no idea what was going to happen. That’s why, instead of being released as a standalone, it was packaged with sure-fire hits in the Orange Box.

Which everybody promptly ignored because “Portal” was just too much fun. Even game critics who hate every game in range (http://www.escapistmagazine.com/videos/view/zero-punctuation/10-The-Orange-Box) fell over themselves praising it, and Valve found themselves faced with a new franchise, which has a sequel coming, which will no doubt be superb but completely unfinished and we’ll have to wait for three extra episodes to finish up the game. 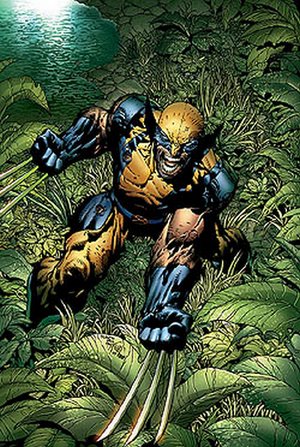 When you think of hit comic book characters, short hairy Canadians with rage issues aren’t exactly the first in line for their own series. In fact, short and hairy usually demotes you to sidekick automatically, because all superheroes are beautiful, hairless creatures, which is a bit disturbing, actually. Hold on, we’re totally looking up the number of superheroes who have realistic body hair, and it’s actually kind of a short list. At least Superman’s got an excuse, he’s an alien from a race of neat freaks, they probably removed the body hair gene generations ago.

Anyway, Wolverine was a minor character for years. In fact, Wolverine was originally created to get beaten up by the Hulk and that’s it, and was only brought into the reboot of the X-Men (themselves a surprise hit) because he was the only Canadian around and they wanted international appeal.

Yeah, twenty years later, who’s the guy with the stand-alone movie, more comic book appearances than he can count, and the subject of relentless jokes about his ubiquity? It ain’t Cyclops, bub.