Home Home The 9 Most Awesome Tombs

There really is nothing quite like a massive tomb to say “Look at me! I was really, really important!” Time is the great equalizer, forgetting most men and turning great men into trivia questions (just look at this list and tell us how many of these guys you’ve ever heard of), but if you’ve got the cash, the ego, and (usually) the slave labor to do it, you can leave behind some really kickin’ reminders of how awesome you used to be. Like, for example:

The Mausoleum of the First Emperor 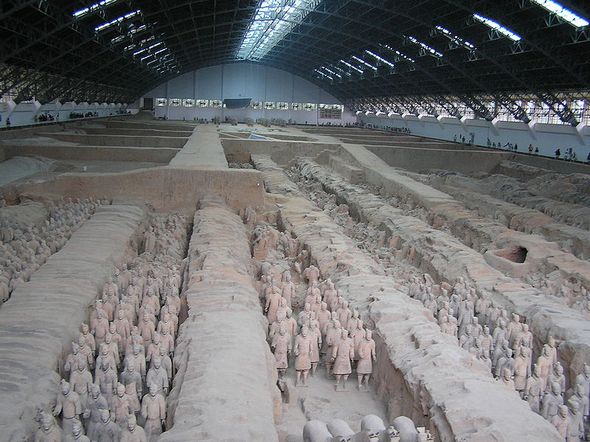 If you’re a Chinese emperor, you’re pretty much expected to go out in style, especially when you’d just managed to create said empire out of a collection of obnoxious warring states that had been trying to wipe each other out for a couple of centuries. The epitome of Chinese death fashion has got to be the tomb of the First Emperor. Sure, he has a bunch of terracotta warriors, but he also has crossbow deathtraps and a model river made out of mercury with little ships floating on it. Nothing says “I’m disgustingly rich and powerful” quite like a scale model of a major river made of a toxic liquid metal. And before you ask, no, Indiana Jones has not raided this temple. In fact, they’re still trying to dig it up, thanks to all that poisonous mercury, and those awesome crossbow traps. 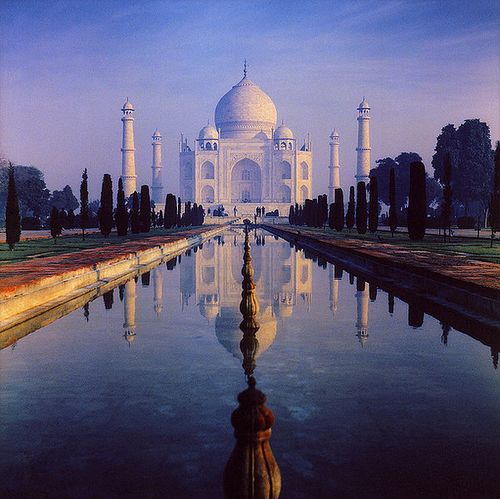 Back in 1631, the Shah Jahan’s third wife died in childbirth, and he was distraught. It wasn’t just going to be a tomb for his wife. It was going to be a tomb better than most places the royals were living in. It’s actually one of the most outstanding examples of Mughal architecture, and is so complex it has, we’re not kidding, its own waterworks. We’re not really sure what corpses need with all this fancy stuff, and it’s probably better not to ask.

It was essentially designed to be what the palace in Heaven looked like on Earth. Of course, like all things built out of grief and sincere devotion, it has become a tourist attraction. Yep, all of those pretty photos and postcards and things are basically taking photos of a cemetery. They’d better hope Shah Jahan never gets upset, or we’re going to have a lot of haunting on our hands. 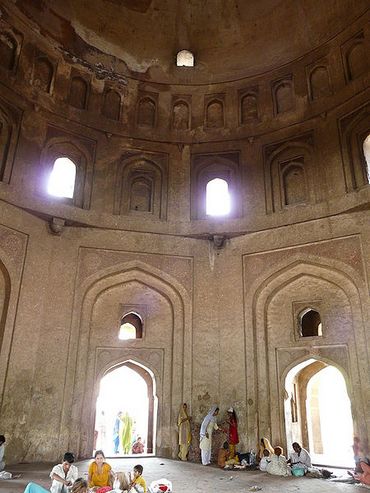 Adham Khan’s life story is pretty complex, so we’ll just boil it down to this: his tomb is unique in Mughal architecture, with its octagonal design, because he betrayed a major political figure and that guy was a bit upset. It’s thought the octagonal design designates Adham and his mother as traitors, clearly illustrating that some people just can’t let go of a grudge.

Still, it’s a pretty impressive place, with lots of halls and beautiful design that people get lost in, usually literally: its local nickname is “the Labyrinth”. And it’s so beautiful that the British, on discovering this and showing their usual respect for the local culture, turned it into some dude’s house. The graves were pulled out so he could have a dining room, though we’re kind of surprised they didn’t just use the sarcophagus as a table or something. And if that doesn’t seem disrespectful enough, the British agreed with you: they later turned it into a post office. And they wondered why the Indians rebelled so often. 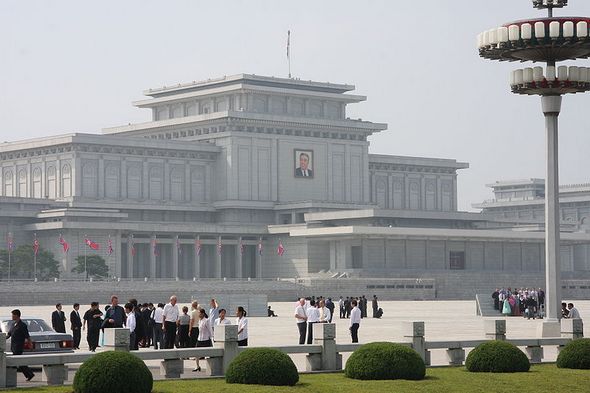 Say what you will about Kim Jong Il (we will: he’s crazy, he’s obnoxious, his pompadour is tacky as all get-out) but this guy does not do things half way, whether it’s his epic hair or burying his relatives. When his dad, Kim Il-Sung, bought the farm, instead of burying him, he literally turned his father’s office and place of residence into his tomb. He had the place fully renovated, his dad thoroughly embalmed like a knock-off Lenin, and now official state tours can come to visit and see just what he looks like. It has, apparently, never struck Kim Jong Il just how creepy this actually is. 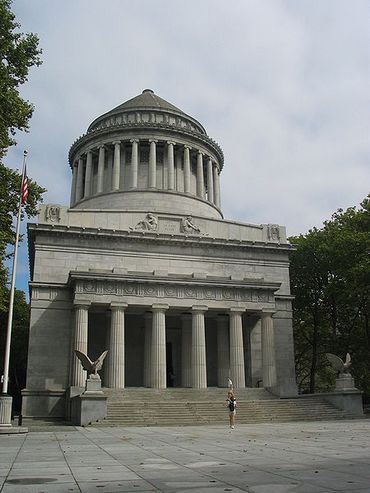 Ulysses S. Grant was, of course, one of the greatest generals ever seen by the North and helped save the Union from being run by ignorant rednecks… well, at least for a while, anyway. So when he passed on, giving him the grand send-off was a pretty big deal, and they buried the guy in a scale model of the Capitol building. We’re not kidding; it’s got a rotunda, murals that we’re sure Mr. Grant appreciates what with being dead and all, and everything. About the only thing it doesn’t have is a snack bar, and we’re sure that’ll be put in eventually: this is America, after all. Cinnabon is probably already hiring a contractor.