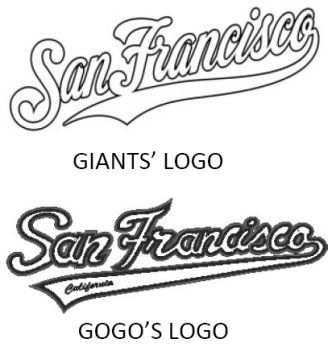 It has always been a mad, mad world out there for crazy lawsuits (see: the woman who sued McDonalds because her coffee was too hot), but the collection we’ve assembled for you below is slightly different from all of those stories. They talk about the crazy shenanigans companies will go to stop competitors, and indeed, anyone else, from using a certain word or phrase… that has nothing to do with them.

Two Different Companies Think They Own The Word “Monster.”

Monster Cable, or at least their legal team, is dead certain you’re so stupid you’ll think they’re part of a car transmission shop, or a used clothing store, or a bunch of minigolf courses. They even sued Pixar over “Monsters, Inc.”because the first thing you think of when you think of Pixar is overpriced cables that perform almost as well as coat hangers. But Monster Cable learned their lesson when they made the mistake of trying another kind of lawsuit against Blue Jeans Cable for patent infringement, only to discover that the guy who runs the place is a former patent lawyer who kicked them in the nuts so hard they seem to have lost their erection for lawsuits, at least for a while.

But just when Monster Cable seemed to have figured it out, Hansen Beverage got some new lawyers and suddenly got all sue-happy. They first tried to force a Vermont brewer to stop using the crappy pun “Vermonster” because they were thinking of getting into the beer market, only to learn the hard way the Internet exists. Of course, that didn’t stop them from telling a guy to take down a photo of him in monster makeup, holding a can of Monster Energy, from his own website because they were worried that people would think there was some sort of a brand association…which was actually the idea, since the photo was taken while the guy was negotiating with Monster to be in some ads for them.

Just like your girlfriend clings to a pop song as “our” song, T-Mobile has invested a lot in magenta as “their” color. So much so they sent gadget blog Engadget a cease-and-desist letter over their logo because it had a couple of magenta words in it. T-Mobile was concerned that people would see magenta and, because of T-Mobile’s brilliant marketing, mindlessly associate Engadget with T-Mobile.

T-Mobile is so convinced that everybody thinks of them when they think of magenta instead of printers or just thinking of it as pink, that they actually went after my-favorite-book.com, a vanity printing press, because they had an ad in magenta. Although they could just have been concerned about their brand being associated with experimental master’s thesis poetry, part of what destroyed the once-mighty General Motors.

KFC Thinks They Own the Words “Family Feast”

KFC, fine provider of artery clogging crap flavored with a mix of spices that’s a big secret for no explicable reason.

Somewhere in some shire or glen or some other hobbit habitat, is the Tan Hill Pub. It is, apparently, the highest pub in England, although sadly this doesn’t mean it’s a hash bar, just located on what passes for a high place in England, like a small hill. On Christmas Day they offer something called the Family Feast, presumably (this being rural England) because you eat an entire family.

Somehow, KFC got wind of this and, terrified that a couple of English hicks would tear their fast-food empire apart brick by brick, sued the hell out of the Tan Hill Pub because they and only they owned the words “Family Feast”.

Fortunately, somebody in KFC sobered up just long enough to realize this made the fast food chain look A) like a bully and B) really fucking stupid, so they called off the lawsuit. And then did a few more of those awesome rubbing alcohol shots and invented both Kentucky Grilled Chicken and the Double Down in fairly quick succession. No word on whether the inventor of blackjack filed a lawsuit for their gratuitous use of his trademark.

Jones Day are a bunch of www.assholes.com

Jones Day, some law firm that is apparently big and famous if you care about law firms.

We could explain, but it’s better to explain with an example. Let’s say we want to imply that Jones Day are a bunch of jerkasses. Jones Day sued over that last part. Not the “jerkasses”, the fact that “jerkasses” was a link.

We know you don’t believe us, but here’s the article about Jones Day being a bunch of jerkasses in their preferred format. Jones Day said that because BlockShopper linked directly to the bios of a couple of their attorneys, instead of spelling out the web address, it was implying that there was a connection between Jones Day and BlockShopper.com.

Hey, major game developer! Nice game you have there. What’s that, you want Edge in the title? For any reason? Oh, too bad! Tim Langdell copyrighted every conceiveable use of the word “edge” in video games!

This is the world Langdell lives in. If you use “Edge” in your title, whether it’s “Edge of Twilight“, an indie game, or major titles like “Soul Edge” and “Mirror’s Edge”, you are violating Tim Langdell’s trademark, and he will sue you valiantly to defend it until you settle out of court and then he goes away.

Langdell has pissed off so many people that Electronic Arts is suing to overturn Langdell’s trademark because he’s being a troll. To which Langdell responded, and we swear, this is a legitimate quote: “This petition by EA is clearly a desperate attempt by EA to see if they can win the right to use Mirror’s Edge by forcibly removing Edge’s legitimate rights to ‘Edge’,” Dude, you’re getting sued by EA. EA. The Avatar of corporate evil in video games.

That’s like Satan stopping you at the gates of hell and telling you this is an exclusive club and he doesn’t let scum like you in.

FirePitArt Sues Artist For the Right To Steal His Art.

FirePitArt, which sells “decorative fire bowls”. Sadly, these are not chili containers.

FirePitArt is founded on a brilliant, daring, principle: if an artist is successful, you can totally steal his shit and sell it without paying him for it. John T. Unger, the artist in question, was very unhappy about being stolen from and asked the owner, Rick Wittrig, to stop. Wittrig’s perfectly reasonable and mature response was…to sue Unger to overturn his copyrights.

Let’s just repeat that. Wittrig is suing Unger, because he stole Unger’s work, for the right to continue stealing Unger’s work.

So far Unger has spent about $50,000 trying to dig himself out of this Kafkaesque lawsuit hole. Meanwhile, we’re wondering how this lawsuit even got started. Was it somehow opposite day in the court?

John Cage’s Publisher Has a Copyright to Nothing

Mike Batt was making a classical album, but he had a problem: one set of tracks was utterly different from the other set. So, he put in a track of silence called “One Minute Silence (After Cage)”, and credited it to Batt/Cage.

If you’re not a classical nerd, let us explain: Nicolas, er, John Cage released a classical piece in 1952 called “4’ 33””. The instruments tune up, everything gets set, and then we’re treated to four minutes and thirty three seconds of…complete fucking silence. This is what passes for brilliance in modern classical.

So, essentially Batt was being all witty and clever as only obscure classical musicians can be. But Peters Edition sued the shit out of him and won a six figure sum proving they had the copyright to nothing. Boy, amazing the royalties they could collect if they just would pursue this. Awkward silences alone would make them billions!

Diamond Dallas Page has a very distinctive hand sign he calls “The Diamond Cutter” and we call “the international symbol of the cooter”. Regardless of whether it looked like a hand-vagina, Page was making this gesture for years, and nobody imitated him either because they were scared of Page… or just didn’t want to make a hand vagina.

Leave it to Jay-Z to express his individuality by doing a hand symbol anybody can do, and leave it to Page to sue Jay-Z because he thinks the hip-hop and wrestling crowds somehow intersect and that it is remotely possible Jay-Z and Diamond Dallas Page would ever be confused. We’re not sure who to support in this clash of titans. On the one hand, Jay-Z is a brilliant artist who has a right to express himself. On the other hand, we’re not sure being denied our right to make a hand-cooter is necessarily a bad thing.