Finding a fun place to take the kids when they’re out of school is a hard job. We’ve made it slightly easy for you now: don’t visit any of these places. Places like…

Whenever you think of ‘wholesome family fun’, what sorts of things come to mind? Disneyland? A nice meal out? A day in the park? Well, those are all good suggestions, but did we just hear someone suggest ‘the decrepit streets of Victorian London?’ No, we didn’t hear that. Because no one would ever, ever suggest that. Well, apart from those crazies who authorised the building of Dickens World in the UK, the world’s first theme park dedicated to live action re-enactments of Charles Dickens novels. 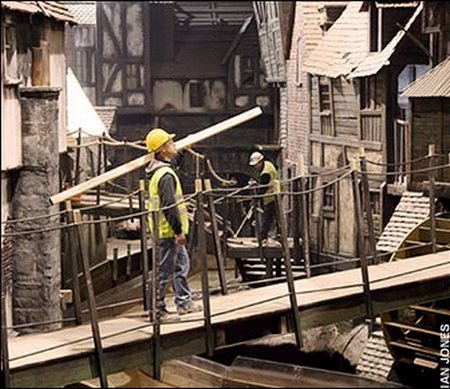 Still not interested? Well, firstly they’ve got life-sized replicas of the streets where Oliver Twist and Company picked pockets, so if nothing else you could probably earn back the price of admittance from the other guests. If you haven’t had your wallet stolen yourself, mind. Oh, and there’s always the poorhouses where, erm, you get put into prison for not having much money, a system we’re pretty sure is what failed to get Mitt Romney elected. And then there’s the ghost chamber where you get haunted by the ghosts of the Marley Brothers from the classic A Christmas Carol. Street crime, poverty, and the undead? Sounds like a good day for you, crazy person!

If you plotted an Venn Diagram with ‘theme parks’ in one bubble and ‘brutal genocides’ in one bubble, that small area where they intersect is the intended audience for Stalin World, based in Lithuania. Luckily for visitors, the fun starts as soon as you buy your ticket, when you get taken to the park inside an actual prison truck used during the Great Purges when over one million people were killed! Weeee! Personally, we think a monorail wouldn’t have gone amiss here, but we’re not the intended target market for such a park, so we’ll just shut the fuck up. 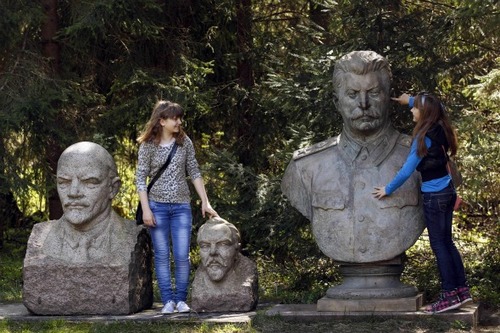 However, there’s a good chance you won’t find a couple of the attractions you thought you might. Firstly, there’s no target shooting stall set inside a gulag, which really takes away from the experience. Secondly, there’s no ‘test your strength’ game with a pickaxe instead of a hammer and a model of Trotsky’s head instead of a button. However, there is the Breadline, an action-packed ride where you just stand in line for a day, which we guess is kinda like being at Disneyland.

Jesus, what is it with the UK and strange crazy-ass theme parks? Are they that starved for fun that they just build any old crap and call it a theme park? We’re still expecting to see something in the vein of Stalin Land, but only dedicated to that economic powerhouse that was Margaret Thatcher. We blame the pomp and circumstance personally, and all that reputation for being repressed maniacs. Well, none the less, this theme park goes some way to proving that right: behold… Digger Land! 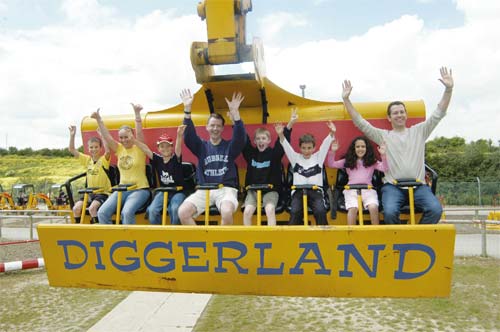 However, we’ll give you a spoiler alert: it’s not really a theme park per se, more like a race track where all you do all day is race “diggers”. And drive “diggers”. And demolish the fuck out of stuff. Actually, this place sounds pretty cool so maybe we’ll start laying off now. Although there is the attraction (pictured above) where you get strapped into the scoop of a digger and get thrown about, and we can see that might be regarded as being a bit fucking insane. But, then again, you have to remember that you were the guy who bought a ticket to Digger Land, so if your death just happens to involve a digger in some way, you only have yourself to blame.

We’re just going to be honest with you right off the bat here: it’s a theme park for Buddhists. So, as you can probably guess, there’s not really that much in the way of gaudy flashing signs and vomit-inducing rides. But, that’s not to say that these guys don’t know how to have fun: there’s a secret area in the park called “Heaven’s Palace”, which probably brings to mind ideas of being a brothel or something like that. Sadly, no. It’s apparently a place where the dead end up if they manage to escape from hell. Yes, escaping the devil gets you trapped inside a theme park. We’d prefer the devil to be honest. 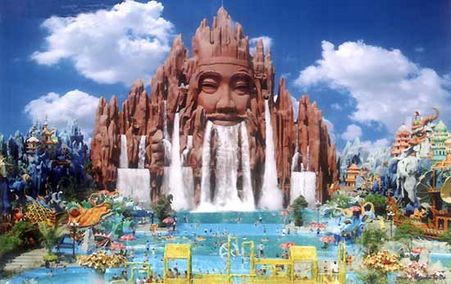 But, in order to drum up business for Heaven’s Palace, the park does have one ride. A nice air bike ride… through a miniature lake full of ravenous killer crocodiles. Yeah, we don’t get it either. It turns out that if you imagine that Vietnam just hates fucking everything ever created, and only likes crocodiles, it makes it a tiny bit easier to understand. We might not be expert is US history or even military tactics here, but you have to admit: based upon this kind of shenanigans, there was never a chance in hell of us beating this type of crazy in guerrilla warfare was there?

No, this is not a theme park like Suoi Tien, but for Christians. There are no areas where the souls of the dead are kept, or any arenas where young Christians are forced to participate in bare-knuckle boxing matches against lions. No, instead this a theme park built in China that’s modelled after everyone’s favourite piece of nerdbait…World of Warcraft. 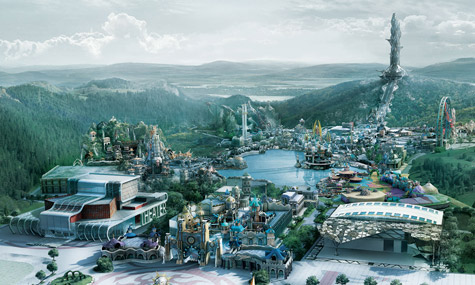 Although there are a couple of things we feel that we should point out that the park designers evidently missed when they were planning such an endeavour. Firstly, they scored a major blow by building outside, in the open air. If this was really to do with World of Warcraft, they would have built the park and then built a massive room around it, with all possible light sources blocked by blackout blinds. Secondly, if we find out that the atmosphere of that park is blowing out Cheetos dust all day, we will not be goddamn happy. Thirdly, any guest wearing deodorant will be immediately ejected from the premises; we don’t need your clean kind here. This is not that type of establishment; this is a World of Warcraft theme park dammit.

You might know the Bon-Bon brand name from the inventive selection of chocolate they release every Christmas time. Wait, did we say inventive? No, that’s the word… Ah yes, ‘awful’. That’s the one. Pretty much the entire range they put is organised along the lines of a ‘things taking a poop’ angle. We’re not knocking it, it works well for comedy sites (ahem) but not really for chocolate manufacturers. Oh, and now, especially not for theme parks. 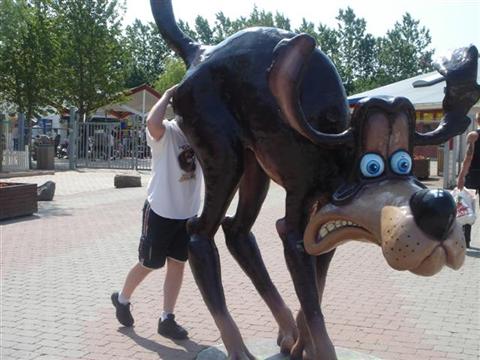 So basically, the entire scope of the attractions boils down to various animals dropping steamers whilst making funny faces. And what more could we possibly say about this? If they’ve got a good idea, then they should roll with it. So that’s why we’re proud to announce our plans for a brand new theme park in our image. The lines will be long, we’ll throw pieces of paper with facts and captions at your face every five minutes with high-powered cannons, and all you’ll be able to do is turn to your respective partner and say “Well, at least this is better than the crocodile place”.