While you might be wondering what exactly a cryptid is, it’s likely that you have heard of a Cryptid before: Bigfoot, the Loch Ness monster, Crab People and so forth. Cryptids are any sort of animal or creature that has not been proven to be real. Some have been seemingly found in the wild, while others are nothing more than myths. We have all heard of the great Yeti and various others, but there are plenty of far weirder and stranger legends out there. 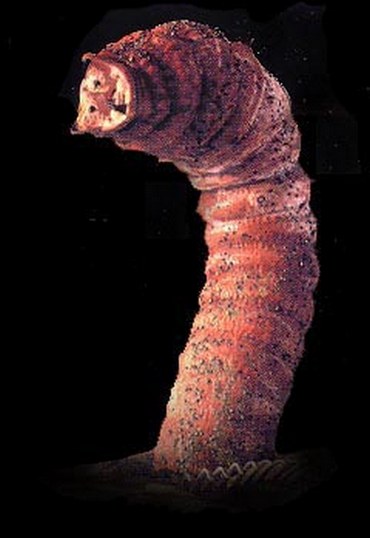 According to the locals, the Mongolian Death Worm is a 5 foot long, red worm that lives deep in the sands of the vast Gobi Desert. To add to the terror factor, the Death Worm supposedly shoots sulphuric acid at its prey to kill and incapacitate it. The acid is reportedly so powerful that it will corrode a human being to the point of death. It is also said to kill prey at long range by using a powerful electric discharge. So, yeah, most terrifying thing ever basically.

The Mongolian Death Worm exists in tales of travellers and the local Mongolians who have been telling the story of the creature for generations. While there have been dozens of unofficial sightings, there has never been any scientific recording of the creature (which certainly helps one sleep at night). Some scientists believe that the Death Worm could perhaps be an eel that used to live in the sea when the Gobi Desert used to have water, and over the years adapted to live in the arid desert. Others believe it could perhaps be a legless lizard (isn’t that just a snake?). Many believe it is simply a case of folklore and myth, a tale told to the children to keep them from wandering too far into the desert.

Many modern expeditions have been made to track down and find this creature, yet all have come up empty handed. Some however, do not rule out its existence due to the fact that the Gobi is a ridiculous huge desert, and the Death Worm is said to live deep below the surface, inside the cool sand. As for us, we are perfectly content with it remaining an unconfirmed cryptid, because once someone finds one of these creatures, it’ll be shipped off to a zoo in your hometown where it will haunt your dreams for all of eternity.

The Monkey Man of Delhi 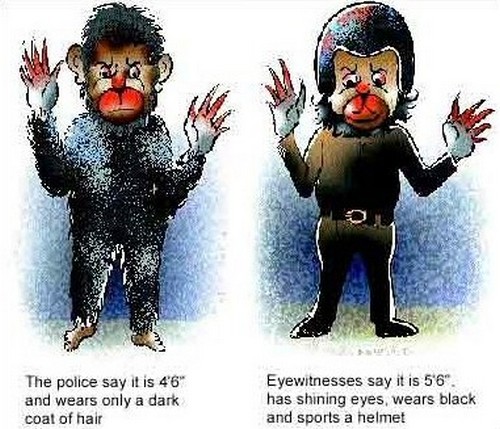 Pair him with a sarcastic salamander and you’ve got a hit cartoon on your hands.

Believe it or not, that little guy has been responsible for two deaths in New Delhi, the Indian capital. The Monkey Man was apparently sighted in a large building and in the panic; some people decided the best escape was by jumping off the building, resulting in the deaths. Strangest of all is that this is not some urban legend that happened to a friend of a friend – the people’s deaths were documented, and sightings of this creature only started in 2001.

The Image above is a police sketch of the Monkey Man: a short, hairy, monkey-like creature that some believe to be a miniature bigfoot, a form of the Hindu god Hanuman, or just a really hairy midget. The Monkey Man had allegedly attacked over 15 people in one sighting, causing many scratches and lacerations. Since then, alleged sightings of the Monkey Man has led to panics. In 2001, a Hindu Sadhu (similar to a wandering holy man) was beaten up by a mob, because the four-foot-tall fellow was mistaken for the monkey man. Days later, a van driver was severely assaulted after being mistaken for the Monkey Man. While pretty terrible, it’s also hard not to laugh. How unkempt do you have to be that people think that you are a foul, hairy monster? I mean, we’ve all had days where we haven’t had time for a shower and a shave, but boy, those dudes must have been pretty nasty to be mistaken as the Monkey Man.