Home Home The 11 Oddest Headphones You Can Buy

Studies have shown that when people are unable to find personal space, be it on a crowded subway, city street or uber-nerdy “Con” of some description, they make their own space. Isolating yourself from your fellow man and the dreaded act of conversation is human nature. Thankfully the good people at Apple and its various imitators have supplied us with the means to carry godlike amounts of our favorite music around with us at all times. In an increasingly urbanized population, that’s very important, but one still needs to transmit that musical goodness to your earholes. That’s where headphones come in. While most manufacturers go for the sleek and functional look, sometime they go the other way entirely. For the individual who desperately wants people’s attention, but not the obligation to engage them, we present these garish and tacky nightmares. 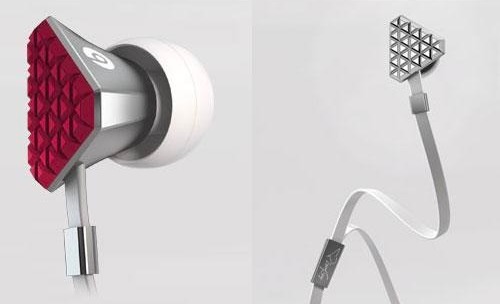 Subtlety is not one of the attributes Lady Gaga holds close to her heart. And when you wear sunglasses made out of lit cigarettes and get naked in your videos to dispel penis-related rumors, you need headphones to match you “personality”. The duchess herself explains these freakazoids thusly:

“In the deepest hour of the night, I confess to myself three things; I would die if I was forbidden to write, forbidden to love, or forbidden to fashion. Heartbeats embody the trinity of my human-being…”

So why they look like a girly version of a Nintendo Wii wrist-strap is anyone’s guess. 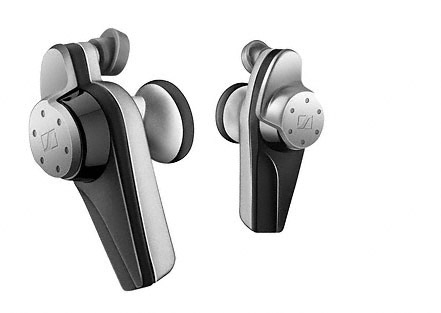 You’re looking at the first commercially available wireless earbuds that don’t need to be wired together. Yep, for only $600 they’re perfectly happy transmitting your music without a cord. Except for the one that connects the sizeable base unit to your media player. Sure they look exceptionally awkward. Sure they’re big enough that they require a clamp to stay in your head. Sure current technology makes the cost laughably high. But that’s the price you’ll have to pay if you want to walk around looking like you’re wearing not one, but two Bluetooth headsets. Turbo-douchiness requires sacrifice.

Unless you’re waiting outside of an abandoned factory for a rave to start or are a representative of Pfizer, there is no excuse for wearing these. ‘Nuff said. 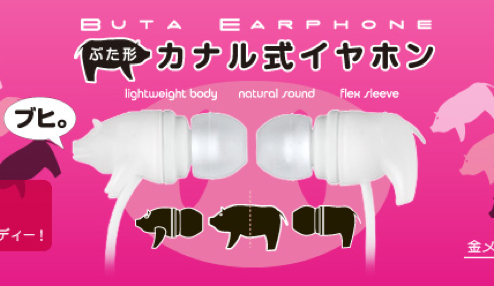 In case you were deeply concerned, that “natural feel” does in fact refer to the pig. Rest assured, for $11 plus import fees, you can look like an extremely long pig (that mimics the texture of live hog flesh) was jammed into your head. Seems complicated, we know, but that’s why they explain it right there on the packaging. Aside from looking like a jackass, the other serious downfall is that these little piggies simply don’t have the decibels to drown out the parade of comedians you’ll encounter making the same “pigheaded” jokes all day long. 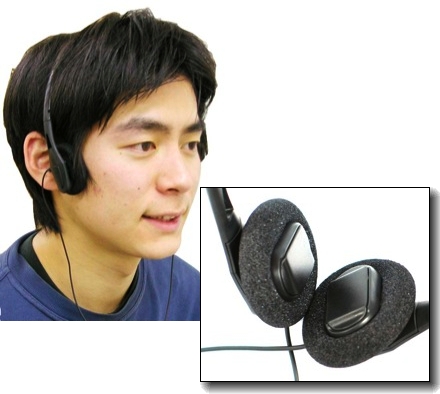 There have been some attempts at using bone conduction technology by the tech industry. Theoretically, it could be cool to have your music transmitted directly to your brain through your bones, bypassing the actually “hearing” part all together. But when you decide to make them look like worn out versions of the dollar store headphones from your grade school tech lab, you might have problems with market penetration. With no indication of their deeper purpose for those around you, you’ll simply look like you’ve somehow made it through life without understanding the function of earholes. 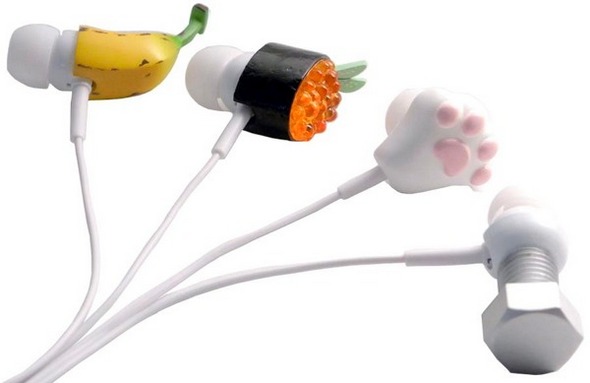 A two-for one deal! Pictured above are series one and series two of the ‘craziest’ earphones Solid Alliance could dream up. Can you believe this insanity? They’re headphones… with objects on them! What are those objects doing there? They’re just there! Madness! So why pay for cheap, poor quality headphones when you can express yourself with… crudely sculpted, slightly more expensive, poor quality headphones! 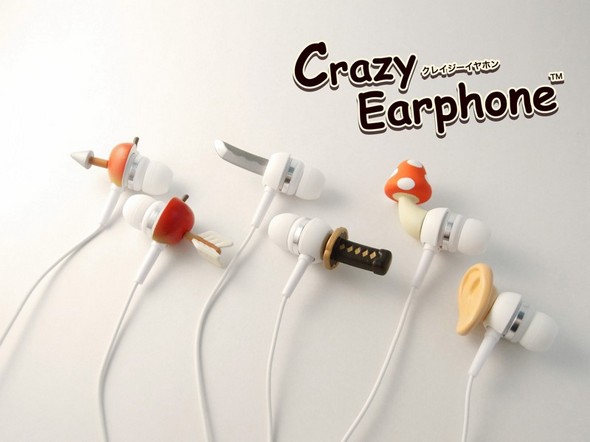