We get it about vodka; it’s basically the closest you get to pure alcohol before you start getting into drinks that are less liquor and more fuel for small engines or paint solvents. It’s easy to make, incredibly popular, and in what way does that excuse any of these ridiculous flavors?

First things first, we know no Italian made this, which is probably why this brand is named after an insane French painter. The Italians have their own kind of alcoholic jet fuel, and they’d never waste a good espresso on this. Instead we’re left with the utter bafflement of a coffee-flavored vodka, where anything pleasant about the coffee flavor is removed.

Seriously, this is like making “bitter tasting vodka”. Why does this even exist? Who drinks this? Who makes a drink with this? Why not just put vodka in coffee? You’d get the same effect.

Oh, also, if the double espresso isn’t bitter enough for you, some company out there makes a triple espresso. Bacon is trendy right now. The joke is “everything is better with bacon.” So people wrap turkeys in bacon, cover bacon with chocolate, wear t-shirts that look like bacon, and in short generally make themselves look like thirteen year olds with no self control. Which your author, looming above you because he gets paid to write about cartoons and toys, is totally better than.

Anyway, somebody actually took this joke seriously and infused vodka with a bacon flavor. This seems like an absolutely awesome idea until you stop and realize that there is precisely one, count it, one drink that would benefit from this flavor, and that’s a bloody mary. Everything else is just rendered kind of disgusting; we don’t drink screwdrivers because they taste like breakfast. 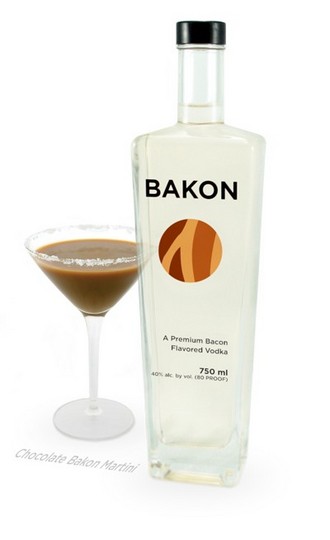 You already know you’re in trouble when a vodka brand describes itself as “seriously fun” and “super-premium”. That’s like E! shows calling themselves “super new”. Adding “super” doesn’t make something good.

Apparently, Three Olives is English vodka, which they gloat about importing as if the English were known for their vodka. If they have to flavor it like it’s tasting like bubble gum, then maybe they should trade up. How’d the English start brewing vodka anyway, did they leave a batch of beer in the vat too long or something? 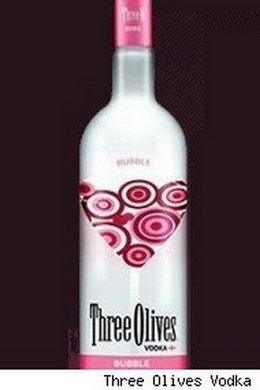 Bison grass is, well, grass. It’s what bison eat. The idea is that by adding a tincture of bison grass to the vodka, you get the smell, and presumably the flavor, of fresh-mown hay.

First of all, we question the idea of hay-flavored vodka. No. Just…no. We’re not horses. If horses start drinking martinis, well, then we need to stop dropping so much acid. Secondly, bison grass has a small problem in that it’s full of poison. Bison grass contains lots and lots of coumarin, which is the main ingredient in some rat poisons.

It’s been banned across the world as a food additive. Oh, and just to add to the stupid, it attacks…drumroll please…the liver.

So your vodka has a plant full of a poison that attacks the one organ a drinker really needs up and running. Great work, guys. Just…spectacular work.