The G.I. Joe franchise spans over two-decades of low-quality animation, cheaply made toys and the D list Wayans brother. It may not sound like much, but it’s a legacy that few others can compare to. That said, there’s more than a fair share of soldiers not helping the war effort on either end of the conflict between good and evil. These are their stories.

William “Refrigerator” Perry was tapped to become a G. I. Joe after the 1985 Chicago Bears won the Super Bowl and if that’s the only prerequisite for joining the most elite military force in the world then it’s no wonder people hate America. 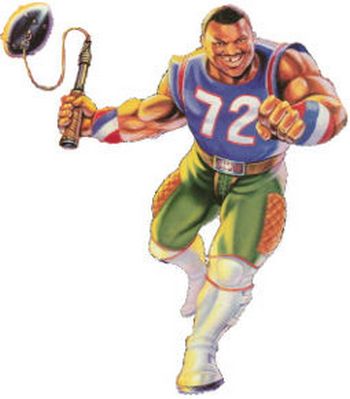 The Fridge became the Joe’s physical trainer because playing football is a natural equivalent to stopping a vast terrorist organization. When Cobra finally gains control of rouge nukes and fires them straight at the moon, don’t be surprised when our men in uniform respond by doing the Super Bowl Shuffle. 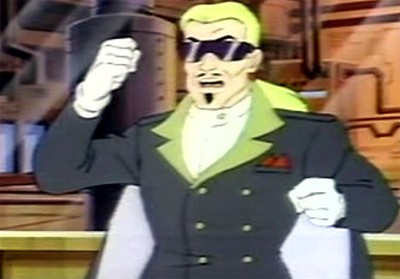 Headman is a drug dealer, and you probably wouldn’t have guessed that from his slick Dick Tracey cosplay there. A successful drug dealer (so much so that he could build his own secret base – go figure), Headman somehow found himself in the cross-hairs of both the Joes and Cobra because he was simply too good at dealing drugs. Perhaps he wouldn’t have been noticed if he didn’t own a secret lair and a zoot suit.

But stop and think about that for a minute: Cobra, a group bent on global domination, somehow found the moral high ground to bring down a single drug dealer. Shades of gray, people. 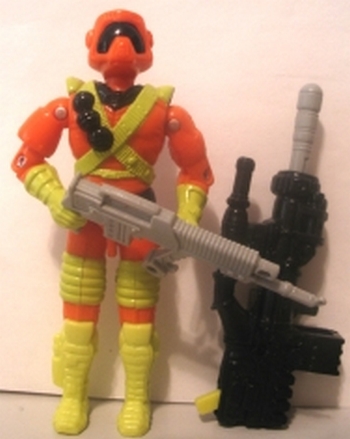 There’s a lot to say about Ice Cream Soldier, but most of that boils down to “he is terrible at code names.” Indeed, a soldier named after a delicious dessert most likely won’t strike terror into anyone’s hearts. But that’s just what Ice Cream Soldier wants you to think. He’s banking on you underestimating him, just like he’s banking on you being totally blind and not seeing him coming.

Dee-Jay’s only real skill set according to his file card is that he was a disc jockey for a really, really long time. That’s… pretty much it. I’m guessing at this point the G.I. Joe application consisted of “Do you have hands?” and “If so, can you hold something that vaguely resembles a gun?” Dee-Jay has that in spades.

According to his bio, Dee-Jay can take anything that makes sound and give it a good beat. That’s great if you’re a drummer, but when you’re the last line of defense for freedom it’s not going to do you a lick of good unless you’re attacked by a renegade dance team. 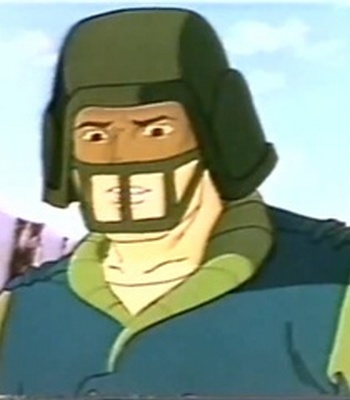 There’s something incredibly sad about Captain Gridiron: his entire shtick is that he was great at college football… but he’s on the same team as William Perry, a man who won the freaking Super Bowl. There’s a grand total of zero stories you can tell to top that, football helmet be damned.

One of the more specialized characters, Crystal Ball is Cobra’s go-to hypnotist. Why Cobra needs a hypnotist on speed dial is anybody’s guess, but of greater concern is that Vincent Price is in league with terrorists. 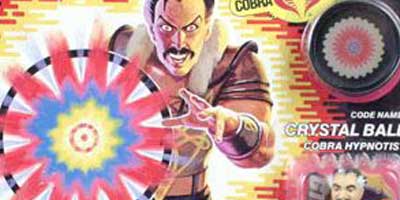 Cobra scientists should just stop. Serpentor was the result of grave robbing and genetic experimentation (presumably because Dr. Mindbender has never read Frankenstein) in an attempt to make the world’s greatest soldier out of the DNA of the most ruthless men in history. While this ended just as well as you would expect it to, it’s interesting to note that Hannibal was left out of this cocktail of crazy because Dr. Mindbender decided to just revive him completely. 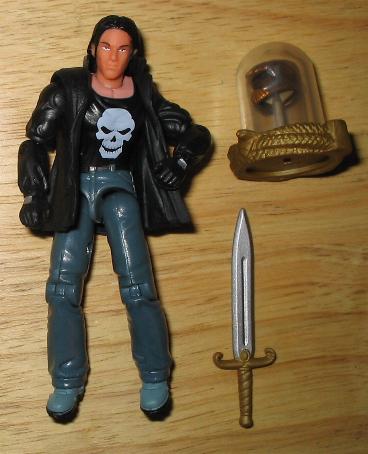 He’s been modernized somewhat, wearing what one might expect from a Metallica fan and not a Carthaginian tactician, so he’s got that going for him. If the Joes ever raid a metal music festival he’ll blend right in. But then there’s the issue of him actually entering modern combat. The man is armed with a sword and a shield, possibly the ones he was buried with. Did Mindbender not tell him about the invention of the gun? Did he not see all the Cobra troops running around with laser rifles and wonder what those fire sticks were all about? How do you revive someone who has been dead for over two-thousand years and not give them a crash course on modern military action before sending him into the field hoping he doesn’t step on a landmine?

The Joes got the Fridge as their trainer. Cobra got Big Boa. 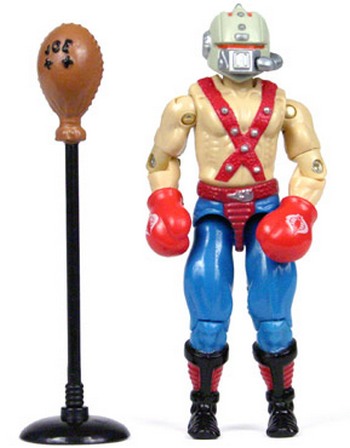 And now you can understand just how this became such a one-sided conflict.

Looking like a mix between an amateur boxer and the worst kind of fetish gear, Big Boa was originally intended to be Rocky Balboa’s arch nemesis (we’re guessing that Cobra took issue with Apollo Creed). At one point Balboa was going to be a G.I. Joe character, but since he doesn’t occupy the first, third and seventh slots on this list, that obviously didn’t happen. This begs the question: why the hell keep Big Boa on the payroll? In case Cobra comes across Butterbean?

If this list has brought anything to your attention, I hope it’s the fact that G.I. Joes are terrible with code names. Some are simply lazy, like Captain Courage, and others are intentionally terrible, like Ice Cream Soldier above. Then you have the completely unrelated. This brings us to Chuckles, undercover spy and apparent extra on Miami Vice. 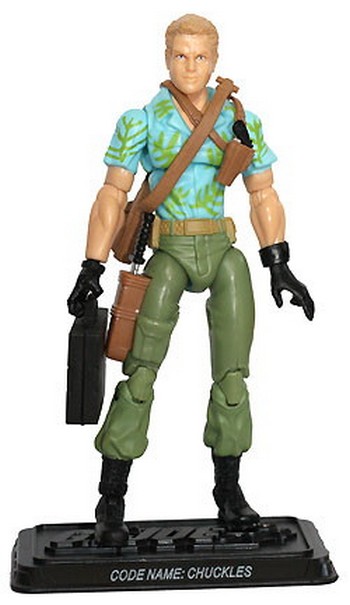 I understand that not all spies are the same, but the one thing they do have in common is awesome names. For proof of this, please watch any James Bond movie ever. How one can commit acts of espionage and seriously call themselves Chuckles is anyone’s guess, but hey, he’s got the cover thing totally nailed. He’ll blend right in at the next Cobra Luau and Singles Mixer.

If there were ever a poster child for moving targets, it’s Quick Kick. 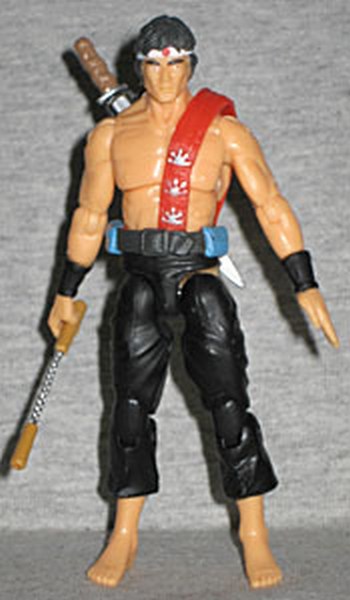 Serving as one of the few Asian characters not to be a ninja, Quick Kick is adept at martial arts because hey, Asian guy. That doesn’t explain why he doesn’t feel the need to wear shoes or armor. I mean, you could go an entire season of the cartoon without a laser actually making contact with a human being/robot, but if someone actually bothered to aim, who do you think they’d gun for first? The asshole without armor, that’s who.