56Cartoon characters are meant to be fun, entertaining and sometimes teach us how not to act. These characters have an ego on them the size of a freight train and they are not the least bit ashamed. Get ready to relive some childhood fun with some of the most egotistical cartoon characters of all time.

This high energy pup first appeared in 1979 as a way to save Scooby-Doo from cancellation. He was seen as the nephew to the beloved Scooby-Doo and by 1980 the entire series was redesigned around Scrappy-Doo. This little dog has an ego bigger than his uncle as he believes he can solve any crime and fight any monster single-handedly. You will rarely find a cartoon character so vehemently described as Scrappy-Doo, but hate him if you must, this pup did keep the much-beloved Scooby-Doo on the air. Perhaps he got his ego from knowing that Shaggy and Scooby Doo’s jobs depended on him being the puppy that everyone loved to hate. 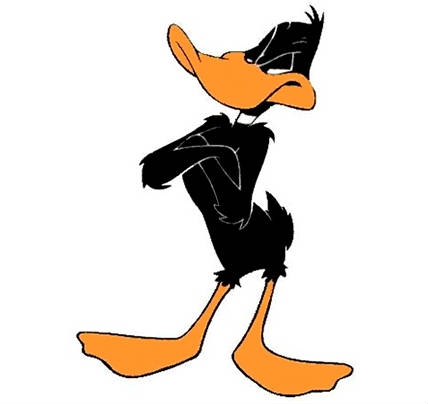 Daffy Duck is perhaps the original egomaniac of cartoons. He always places himself first and would sell out his best friend if meant getting rich or saving his own skin. His arrogance and greed often get him into trouble, which in the end makes him worse off than whoever he betrayed and yet this stubborn duck continues to believe that he is better than everyone else. It is no wonder then that nearly every episode found some way of punishing Daffy and he still never got the hint. 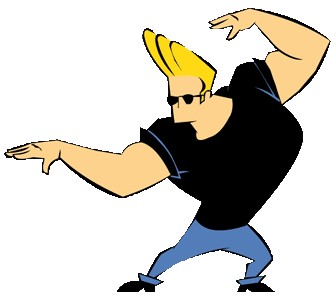 This twenty-something mash-up of James Dean and Elvis Presley has an ego that often gets him into large amounts of trouble. Despite the fact that he has never had a successful relationship, lives with his mother and spends most of his time being outsmarted by a little girl, he still manages to think highly of himself. This can actually be considered quite the accomplishment, especially his die-hard belief that every woman that beats him up “wants him.”

The supreme leader of the terrorist organization Cobra. Like most evil villains he has an ego, but his ego trumps most others that you will find. He would often lead assaults himself, and then be the first to retreat if things ever went badly. He would also work for his troops almost to the point of mutiny and most of his plans failed because of his own arrogance. His life revolved around a desire for power and he would allow nothing but himself to get in the way of his ambition.

This power-hungry businessman loves himself almost as much as the rest of the world seems to. Lex managed to go to prison and become a supervillain while still having the support and love of the public. It’s hard not to be an egomaniac when you can do everything wrong and people still cannot help but love you. 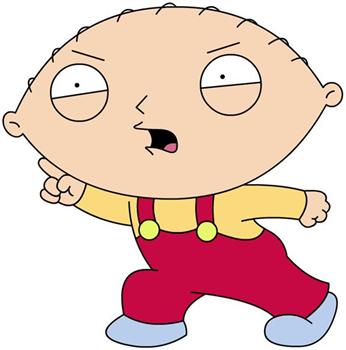 Stewie has become one of the most infamous cartoon characters on television. He is a genius infant who constantly builds devices bent on world domination, or to kill Lois. He also runs a number of getting rich quick schemes that always seem to work out and he refuses to help anyone but himself, not even Brian who is the closest thing he has to a friend. He has a habit of berating everyone around him in a superior tone and honestly believes that he was born in a family of no talent imbeciles. 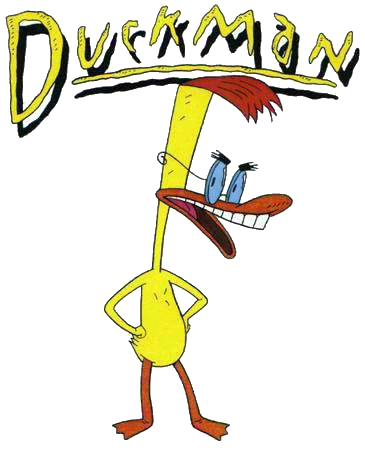 This guy never knew when to quit, unless of course there was something better to do. This lowly widower private eye made a very poor living and does little to support his children or do anything meaningful with his life. His end goal is to simply make enough money to ensure that they don’t turn off his beloved cable. His assistant Confed, does most of the work and allows Duckman to be a selfish, lazy oaf while still having money to at least attempt to care for his children.

Brainy Smurf was the most stubborn, arrogant and egotistical of all the smurfs. He was always lording his intelligence over the other smurfs, even though when push came to shove the other smurfs had more common sense than Brainy could ever dream of. The only person that could even begin to convince Brainy that he was wrong about something was Papa Smurf. Brainy never learned though, and many episodes focused on trying to get Brainy out of trouble after he had tried to prove that he truly was better than all of the other smurfs.

There is little doubt that Bender finds himself to be superior to all his human and alien friends. It’s also hard not to agree when he’s basically indestructible, serves a multitude of uses and lives on beer. Bender will sell out his closest friend for some quick cash, though he might regret it later, he’ll still choose the cash every time. He also takes pleasure in the misfortune of others and believes that humans will always be inferior to robots.

This common lab mouse believes that he has the ability to take over the world. He puts all of his faith in his supposed intelligence, though he will either overestimate the abilities of his mindless assistant Pinky or the success of the plan itself. The brain truly believes that he is the only creature with the mental capacity necessary to rule the world. Though in some episodes he does express his wish to make the world a better place through his power, his ego and unemotional nature make that goal seem unlikely.

This shockingly profane and always politically incorrect child is one of the most popular characters on the show. His only goal is to please and amuse himself and he will gladly throw anyone under the bus if it means a good time for him. Cartman is always telling his “friends” how much he hates them and always lets them know that he finds himself vastly superior to them. He is widely despised by everyone in his class and throughout most of the town, who have told Cartman that their opinion of him could never get any lower.