Blue light from digital devices is causing a lot of harm to today’s generation that cannot live without them. Smartphones have become like an extension of people’s hands that they cannot let go of them even when visiting the washrooms! Goods and services can now be accessed with a few simple swipes or clicks on computers and the world has a global village. Instant communication across the world that was beyond imagination only a few decades ago is now a reality. However, with so many digital devices within our reach at any time of the day, blue light is becoming a problem. It poses dangers to not only eye health but overall health as well. This is why the adoption of blue light or computer glasses has quickly become trendy. Even so, not all blue light glasses are good enough for your eyes so read on to find out which ones are. 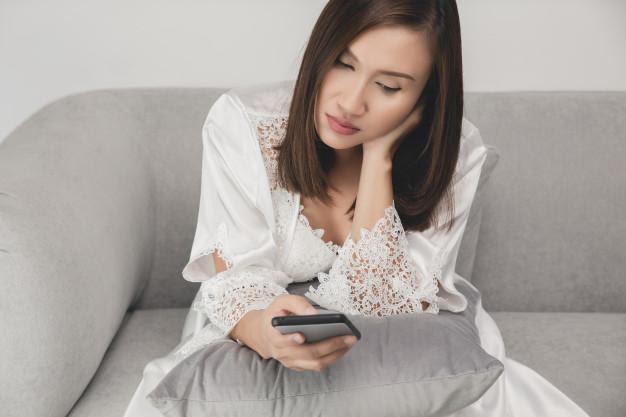 All visible ‘white’ light that you see either from the sun or from digital devices display screens, contains a variety of differently coloured rays. These are red, orange, yellow, green, blue, indigo, and violet in that order on the electromagnetic light spectrum. The red end of the spectrum has long wavelengths and little energy levels while the blue end has short wavelengths with high energy.

The sun is the most abundant source of blue light since it can be found in all places the rays of the sun touch. The digital devices that also produce blue light include smartphones, tablets, laptops, computers, flat-screen LED televisions, and LED fluorescent light bulbs.

The sun’s blue light plays an important function of waking you up because your eye has light-sensitive receptors that send a signal for the brain to stop the secretion of melatonin, a hormone that helps you sleep. Blue light from the digital devices, on the other hand, is a source of trouble for your eyes, sleep, and the health of your body. This is because you are constantly exposed to it day and night, at close ranges.

2. How Does Blue Light Affect Your Eyes?

Blue light is a high-energy light that can penetrate past the cornea to the retina of the eye. In addition to the exposure of blue light from the sun, contemporary human beings are exposed to about 12 hours in total of blue light from digital devices in a day! This is not just during the day but extends up to late hours of the night as they mindlessly scroll through their mobile phones, extend their working hours on computers, or watch movies. This overexposure to blue light can be overwhelming for the eye and it may lead to a number of problems:

It is also known as computer vision syndrome and it’s one of the most common temporary effects of using digital devices for prolonged periods. Its symptoms include blurred vision, red, teary and sore eyes, back and neck pains. It is caused by the intense concentration of blue light on your eyes, staring at your screen without blinking, and the glare of light that bounces off the screen and into your eyes.

Although this is a temporary condition that you experience during and shortly after using devices, if it keeps on happening often it will lead to more serious eye conditions.

This is a condition that mostly occurs as you age and it involves the breaking down of cells in the retina. It results in blurred vision since it affects the area of the eye responsible for clear vision. Overexposure to blue light accelerates the development of this condition since the high energy waves are concentrated on the retina.

5. How to Test Blue Light Glasses

The best blue light glasses to wear at night are the ones that block 100% blue light from reaching your eyes. If glasses let in even a little blue light, it will interfere with your sleep quality. However, these types of glasses distort images and interfere with visibility. For glasses that you will use during the day, you can go for those that block partial blue light for the sake of clear visibility as you move around.

The surest way to know how much blue light glasses block is to request for a transmitter spectrum from your retailer before purchasing them. It’s a graph that shows you the percentage of light going through the glasses according to their wavelengths. Blue light exists in the 380nm-470nm wavelengths so you can estimate which glasses you need depending on your needs. For glasses that you need for visibility during the day, you can go for those that block blue light in the 400-450nm wavelengths. If you’re looking to block all blue light, go for glasses that block 480-520nm wavelength range.

What Else Makes a Good Pair of Blue Light Glasses?

When there’s a significant contrast between the light in your surroundings and the brightness of your screen, light tends to create a glare on your screen. This leads to eye strain which is an uncomfortable feeling that affects your productivity. Buying blue light glasses with an anti-reflective or anti-glare coating will save you the trouble of dealing with eye strain.

Ocushield glasses are Class 1 medically-rated glasses that are made in consultation with optometrists. They are made with the aim of protecting your eyes and preserving your sleep.

You can also look classy and trendy while wearing a pair of blue light glasses. They are made in a variety of fashionable frames and you can choose whichever suits your style.
Ensure you carry out a blue light filter test on your glasses before buying them to avoid spending your hard-earned money on a pair that will disappoint you. 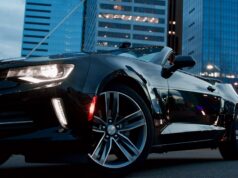 4 Reasons to upgrade your car with LED lighting – 2020 Guide