Home Sports 5 Reasons Why Are Some Sports Less Popular?

If you watch and enjoy sports in any capacity, you have probably noticed – some sports just tend to be a little less popular. They may even be considered “niche” by some, and that is okay. Yet, the question still persists – how come to some sports don’t attract the same crowd? Well, there are many, many reasons behind this answer.

If you went to bet365, though, you would see that indeed some competitions garner so much more interest than the rest. In this AskBettors review, you can read how some markets are covered extensively, in the thousands, whereas are more limited in scope and breadth. Alright, let’s start from the top.

How Accessible Is The Sport We Are Talking About?

Some sports just tend to be more accessible, and this is a fact. Ever wondered what makes soccer so easy to play? Well, you don’t need a professional equipment for it. Sure, having a nice goalie and a nice field to play it would be nice, and so would have a nice ball, but as long as you have something to kick around, you can play it.

That is what has made the game appealing to so many people around the world. Virtually every single person on the planet knows about soccer, but not many have heard about handball, for example. Well, not many, when compared to the world’s population.

So, soccer is the world’s most popular game because of how accessible it is, and that is a fact. Of course, accessibility has sprawled into other aspects of the experience, such as creating sustained competitions that further push the game’s popularity.

Europe and North America are completely different when it comes to sports preferences. You have the United Kingdom, where soccer is the go-to game, but then again, you have the United States, where American football is pretty much the norm.

American football is played in high schools and colleges and normally – at the highest professional level. In a country of 320 million people, American football has been one of the most cherished sports, but people around the world know about it, once again, because of cultural reasons.

You don’t get so many people watching, of course, but the sport is very popular and has a solid following in all corners of the planet. So that settles the cultural reasons about a game being so popular.

Quite understandably, a sport’s popularity is very easily influenced by things such as government policies and popular culture. There are numerous examples of why this is the case. Let’s take American sports, for example. In the United States, colleges and high schools have very strong athletics programs – better than most other countries around the world.

That is not to say that the US produces the best athletes always, but it gives a fairly good chance to its entire young people’s population to try and see if they want to follow this path. This is one great example where government policies can really help shape up the popularity of sports.

Athletics, baseball, swimming, football, basketball, and many other sports are practiced at a school level in the United States, and if you want to be any good, you can at least try. That creates a bond with the sport you are playing, and even if you only played baseball recreationally in high school, you may be more inclined to follow it on TV.

Then, there is pop culture. In Japan, for example, baseball is quite popular because of many TV series that promoted the game. As a result, the Japanese developed a fever for the sport, and it’s still there years after the first TV series aired!

Yes, sports that have better role models will have more following, and this is a fact. Just think about Lionel Messi and Cristiano Ronaldo and how both players and how anything they do is scrutinized by billions of people around the world, and that is a natural thing. Yet, the fact that you have such role models allows every sport to expand, and most of all, soccer.

Of course, many sports try to have exemplary sportsmen and women, but it certainly takes time and effort. Sports are generally uncompromising on how an athlete should behave, as they should be a good role model for people out there.

Not least, there is the TV coverage to consider. No matter how popular or unpopular a sport is, you will notice that there is a direct correlation between TV coverage and a game’s prominence in society. You may not be a soccer fan. You may never have enjoyed watching soccer, but the fact that there is soccer on TV exposes you to a lot of it, and, over time, you may actually start watching the game.

Look, some sports can be just too complicated. One of the reasons that American football is popular despite how complex it appears to be is that people in the United States are familiarized with the game very early on, so they don’t exactly feel at odds with the rules. But, to the outside, getting the rules of American football can be a bit of a nightmare.

The way the sport is broken down into segments is also another difficult bit to follow, and not least, there are a lot of pauses where referees try to figure out things, and that’s just not what people enjoy unless they are used to it.

That is one of the reasons why baseball is often so difficult. Baseball fans are a bit of stats “nerds,” and even people who don’t like maths, for example, will try to dig deeper into each player’s attributes and performance. That brings us back to our first point – accessibility.

Soccer is so easy to follow. There is a goalie and one team trying to score. That’s about all there is. Simplicity has definitely played a role in determining soccer’s popularity. 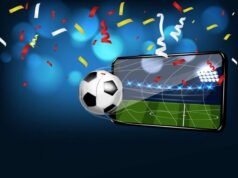