Home Health Six Parasites That Could Be Inside You Right Now

Every living thing has at least one parasite living either on it or in it. As humans we have a clear-cut image of what that means, but the number of parasites that feed on us is truly staggering and their effects varied.

Let’s start off easy. Anisakis is a worm with a complicated life cycle involving fish and other marine life, and is most commonly passed on through the consumption of raw meat, like sushi. Thus infections from anisakis, anisakiasis, are most common in parts of the world that regularly eat raw fish, such as Japan, the Netherlands, and parts of South America. 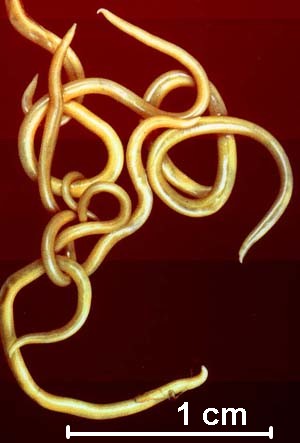 While not fatal (since the parasite can’t survive for a prolonged period in a human host and can’t transfer to another from within it), the symptoms are pretty terrible; jaundice, enlarged liver, vomiting, weakness of the muscles, tingling of the skin, increased heart rate, persistent headaches, and that’s if you’re lucky. Many cases lead to bowel obstruction, so enjoy that.

Preventing infection is simple and is done by proper food handling. When cooking fish, the FDA recommends that it be heated to sixty degrees Celsius or higher, or frozen at negative twenty degrees Celsius for a full seven days.

Though the name would imply an almost cute nature, the Guinea worm causes dracunculiasis, which is probably the most terrifying (and awesome) name you can give to an infection. The life cycle begins with drinking water (where water fleas gather), making it common only in areas with poor water supplies. In 1986, there were three and a half million cases of infection, so think about that for a second the next time you take a swig. 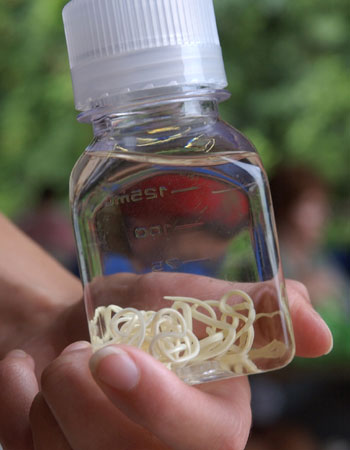 As stated before, infection begins with the consumption of water containing contaminated water fleas. These fleas carry the larvae and are destroyed by digestive acid, but the larvae isn’t. Instead, they hatch and find their way into a body cavity and wait for a mate. This part of the process takes about three months.

Now loaded with up with larvae, the female moves to the lower extremities, usually the feet, creating a burning sensation as it travels. But that’s not the worst part, oh no; when the worm reaches its destination, a blister appears and, in the next three days, ruptures, revealing the worm. Surprise! You’re a hideous monster! 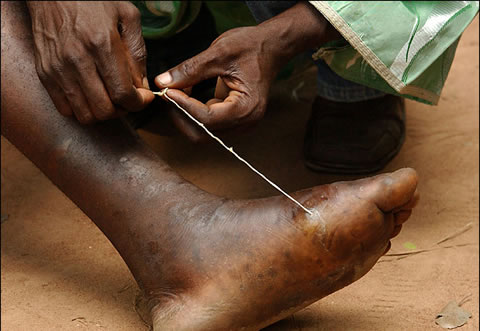 Not safe for work, by the way.

Removing the worm is just as painful a process, described as an incredible burning sensation, but those who don’t seek professional treatment usually make it much worse for themselves as well as others. Because of the burning, they’ll the dip the blister (and worm) in water. Unfortunately, this prompts the worm to expel thousands more larvae, renewing the cycle and presumably pissing a whole bunch of people off.

Thankfully, education about the Guinea worm has spread and currently cases largely occur in parts of Africa. The Carter Center predicts that dracunculiasis will be the first parasitic disease to be eradicated without the use of vaccines or other drugs.

Unlike our previous entries, this one isn’t a worm. Instead, trypanosoma brucei is protozoan organism, making it microscopic. So no, this one isn’t likely to pop out of your skin a la Aliens.

The disease it can cause goes by many names. For simplicity’s sake, let’s go with “sleeping sickness” because it implies some sort of peacefulness. Anyway, sleeping sickness is pretty terrible and occurs in two stages. The first has such crowd pleasing features as fever, headache, joint pain, itching and eventually a swelling of the lymph nodes. Then comes cardiac and kidney dysfunction before the second stage even starts. 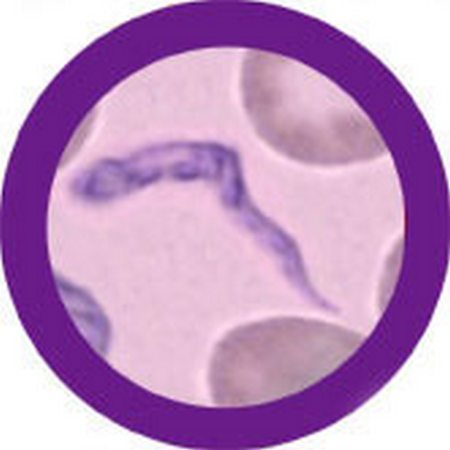 Stage two rolls in with the parasite invading you central nervous system, causing confusion, bouts of fatigue and night-time insomnia, preventing sleep for long periods of time. This often leads to coma or death, and even if it doesn’t, the damage done at this point is irreversible, so you’ll might wish you were dead anyway.

The disease is currently endemic and occurs almost exclusively in Africa.

The Chigoe flea is tiny. In fact, at one millimeter in length, it’s currently the smallest flea in the world. It would almost be cute if it weren’t such a tremendous asshole.

Making its home in tropical climates, the female flea will burrow in the feet of mammals, staying there for two weeks, biding its time, developing eggs and causing mild irritation. After two weeks, the flea creates a ten millimeter blister with a small black dot in the center. That dot, by the way, contains several of the fleas limbs and reproductive organs. Enjoy that image for a second. 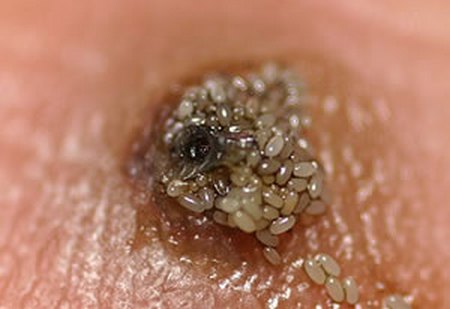 Still not safe for work, in case you were wondering.

While feeding on the host’s blood, the flea will eventually lay several dozen eggs (again, through the black dot) which won’t find their way into the host. Eventually, the flea dies out as the affected skin is removed.

The flea is relatively mild when compared to other parasites, causing at most an infection and mild nerve damage should its size increase too much. However, complications can always occur from infections if not treated quickly and properly.

Also known under the deceptive name “common liver fluke,” this worm has a complex life cycle that starts with a freshwater snail. From there, humans and other mammals take on the parasite by eating contaminated water plants, such as watercress. What, you’ve never heard of watercress? 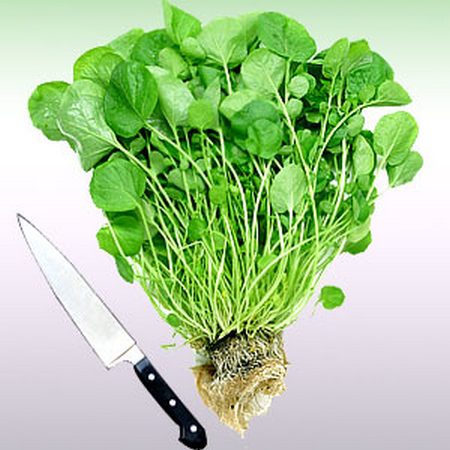 Fun fact: this is the least upsetting image in the entire article.

Once consumed, the immature flukes make contact with the acidic environment within the stomach and promptly begins burrowing into the intestinal lining and eventually finding the liver. Here it begins to feed and lays several thousand eggs, causing anemia. Not too terrible, right? Thankfully, this parasite can be treated with medication.

However, it does have an unfortunate consequence in some cases. The liver damage caused in early stages can be made that much worse should the original contaminant also contain clostridium novyi bacteria spores, which are commonly found in soil and feces. These spores are activated due to low-oxygen conditions present in the body; leading to “black disease,” which itself can cause a variety of kidney damages and – potentially – death.

Rounding out our list of horrors, this one is yet another worm bent on messing up your shit. Like our first entry, this parasite begins its life cycle in fish but can also be found in poultry and frogs, posing a triple threat to anyone who will eat any kind of meat uncooked, though chances are they’re asking for it anyway. 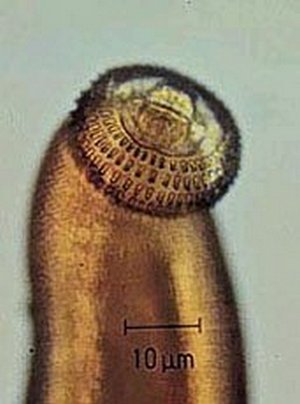 The larvae partake in a fantastic (if not terrible) journey once consumed. First, they’ll bore through the stomach to wherever they just happen to end up and hang out at that destination for about three months. Then, they return to the gastric mucosa to mature another six months before laying eggs. The eggs are carried in feces which, should they find their way to fresh water, continue the cycle.

This, however, doesn’t occur in humans because it isn’t a survivable habitat and the worm eventually dies out. However, that doesn’t mean it won’t cause trouble. Meningitis, encephalitis and hemorrhages are all possible. In severe cases, paralysis of the limbs and loss of bladder control are also common. Enjoy that sushi, kids.