Space ships are a staple of science fiction, and a favorite of geeks and nerds everywhere. But not all fictitious space ships are created equal. Some are big, some are small, some are fast, some are slow, and some are so ridiculously badass that if you ever saw one up close you’d soil yourself from the sheer awesomeness of it all. These are no dinky exploratory vessels like Star Trek’s USS Enterprise. These are mighty interstellar harbingers of manliness and destruction, and we here at Weird Worm have brought you a selection of some of most badass of the badass.

Don’t let the goofy name fool you. The titular ship of the sci-fi TV series Battlestar Galactica is as tough as they come, especially if we’re talking the version from Ron Moore’s gritty reboot of the series.

The Galactica survived the first war with the Cylons — evil robots out to destroy humanity — and was eventually retired as a museum ship after decades of service… only to be pressed back into the fight when the Cylons returned and wiped out almost every human being alive. Being the last ship with computers old enough to be unaffected by the Cylons’ computer virus, Galactica went on to provide the only source of defense for the remnants of the human race, single-handedly holding back the Cylon hordes and surviving violent atmospheric reentries, boarding parties, and countless battles. This is a ship that takes a lickin’ and keeps on killin’.

In addition to its durability, the sheer scale of the Galactica is incredible. For perspective, its side-mounted landing pods, relatively small compared to the rest of the ship, house whole squadrons of fighter craft and can accommodate large passenger ships comfortably. 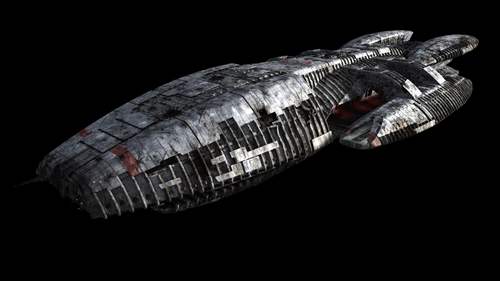 And this is how it looked before it got really beat up.

Star Wars’ Death Star may not be a ship in the strictest technical sense, but we’d say it counts on the grounds that it’s in space, it can move around and it’s badass as all hell. In fact, if the god of badassery were to pass out after wrestling some polar bears and then have an exceptionally badass dream, it might almost be half as badass as the Death Star.

This is a station the size of a small moon whose sole purpose is to blow up planets that happen to have gotten on the Galactic Empire’s bad side. Its whole purpose is to dispense death on a cosmic scale — it’s even in the name.

Of course, the Death Star does have some flaws. Like that one little exhaust vent that, when targeted by an extremely skilled young Jedi apprentice, causes the entire thing to explode. But hey, let’s see you build a planet-destroying super station and not miss a few little details. 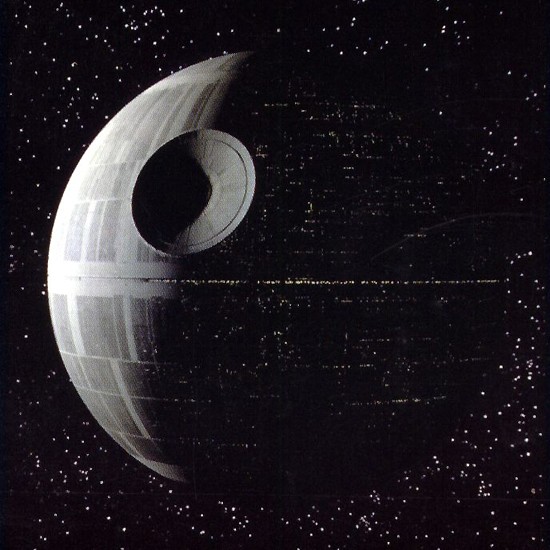 The Empire doesn’t believe there’s such a thing as “overkill.”

Star Trek: Nemesis, the last of the Star Trek movies using the Next Generation cast, has a mixed reputation among Trekkies… some believe it sucked, while others insist that it was in fact the suckiest film that ever sucked in the history of sucking. However, one thing that no one argues about is the Scimitar, the massive warship employed by the film’s villain, is a fine example of badassery.

The Scimitar is massive and armed to the teeth, carrying dozens of attack fighters, hundreds of nightmarish alien soldiers, and countless weapon systems. It can also cloak so as to render itself undetectable to other ships, and unlike other cloaked ships in the Star Trek universe, the Scimitar can still fire its weapons while cloaked, allowing it to devastate its enemies with impunity.

And if all else fails, the Scimitar is also equipped with a radiation weapon capable of killing every living thing on a planet in minutes. Definitely not the sort of thing you’d want to cut off in traffic.

In the mythos of Stargate: Atlantis — the second TV spin-off of the ‘90s sci-fi action movie, Stargate — Atlantis is a super-advanced alien city in the distant Pegasus Galaxy. However, Atlantis is more than just a city. It’s also a space ship equipped with a hyper drive capable of taking it to other planets and potentially even other galaxies.

While not intended for war, Atlantis is no slouch in a fight, either. The city has an energy shield capable of rendering it virtually impervious to harm, and it is armed with hundreds of psychically controlled drone missiles that can annihilate virtually any attacking ship. When worse comes to worse, it can also submerge itself miles beneath any available ocean to evade attacks.

For surviving tens of thousands of years and several brutal wars and still being the prettiest ship on the list, Atlantis has definitely earned its badass status. 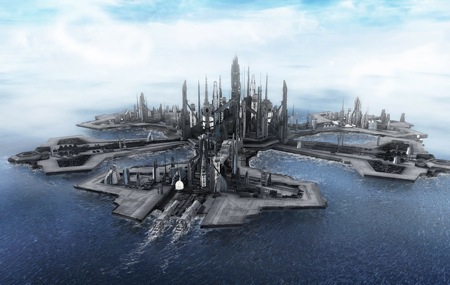 It has lots of ocean view condos for mega cheap.

Hailing from the Starcraft franchise of video games, the massive battle cruiser Hyperion was once the personal vessel of rebel leader turned self-appointed emperor Arcturus Mengsk. As such, it comes appointed with not only the latest and greatest in 26th century weapons technology, but also spacious interiors and luxurious accoutrements not normally seen on a war vessel.

Unfortunately for Arcturus, it hasn’t belonged to him for some time, however. Shortly after his rise to power, James Raynor, a former underling of Mengsk’s disgusted with his betrayals, stole the Hyperion right out of its shipyard and proceeded to use it as a base for a years long rebel campaign against Mengsk’s rule.

The Hyperion has survived battles with alien armadas and tyrannical governments, and it even comes equipped with a rustic cantina complete with a jukebox (playing such hits as “Terran Up the Night” and “A Zerg, a Shotgun, and You”), a video game arcade, holographic strippers, and rare Umojan beer. Now that’s what we call badass. 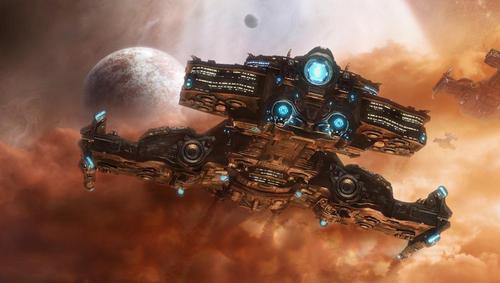 Rides don’t get much more pimped than this.

One of most recognizable ships in all sci-fi, Star Wars’ Millennium Falcon may look rough, but, as Han Solo famously said, “she’s got it where it counts.”

The Falcon played a crucial role in overthrowing the Galactic Empire, but it was wanted by the authorities even before then, having long been used for various acts of smuggling. It is also renowned for its speed, famously making the Kessel Run in less than twelve parsecs.

The parsec is actually a measure of space rather than time, so this statement doesn’t actually make any sense, but who’d dare mention that to Han? He’d just sick his wookie on them.

The Falcon never let age or hard life slow it down, and for embodying the adventure and excitement of the Star Wars universe, it most certainly qualifies as badass. 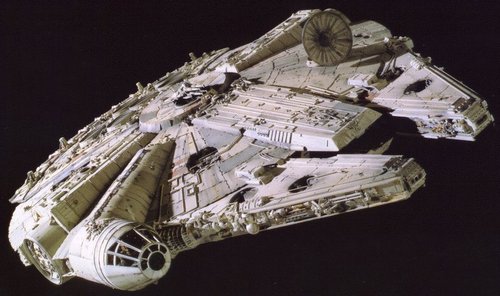 The fastest hunk of junk in the galaxy.

Tyler Edwards is a freelance writer. You can visit his blog at SuperiorRealities. Written by Tyler Edwards – Copyrighted © www.weirdworm.com Image Sources Image sources:

Top 5 Must-Haves for Setting up a Home Bar

10 Tools You Should Not Miss in Your Garage